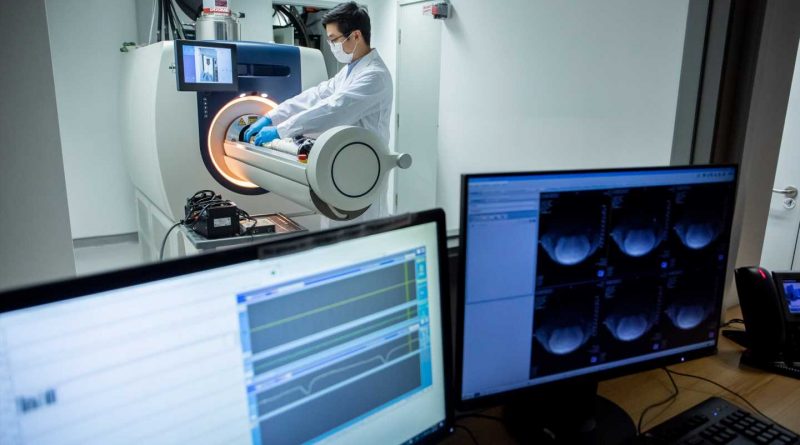 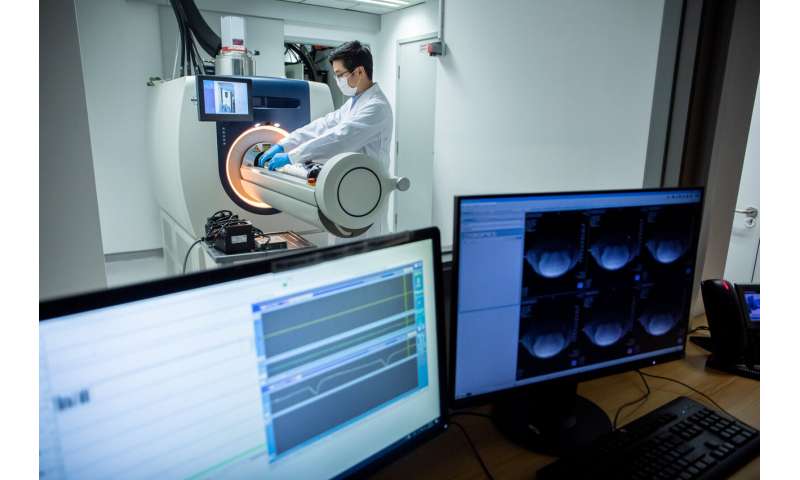 Diagnosis of Alzheimer’s disease, the most common type of dementia, is complicated by its overlapping signs with normal ageing. A collaborative research by City University of Hong Kong (CityU) and Johns Hopkins University has developed a new non-invasive molecular imaging approach based on magnetic resonance imaging (MRI) to dynamically measure glucose level changes in the brain lymphatic system. Their discovery may help in identifying Alzheimer’s disease at early stages so that treatments can start as soon as possible.

Dr. Kannie Chan Wai-yan, associate professor of the Department of Biomedical Engineering (BME) at CityU, and her team collaborated with scientists from the U.S., Sweden and Hong Kong in pioneering this pre-clinical study. Their findings were published in the latest issue of Science Advances, titled “Altered D-glucose in brain parenchyma and cerebrospinal fluid of early Alzheimer’s disease detected by dynamic glucose enhanced MRI.”

A hint of Alzheimer’s disease

“The tricky part of identifying Alzheimer’s disease is that early abnormalities, such as the emergence of protein plaques, are similar to normal ageing in the human brain. Patients diagnosed with symptoms in which deposition of plaques in the brain hampers cognitive function are most likely already in the middle or late stage of the disease. Actually, pathologies in the brain happen 15 or 20 years before the symptoms appear,” said Dr. Chan.

Currently, glucose uptake and metabolism can be assessed by imaging with positron emission tomography (PET) in hospitals. However, the PET scans with radioactive tracers are expensive, and its invasive nature has hindered its general clinical application. Moreover, patients cannot be scanned too frequently with radioactive tracers.

Dr. Chan’s team has spent almost two years looking for a better alternative. They have successfully developed a new imaging approach based on Chemical Exchange Saturation Transfer MRI (CEST MRI) to assess glucose uptake and clearance in the glymphatic system of the mouse brains non-invasively. “CEST MRI has been used in the diagnosis of brain tumors. This is the first time that it is used in assessing the function of glymphatic system,” said Dr. Chan.

Glucose: a tracer to assess the brain’s drainage system function

The team carried out the experiments using a 3T MRI animal scanner at CityU, the only of its kind in Hong Kong. They injected glucose into genetically modified mice with Alzheimer’s disease and healthy mice aged six months and 16 months. The dynamic response of glucose, both in the cerebrospinal fluid and brain parenchyma, were then measured simultaneously using the CEST MRI.

According to the MRI results, the team observed that the Alzheimer’s disease mice have shown significantly slower cerebrospinal fluid clearance rates than the age-matched healthy mice, which is consistent with previous neuropathological findings. “Clearance rates are reduced because of abnormalities in the brain’s drainage system,” explained Dr. Chan. 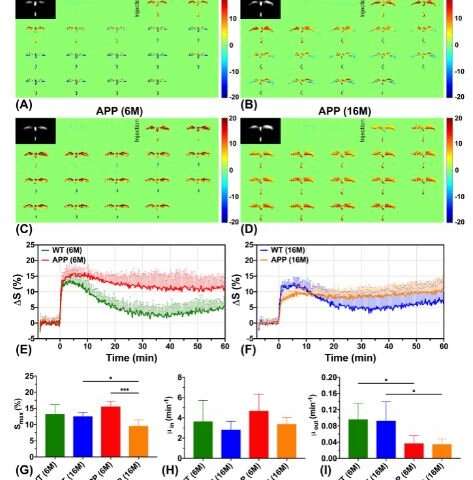 Moreover, significantly higher glucose uptake was detected in brain parenchyma of the six-month-old mice with Alzheimer’s disease compared to the healthy mice of the same age. For the 16-month-old mice with Alzheimer’s disease, significantly lower glucose uptake was found in both brain parenchyma and cerebrospinal fluid compared to the age-matched healthy mice. These results echo with the previous research findings using other methodologies. These also serve as hallmarks to identify Alzheimer’s disease from normal ageing.

The imaging of glucose uptake and clearance in the cerebrospinal fluid and brain parenchyma enables the assessment of the brain glymphatic system. Importantly, abnormalities are detected at the early stage of Alzheimer’s disease when little neuropathology develops in the brain. The team believes this non-invasive assessment of the glymphatic system can serve as an imaging biomarker to reveal the early pathology in Alzheimer’s disease.

“By using glucose as a ‘tracer,’ our imaging method can sensitively detect the distinctive changes of glymphatic system function at the molecular level at an early stage of the disease, helping us to differentiate it from normal ageing,” said Dr. Chan. “Additionally, glucose is natural, biodegradable, and commonly used in hospitals, such as the glucose tolerance test. Using it as a contrast agent for MRI is non-invasive and safe.”

She pointed out that the new imaging method is compatible with the MRI machines commonly used in clinics or hospitals, which means low set-up cost and ease of transfer into clinical application. “We have already obtained positive results on identifying changes in the tiny brains of mice via 3T (low magnetic field) scanner. We expect changes in human brains are more detectable via 3T clinical scanner since human brains are much larger,” added Dr. Chan.