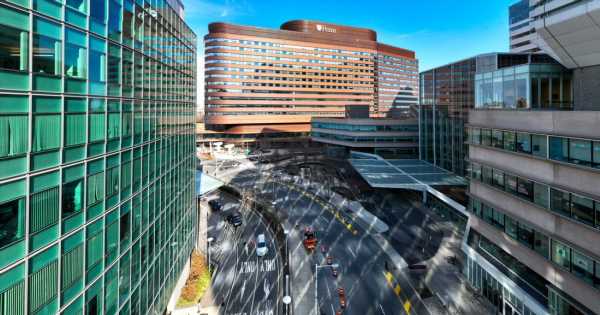 Dr. Subha Airan-Javia, a clinical informatician at Penn Medicine and co-founder of Penn spinoff CareAlign, a vendor of care orchestration software, says the first 20 minutes of a clinical shift can be like drinking from a fire hose, with fragmented bits of information coming from colleagues, cheat sheets and patients.

She said the Penn Medicine team knew there was a better process for hand-offs – the transition from one team to another.

"That was our initial starting point from leadership – find a way to centralize documentation and notes so that teams can get up to speed quicker," Airan-Javia recalled. "Additionally, we decided to expand on this in a digital way that gave access to clinicians who were not even physically at the hospital. This way, they could be prepared even before the shift.

"We know how dangerous the lack of communication can be in these fast-paced settings," she continued. "A 2016 study released by the Joint Commission estimated that communication failures in U.S. hospitals and medical practices were responsible at least in part for 30% of all malpractice claims, an estimated $1.7 billion in five years."

It was Penn Medicine's goal to ensure clinicians could get their information in real time, from the devices they had in their pockets. Although EHRs are instrumental in healthcare settings, they were built for billing and coding purposes, she insisted, not to be a tool for the modern clinical workflow. So, during the design process, the team also prioritized a tool that would complement the EHR's functionality.

CareAlign is a care orchestration technology platform developed in part by the Penn Medicine health system.

"As we began to source feedback from clinician leaders, nurses and administration, we realized CareAlign could serve many roles," Airan-Javia said. "We incorporated best practices from the UX community into our technology, so clinicians could easily navigate the platform and use it in a way that was collaborative.

"We wanted – and still aspire – to eliminate pen and paper work lists and handoffs," she continued. "It's just not an efficient way to communicate and relay key patient vitals."

If a nurse takes a blood pressure reading at 11:01 a.m., it can be logged directly in the system by 11:02 a.m. With CareAlign, new vitals and results will show up immediately for clinicians to see and make informed decisions off of, regardless of where they are.

"Since making the platform available, CareAlign has been voluntarily adopted by 94% of inpatient services at Penn Medicine," she reported. "It's not only improving the way teams communicate, but cutting back on brutal daily documentation that can give doctors carpal tunnel syndrome or cause burnout.

"This is possible because data is updated, stored and active in the platform for all users in the network," she added.

The Penn Medicine team went through several versions of CareAlign before it achieved the success it has today. When it started, Penn Medicine was using a dozen different EHRs. So right from the start, CareAlign needed to integrate with all of them to provide a wide lens view of clinical data for decision making at the point of care. The team sees this as what interoperability is really meant to be.

Today, Penn Medicine uses Epic combined with Cerner Labs and it is able to collect and organize data from both. And while all the versions of CareAlign had adoption, the latest iteration (version 3) is the one that really took off.

"We implemented the initial version by sending just one email to the entire clinical staff showing what we built and how they could use it, particularly the easy access to vitals, labs, meds and studies," Airan-Javia explained. "Using this part of CareAlign didn't involve any changes in workflow; rather, it enabled clinicians to get their work done faster and with less cognitive stress.

"This spread virally across the system as people started saving time every day," she noted. "Then, after a couple of months, when interest in CareAlign was at its height, we rolled out the task management and documentation modules."

This had to be done service by service, location by location, as it involved a change in the way handoffs were handled. But because everyone had already seen how CareAlign had saved them time, they were more receptive. Users found the new modules saved even more time and made everyone much more efficient in the process, she added.

"What is fascinating to see is how everyone interacts with the platform slightly differently so that it suits their own style of work," Airan-Javia said. "It is delightful to see all of the small improvements and changes used by different people in different ways to improve their workflow and communication.

"A key element to this success has been a robust feedback mechanism to get ideas and insight from the clinicians using it every day, and to use those insights to improve the platform," she added.

An internal survey of users found 81% felt their daily work would take more time without the digital workflow system. Additionally, clinicians accessed patient data during rounds 50% more often than teams that were not using CareAlign.

"Although we do not have a breakdown by age group, there has been a strong, positive response by clinical professionals across the experience spectrum," Airan-Javia reported. "A telling statistic for us is when we hear 75% of users believe CareAlign has helped them avoid making errors in care. This is what drives us to continue to iterate on the platform and get it into more hands across the organization.

"A relatively new development has been CareAlign's impact on the patient experience, specifically related to communication with their doctor, communication about medication and overall satisfaction with the hospital," she continued. "We measured HCAHPS scores and saw a 9% increase."

CareAlign keeps clinical teams on the same page with regard to their patients' care plans, which enables everyone on the care team to clearly communicate the care plan to patients and answer their questions accurately. CareAlign also improves documentation workflows by allowing users to update their care plan throughout their shift and use the work they've already done to build their progress note, Airan-Javia said.

"There is an exhaustive list of vendors and solutions on the market right now," Airan-Javia said. "We can say, quite confidently, that this is a success story that started with buy-in at every level at Penn Medicine. We created, tested and built something internally that has a pride of ownership today.

"Take time to understand what your frontline clinical workers need," she advised. "They may already be using a process that is improvised. Start small with a test group of users and have clear intentions and goals."

Some of the earliest adopters of CareAlign technology share stories about how they asked for a feature or provided feedback that led to a slight improvement, she added. It's been a team effort, which is what is leading to success in the market today, she concluded.