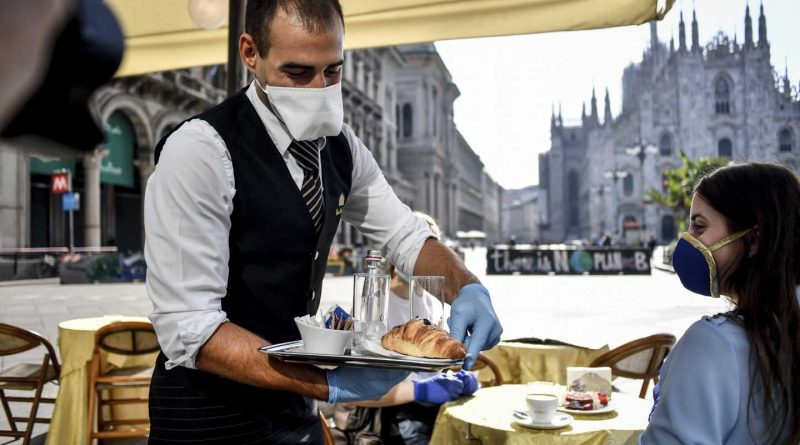 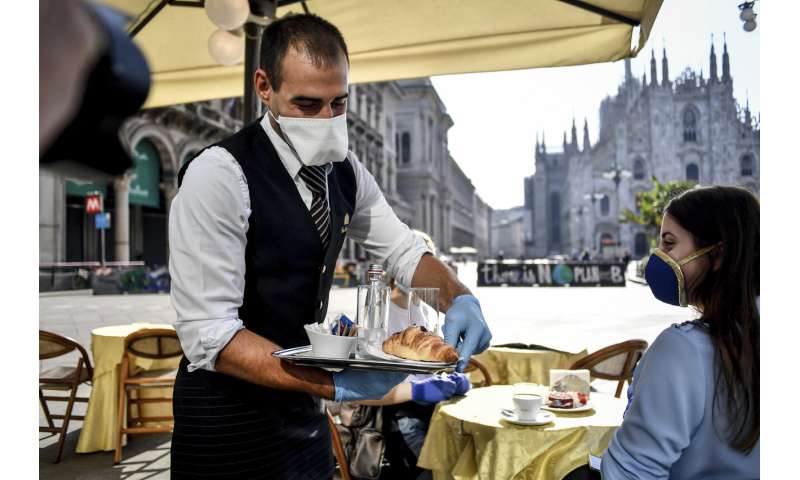 Europe reopened more widely on Monday, allowing people into the Acropolis in Athens, high-fashion boutiques in Italy, museums in Belgium, golf courses in Ireland and beer gardens in Bavaria. China announced it will give $2 billion to the fight against the coronavirus.

As nations carved out a new normal amid the pandemic, Chinese President Xi Jinping told the World Health Organization’s annual meeting that the money will be paid out over two years to help respond to COVID-19, which has killed hundreds of thousands and devastated national economies. He said the funds will especially support efforts in developing countries.

Xi’s address came amid sharp tensions between Beijing and President Donald Trump, who has suspended U.S. funding to WHO and accused it of failing to stop the virus from spreading when it first surfaced in China. Health and Human Services Secretary Alex Azar represented the U.S. at the meeting, held online this year.

WHO announced it will evaluate the response to the outbreak “at the earliest appropriate moment,” after a watchdog body found possible shortcomings in the U.N. agency’s handling of the crisis.

New infections and deaths have slowed considerably in Europe, where some countries started easing lockdowns a month ago. Many nations are preparing to open their borders next month, trying to sketch out the rules for a highly unusual summer tourist season. 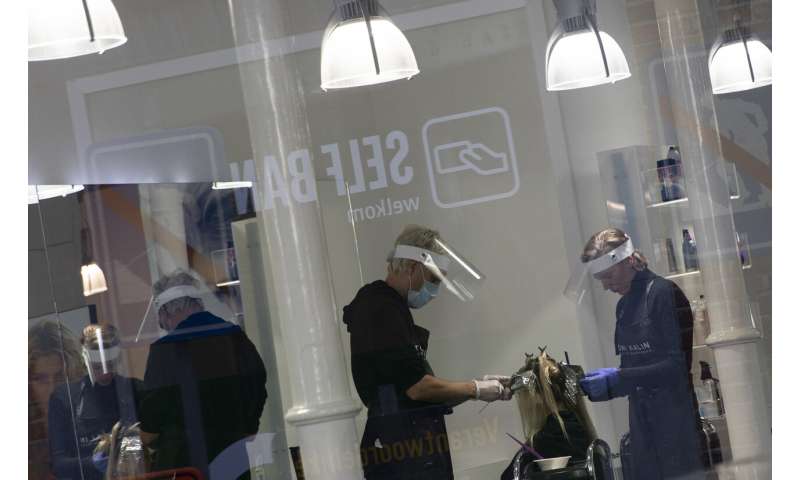 “This vacation this year won’t be like the ones we know from the past,” Heiko Maas told ZDF television. “The pandemic is still there, and we must at least have safety precautions for the worst case that the figures get worse again.”

More than 4.7 million people worldwide have tested positive for the coronavirus and over 315,000 deaths have been reported, according to a tally by Johns Hopkins University. Those figures are believed to understate the true dimensions of the outbreak because of limited testing, differences in counting the dead and concealment by some governments.

Greece reopened the Acropolis and other ancient sites, along with high schools, shopping malls and mainland travel. Paving stickers were used to keep visitors apart. Tourists were local, for the country still has a 14-day quarantine for arrivals, and travel to Greek islands remains broadly restricted. 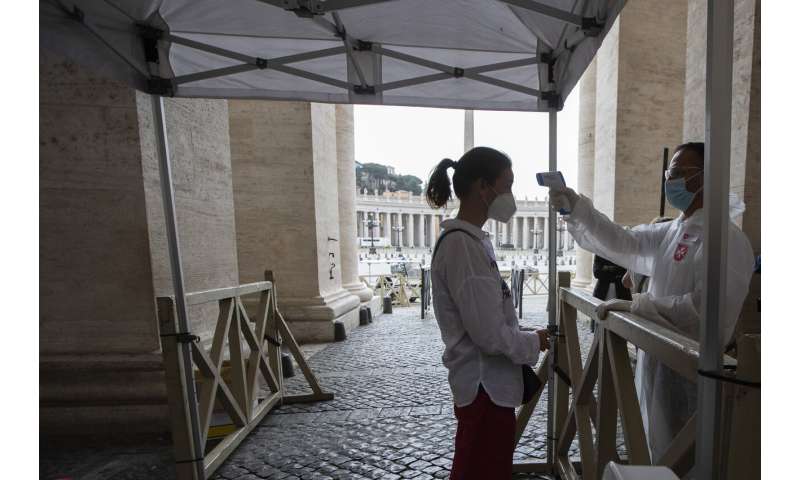 Authorities are keen to reopen Greece’s vital tourism sector, following a warning that the country is likely to suffer the worst recession in the 27-nation European Union this year.

Greece’s beaches reopened over the weekend during a heat wave with strict social distancing, but buses from Athens to the coast were crowded.

In Belgium, more students returned to school, hairdressers began clipping locks again, and museums and zoos reopened, all with strict reservation systems to avoid overcrowding. Hoping to make the most of the sunny weather, open-air markets started selling spring fruit and vegetables.

Golf courses and garden stores reopened in Ireland, but Health Minister Simon Harris said he is nervous because the virus hasn’t gone away.

If Ireland can get the next three weeks right, “we as a country will find a way to live safely alongside the virus,” Harris told RTE radio. 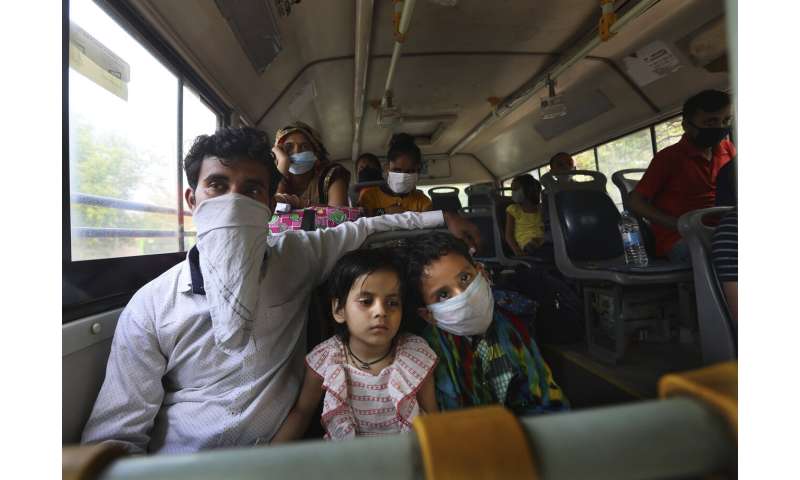 Churches in Italy and at the Vatican resumed public Masses. Guards in hazmat suits took the temperatures of the faithful entering St. Peter’s Basilica, where Pope Francis celebrated an early morning Mass in a side chapel to commemorate the 100th anniversary of the birth of St. John Paul II.

Across town, the Rev. Jose Maria Galvan snapped on latex gloves and a face mask before distributing Communion to a dozen parishioners at his Sant’Eugenio parish.

“Before I became a priest I was a surgeon, so for me gloves are normal,” he joked.

In Milan, the Montenapoleone district of luxury boutiques reopened, but few if any shoppers were in sight. The area is home to such fashion houses as Armani, Versace, Ferragamo, Fendi and Bottega Veneta, but its customers are mostly foreigners, and travel to Italy remains severely restricted. 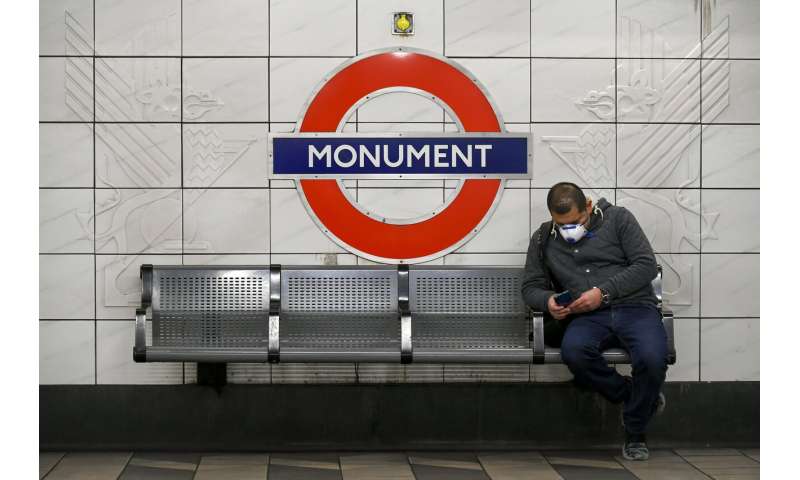 At Milan’s City Hall, hundreds of open-air vendors protested the failure of the city to come up with rules for non-food stands to reopen.

”They haven’t worked for three months. What are they going to do if they can’t reopen—steal, go ask charity?” said Nicola Zarrella, vice president of Euroimprese, which represents 22,000 market vendors in the Lombardy region. “They want to work, not get handouts.″

Portuguese Prime Minister Antonio Costa took his morning coffee at a Lisbon cafe and was having lunch at a restaurant with the speaker of parliament as officials encouraged people to support local businesses. Costa told reporters “we can’t return to our old life as long as the virus is around” but said the economy must come back to life.

In France, authorities were concerned after about 70 infections popped up in the country’s schools since they started reopening last week. France reopened about 40,000 preschools and primary schools last week, with classes capped at 15 students. 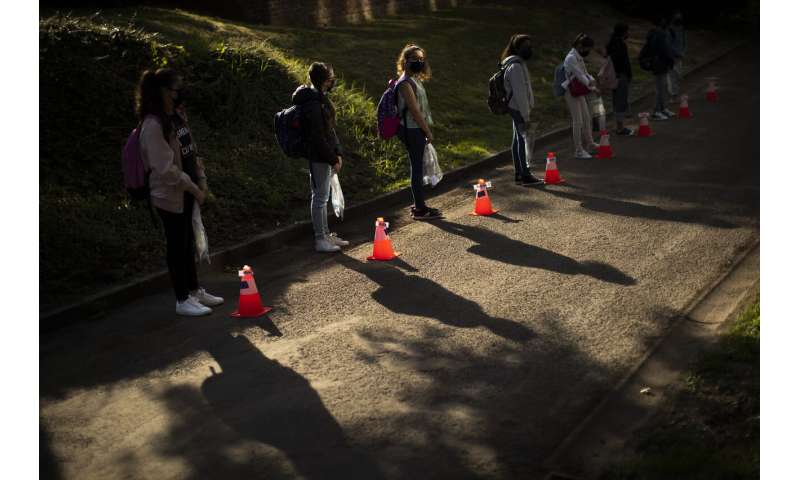 The WHO has been drawn into a blame game between the U.S. and China over the spread of the virus. Trump claims China mishandled the outbreak early on, but China has defended its record. The EU and other countries have called for an independent evaluation of the WHO’s response to the pandemic “to review experience gained and lessons learned.”

Xi said that China had provided all relevant outbreak data to WHO and other countries, including the virus’s genetic sequence, “in a most timely fashion.”

“We have shared control and treatment experience with the world without reservation,” Xi said. “We have done everything in our power to support and assist countries in need.”

Xi said he also supports the idea of a comprehensive review of the global response to COVID-19, which “should be based on science and professionalism, led by WHO and conducted in objective and impartial manner.” 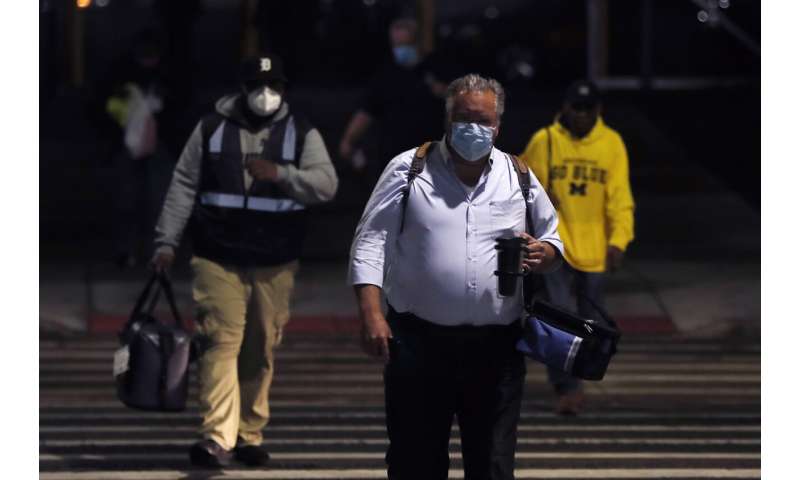 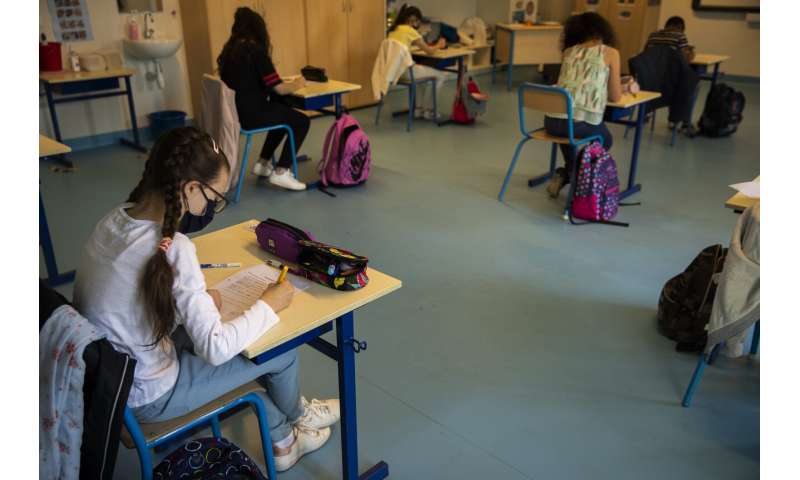 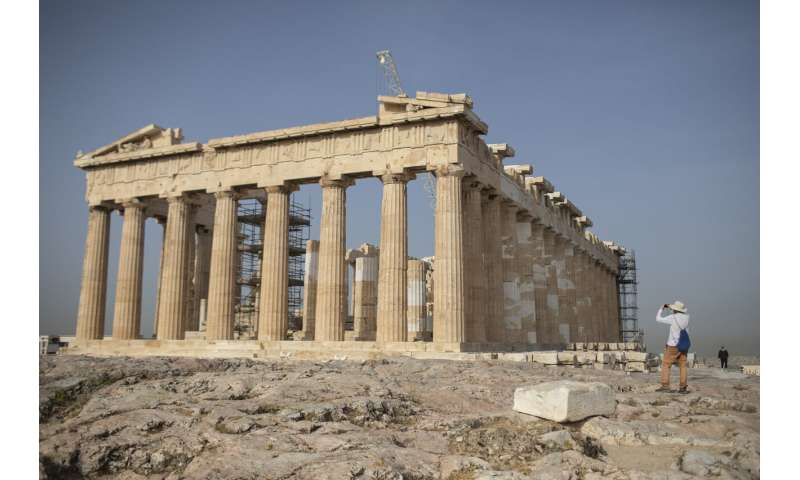 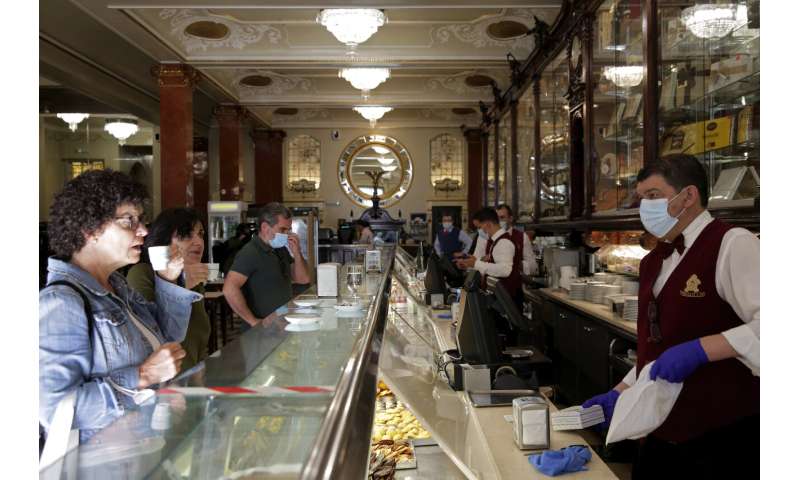 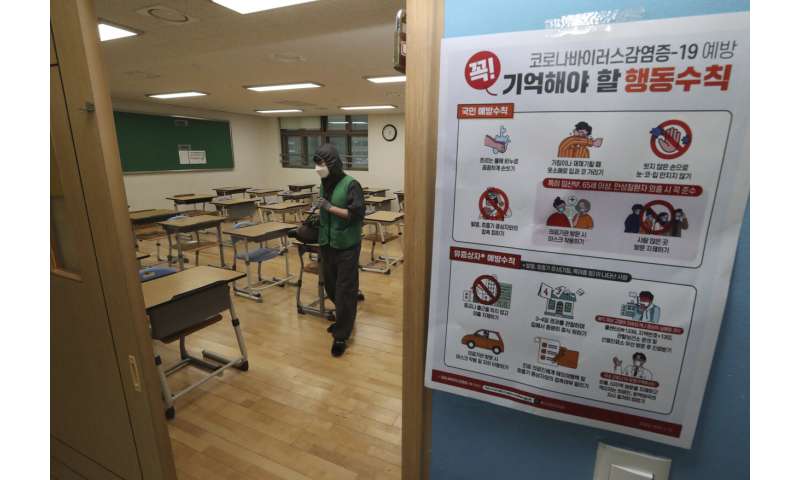 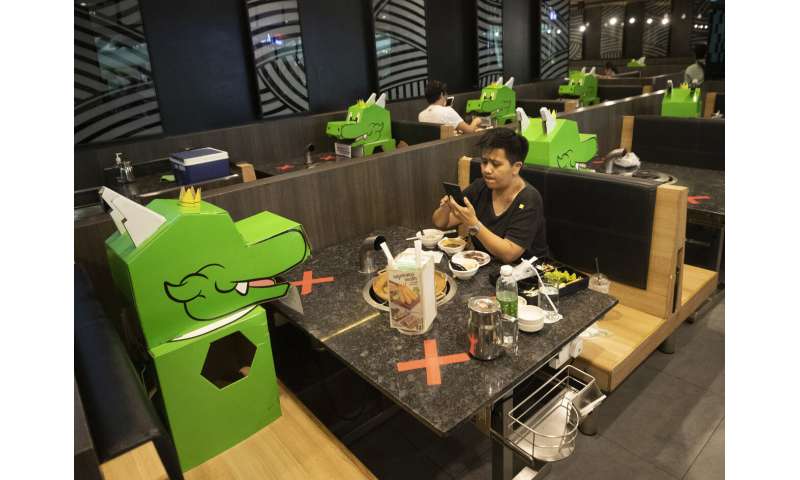 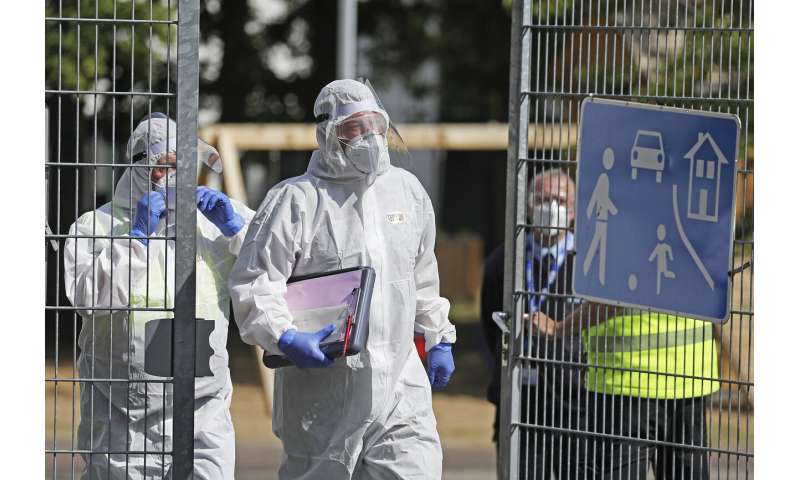 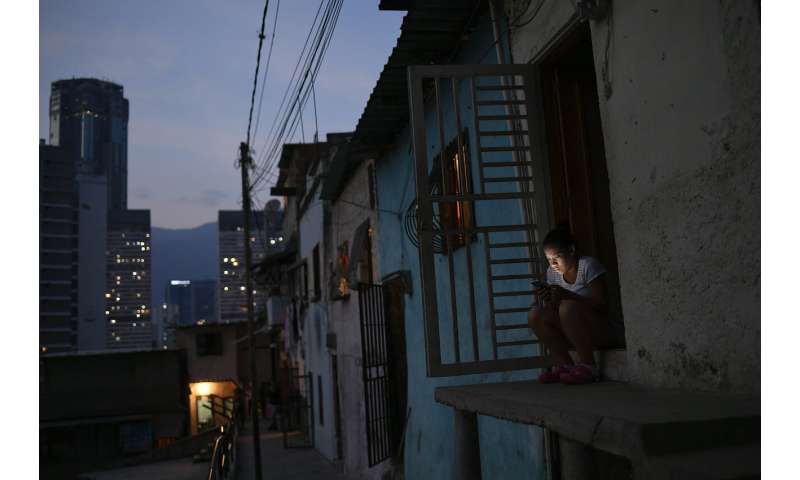 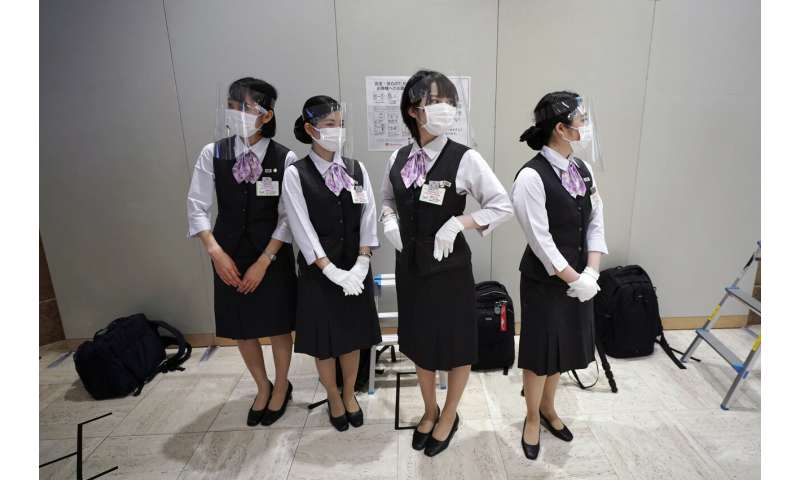 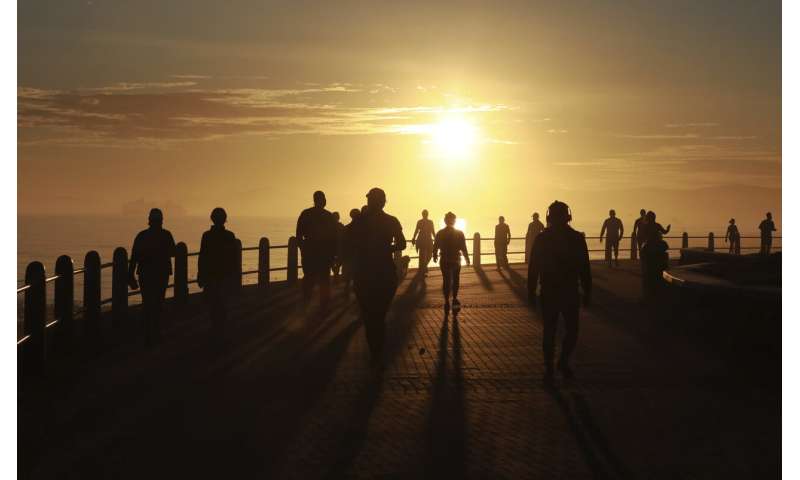 The 11-page review of the WHO’s response by an independent oversight body raised questions of whether its warning system for alerting the world to outbreaks was adequate, and it suggested member states might need to “reassess” WHO’s role in providing travel advice to countries.

China reported just seven new cases on Monday but kept tighter social-distancing rules in parts of the northeastern province of Jilin after a cluster of cases of unknown origin turned up.

Moscow health officials said 77 people died of the virus in the Russian capital in the past 24 hours, the highest daily total so far. With over 290,000 infections, Russia is second only to the U.S. in the number of cases, but international health officials question Russia’s low official death toll of about 2,700.

In India, people trickled outdoors after the government extended a nationwide lockdown to May 31 but eased many restrictions. Small shops and other businesses reopened in places, including the capital, New Delhi. At the same time, India recorded its biggest single-day coronavirus surge with over 5,200 new cases, along with 157 deaths.