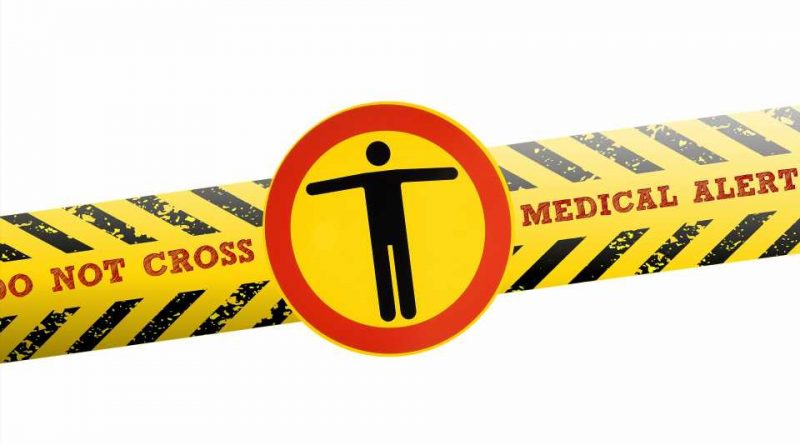 Europe was still in the “eye of the storm” of the coronavirus pandemic, the World Health Organization warned Thursday, as parts of the continent moved to ease restrictions but others extended lockdowns and postponed major events.

Since emerging in China late last year, the virus has turned the world upside down, killing tens of thousands, forcing half of humanity indoors and raising the spectre of a second Great Depression.

Hopes that its spread has peaked in Europe and the United States has seen some countries take tentative steps to loosen restrictions, with US President Donald Trump set to unveil plans on Thursday for lifting lockdowns across the world’s top economy.

But with global cases and deaths still growing—and fears of a second wave of infections in previously hit countries—officials are warning that life around the world will not be returning to normal any time soon.

“We remain in the eye of the storm,” the WHO’s regional director for Europe, Hans Kluge, said in an online news conference from Copenhagen.

Positive signs in Spain, Italy, Germany, France and Switzerland were overshadowed by sustained or increased levels of infections in other countries, such as Britain, Turkey, Ukraine and Russia, he said.

“It is imperative that we do not let down our guard.”

After reporting 861 new deaths on Thursday, Britain extended its lockdown measures for another three weeks.

And Russia, which saw a record new 3,448 infections, announced it would be postponing its annual May 9 military parade in Red Square, a showcase event for President Vladimir Putin.

More than two million people have been infected with the virus around the world and 137,500 have died—including 90,000 in Europe—according to an AFP tally.

Hard-hit parts of Europe have seen a slowdown in infections and deaths in recent days, with Spain recording 551 new deaths on Thursday, almost half of the daily toll at its peak.

Venturing out in Venice

After weeks on strict lockdowns, Spain and Italy have begun to ease restrictions, allowing some businesses to reopen.

In Venice, residents in mandatory face masks ventured out to see quiet streets and canals that once thronged with selfie-stick wielding tourists.

“I bought many books,” Venetian Catrina told AFP after visiting one of the city’s bookshops, which were allowed to reopen this week.

“I needed them. Like an addict—for something of substance.”

Switzerland announced an easing of restrictions, with some shops and services—including beauty salons and DIY stores—allowed to resume business from April 27.

Trump has promised swift guidelines on reopening parts of the United States, telling reporters his “aggressive strategy” against the virus was working and that “the data suggests that nationwide we have passed the peak on new cases”.

The White House is anxious to get the United States moving again, as new data showed the country shedding an incredible 22 million jobs in the last month, with 5.2 million workers seeking unemployment benefits last week.

Many Americans are becoming increasingly desperate.

“At the end of this month, I’m done,” said Reuben Isaacson of Boca Raton, Florida, who was laid off from an e-commerce startup in March.

“When the moratorium on evictions is lifted and Florida hasn’t paid anybody any money, a bunch of people are going to be homeless and that includes me,” he said.

The latest tally from Johns Hopkins University showed confirmed coronavirus deaths in the United States hitting 30,990 on Thursday, the highest toll in the world.

G7 economies to ‘work together’

United Nations chief Antonio Guterres said only a “safe and effective vaccine” can return the world to normal, hoping that could be available by year-end.

Even with a vaccine, the virus is expected to lay waste to the global economy, with the International Monetary Fund warning that $9 trillion could be lost in a second Great Depression.

Trump and fellow G7 leaders agreed in a videoconference to “work together to prepare all G7 economies to re-open safely”, the White House said.

They also agreed to a “thorough review and reform” of the WHO, after Trump this week accused the UN body of “severely mismanaging” the pandemic and ordered a potentially crippling freeze on US payments.

In the developing world, there are growing fears of a collapse in social order as food becomes scarce—with the situation especially acute in Africa and Latin America.

In Riyadh, G20 nations of the world’s major economies announced a one-year debt moratorium for the world’s poorest nations.

‘We will survive this’

Despite the gloom, tales of resilience and generosity around the world lifted spirits.

In Britain, Tom Moore, a 99-year-old World War II veteran, completed 100 laps of his garden to bring in more than £15 million ($19 million) in a fundraising challenge for healthcare staff.

The final lap of his garden in Bedfordshire, south England, was met with a military guard of honour and broadcast live on British TV.

“In the last war it was soldiers in uniform on the front line. This time our army are the doctors and nurses (in) uniforms,” Moore told British TV earlier this week.