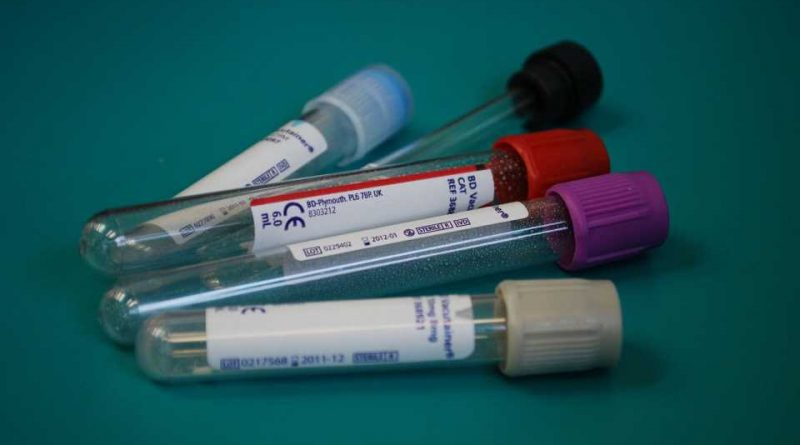 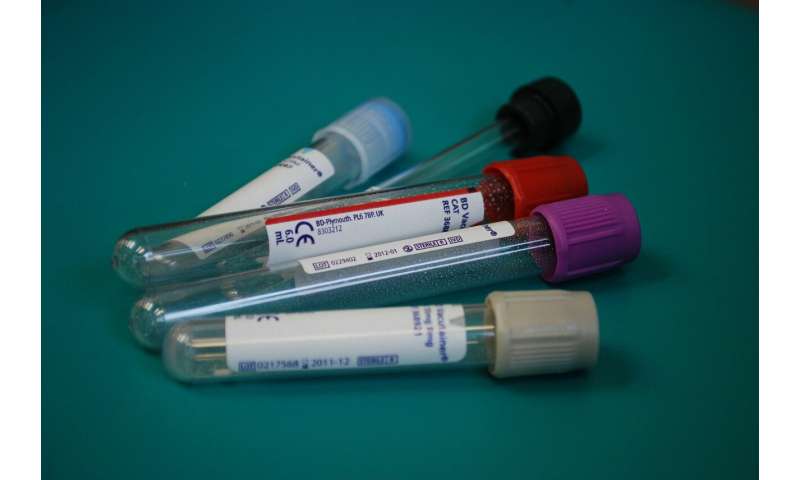 Companies are lining up to market an emerging type of blood test to detect whether a person has ever had the novel coronavirus. These antibody tests could be critical to reopening the U.S., informing public health and state officials on how and when Americans can resume everyday activities.

Some lab experts warn relaxed rules by the Food and Drug Administration allow unproven and potentially unreliable tests on the market. Companies marketing 90 antibody tests have notified the federal agency of plans to offer tests that gauge whether a person’s ever been infected with SARS-CoV-2, the virus that causes COVID-19.

The FDA will review the antibody tests in light of accuracy concerns raised by the Association of Public Health Laboratories, but the tests remain on the market.

Officials with the APHL acknowledged accurate and reliable antibody tests are an important tool in the nation’s pandemic response, but the wave of unproven tests sold through doctors’ offices or elsewhere might do more harm than good.

“We now have at least 90 tests on the market, and we don’t know about the accuracy of the results,” said Kelly Wroblewski, APHL’s director of infectious disease programs. “Having many inaccurate tests is worse than having no tests at all.”

The blood tests measure antibodies that are part of the immune system’s response to fight off infection. The test differs frommolecular versions administered with a nasal swab to diagnose someone infected with the virus.

Because these blood tests measure antibodies, even in people who had few or no symptoms and sought no treatment, scientists said they will more accurately reflect how many people have been infected. The tests might reveal whether someone develops immunity that protects from infections.

Marc Lipsitch, a professor of epidemiology at the Harvard T.H. Chan School of Public Health, said data from such serologic tests, as they are called, is sorely needed.

“What we really, really need is serologic studies to figure out what proportion of the population has (immunity),” Lipsitch said. “And then there’s a further question of how protective that immune response is.”

A best-case scenario would yield studies from accurate testing that inform public health and elected officials on when to relax state-at-home orders. Testing that reveals a nurse recovered from COVID-19, for example, might allow that person to work floors filled with coronavirus patients and not worry about becoming infected. Or random testing could inform superintendents when to reopen schools or food plant workers when to return to work.

Unreliable tests might feed into a second wave of infections if federal and state leaders reopen the economy too soon or base decisions on inaccurate data.

The FDA’s relaxed policy aims to accelerate access by allowing private companies to market the serology tests after the companies determine the products are accurate and reliable. The companies or labs cannot claim the FDA authorized the tests and must include disclaimers such as tests might falsely conclude whether a person had a prior infection.

“This policy has given laboratories and other healthcare professionals early access to these tests to conduct their own validation and determine if they warranted being used by that laboratory or healthcare facility,” the FDA said in a statement.

The FDA agreed to evaluate serology tests and vowed to step up enforcement of companies fraudulently marketing the tests, Becker said.

FDA officials confirmed in a statement the agency will join the Centers for Disease Control and Prevention, National Institutes of Health and the Biomedical Advanced Research and Development Authority to “rapidly evaluate the performance characteristics of these tests.”

The FDA cited the need to balance the “value of serology tests in reopening the economy” while ensuring health care providers have access to accurate tests.

“If you have bad data out there, you can’t make good decisions,” Blank said.

There are large-scale pilot programs using serology tests at the CDC and NIH, as well as efforts in Los Angeles County and New York. These studies might yield pivotal information about how many people are infected, how lethal the virus is and whether people can develop immunity to fight off infections.

The NIH study will collect blood samples from 10,000 volunteers who have no known history of SARS-CoV-2 infection and test for antibodies. Anthony Fauci, director of the National Institute of Allergy and Infectious Diseases, said the results “will help us measure the impact of our public health efforts now and guide our COVID-19 response moving forward.”

More than 200,000 Americans have asked about volunteering for the NIH study, which might expand beyond the 10,000 figure, according to study investigators.

The study will seek to answer a key question about serology test accuracy. Simple antibody tests targeting COVID-19 might cross-react with other pathogens, such as the coronavirus that causes the common cold. This will create “false positives” that are inaccurate.

Large government and academic labs can control for this issue and retest samples to ensure accurate testing, said Kaitlyn Sadtler, a section chief at the National Institute of Biomedical Imaging and Bioengineering.

Anthony Harris, a professor and epidemiologist at the University of Maryland School of Medicine Medical Center, said accurate serology tests could reveal whether health care workers have developed immunity. Such information would alleviate the nation’s strained health care system, he said.

“It would dramatically decrease anxiety for my health care workers,” Harris said.

Los Angeles County launched the first phase of its pilot project with samples taken from 1,000 people April 10-11. The test, produced by Minnesota-based Premier Biotech, is designed to produce results in 10 minutes from a few drops of blood taken from a finger stick.

The donors, selected from the database of a market research firm, were chosen as a statistical sample mirroring the age, race, geographic distribution and other markers of the county.

A second test of 1,000 additional people is scheduled in two to three weeks. The researchers hope to continue the testing if they can secure additional funding.

One of the testing goals is to determine “how many people in the community have it (the coronavirus) or ever had it or were exposed to it,” said Neeraj Sood, vice dean for research at the University of Southern California Sol Price School of Public Policy.

“Getting that is important because before now, we’ve only tested the really sick. So we don’t know what the overall infection rate is for the county,” Sood said.

Tracking infections over time will enable researchers to determine whether the stay-at-home policy imposed in California helped limit the disease spread, Sood said.

Testing may enable researchers to determine whether those who survived exposure to the coronavirus obtained immunity, as well a how strong such immunity is and how long it lasts, said Paul Simon, chief science officer at the Los Angeles County Department of Health.

He acknowledged he and other researchers were concerned about the potential for false negative and false positive results from the tests. Simon said Sood vetted Premier Biotech before choosing the company. The researchers ran preliminary checks that produced accurate results before the blood draws were taken.

“We will adjust our result to account for that (potential false negatives or positives),” Sood said.

Simon said a small percentage of false negatives or positives would not have a major impact on countywide results. However, he acknowledged that false reports “could have catastrophic results” for an individual who was tested.

“If we see that the infection rate is very low, and it’s not rising at all, that would suggest our (stay-at-home) efforts are working,” Simon said. “But we can’t keep everything shut down forever.”

There’s a possibility that reopening the county’s economy to some normal activities could result in a rising number of COVID-19 cases and hospitalizations, Simon said.

“Some have called it sort of a dance, as you try to reach a balance. Maybe you open things up a little, maybe then you go back a little,” he said. “The change is if we open up everything, our health system would be overwhelmed like it was in New York. But we recognize that we can’t keep everything shut down completely. We recognize that people are really suffering.”

New York Gov. Andrew Cuomo: ‘We need to be smart’ about reopening

New York Gov. Andrew Cuomo anticipates testing will be a key part of the state’s strategy to restart civic life.

“The answer is we want to reopen as soon as possible … let’s just end this nightmare,” Cuomo said during a news briefing on Easter Sunday. “The caveat is we need to be smart in the way we reopen. We need a public health strategy that is safe and consistent with an economic strategy.”

To that end, Cuomo said reopening of schools, businesses and mass transit should be coordinated in a plan that covers not only New York City and the rest of the state but New Jersey and Connecticut, as well.

The plan will need antibody testing, “more testing, faster testing than we now have, and we’re going to need federal help,” Cuomo said.

He announced plans to sign an executive order to authorize laboratories testing whether New Yorkers have COVID-19 to conduct antibody tests, too.

The state provided labs with the flexibility to allow more workers to do testing for COVID-19; the executive order expands that authority, so the same workers can perform antibody tests, Cuomo’s office said in a written statement.

Testing can be tricky. San Miguel County, Colorado, suspended a program to test nearly everyone in the community, which includes the ski resort town of Telluride.

The company told the county its testing lab in New York was “really hit hard with COVID,” slowing test processing, Lilly said. The county’s top health officer wants to evaluate data about the tests, including accuracy, along with the results. United Biomedical did not return messages from U.S. TODAY.

“Certainly, with any test, we’re going to be looking for that data (on testing accuracy),” Lilly said.

The importance of accurate antibody testing to a region trying to recover from an epidemic is illustrated by the Ebola outbreak in 2014-2016 in West Africa, Christopher Kirchhoff said.

The former National Security Council official wrote the after-action report on the U.S. response to the Ebola crisis. In Guinea, Sierra Leone and Liberia, people who tested positive to Ebola antibody were placed in health care and other jobs.