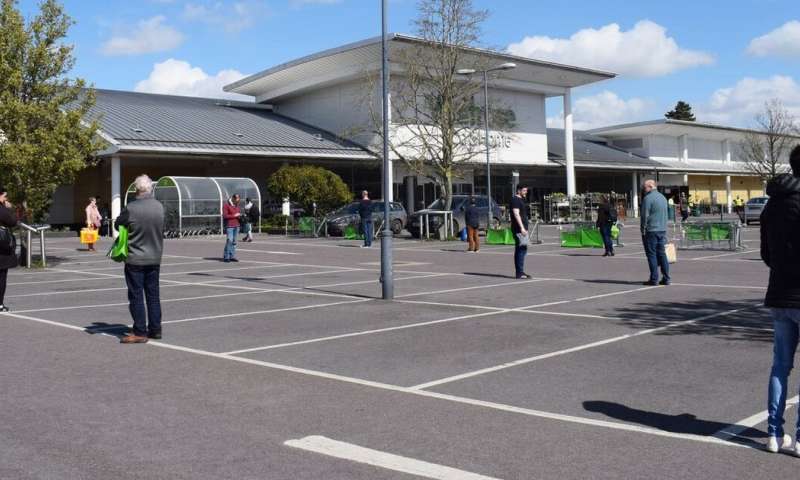 The COVID-19 pandemic has forced millions of people to live under strict lockdown conditions, but the psychology of human behavior predicts they will find it harder to stick to the rules the longer the situation continues.

New Zealand has now reached a midway point of a comprehensive four-week lockdown and there have already been some rule breakers. Most prominent among them was the country’s health minister, David Clark, who almost lost his job this week for flouting lockdown rules by going mountain biking and driving his family 20km to a beach.

He won’t be the last to break the rules. During a pandemic, fear is one of the central emotional responses and up to this point, most people have complied with lockdown conditions out of fear of becoming infected. But as time passes, people’s resolution may begin to fray.

Psychology of a pandemic

A group of more than 40 psychologists are currently reviewing research relevant to people’s behavior during a pandemic to advance the fight against COVID-19.

The psychological factors that motivate us to stay in our bubble are a mix of individual, group and societal considerations.

At a very basic level, human behavior is governed by reward principles.

If what we do is followed by a perceived reward, we’re more likely to keep doing it. Not getting sick is a reward, but it may not be perceived as such for much longer as most of us weren’t sick in the first place.

This lack of reward reinforcement could be intensified by an optimism bias – “It won’t happen to me”—which may become stronger than our anxiety as time passes and the perceived threat reduces.

Outside of our individual psychology, broader social factors come into play. In times of uncertainty we look to others to guide our own behavior as they set our social norms.

Often, there is a degree of confusion about guidelines on what people are allowed to do, for example when exercising during lockdown. Seeing others out surfing, mountain biking and picnicking in a park can lead to a mindset of “if they’re doing it, why can’t I?”

To counter this, the government should continue to appeal to our sense of shared identity and highlight examples of punishment for rule breakers. But an over-emphasis on punishment risks people sticking to rules merely for social approval, which means they may conform in public but not in private. Being punished can also build resentment and may lead people to seeking out loopholes in the rules.

In order to last the distance at the highest level of lockdown, people need to cooperate as a group. If everyone complies, we’ll all be OK.

The reverse was evident in the early stages of the COVID-19 pandemic with the panic-induced buying of toilet paper, face masks and other “essentials.” Here we saw decision making based on emotion and the government attempting to counter it with fact-based information.

There is evidence that in times of major crises groups may prioritize their local interests, such as keeping your family, neighborhood or wider community safe. An example of such local activity in New Zealand is the initiative of some iwi (tribal groups) to set up road blocks around their communities to control access by people who are not local residents.

But this has the potential to spill over into vigilantism if local protection interests combine with fear. It can prioritize the interests of a few over the greater good.

Cultural and political psychology also has an impact on our behaviour during lockdown. Broadly speaking, different cultures can be categorized as “tight” or “loose.”

Tight cultures (China, Singapore) tend to be more rule bound and less open but are also associated with more order and self-regulation. In contrast, looser cultures (UK, U.S.) place more emphasis on individual freedoms and rights, and are correspondingly slow to self-regulate in the face of government requirements.

Australia appears to fall towards the looser end of the spectrum while New Zealanders sits somewhere in the middle. The challenge will be how we respond as our society continues to “tighten” with strict rules while boredom and annoyance sets in.

Political polarization, which has increased markedly in recent years, may be exacerbated by being physically distant from others. There is a danger that as we stay in our bubbles, both physical and virtual, we fall into “echo chambers” wherein we only hear similar voices and opinions to our own.

If this chamber becomes filled with resentment at ongoing restraints on our freedom, it can break down our motivation to stay home. But polarization can be overcome by helping people identify with a bigger cause – and this was often invoked during times of war.