Home » Health News » From scaffolding to screens: Understanding the developing brain for reading 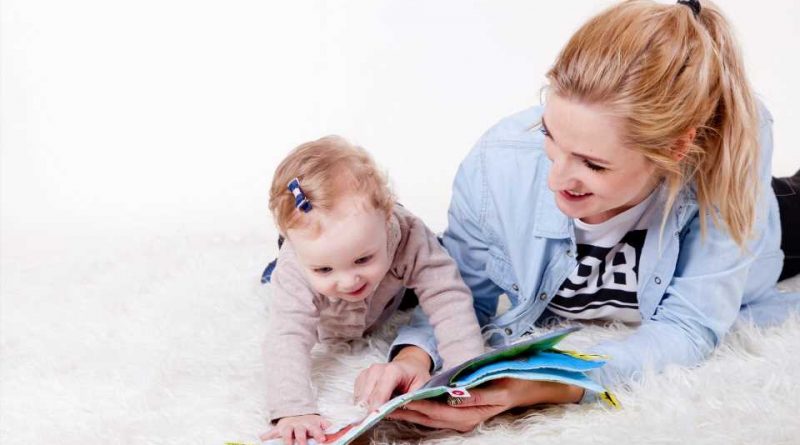 Health News
04/05/2020 brain, developing, for, from, reading, scaffolding, screens:, the, to, understanding 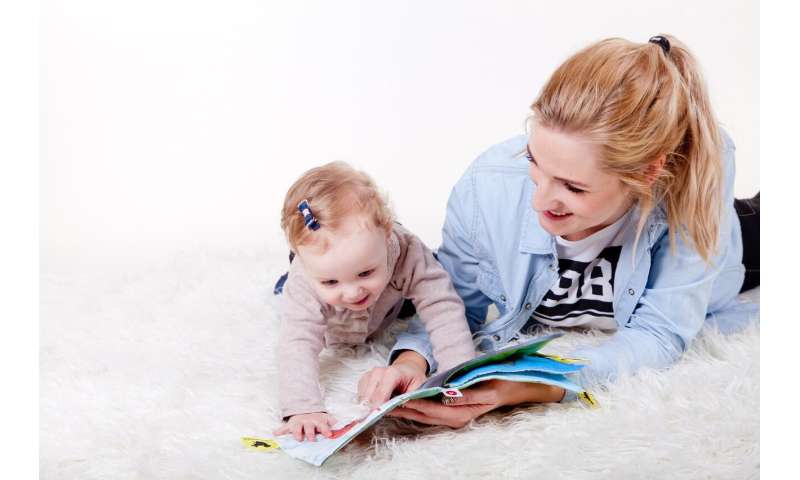 In the debate about nature versus nurture for developing reading skills, cognitive neuroscientists have a clear message: both matter. From infancy, children have a neural scaffolding in place upon which environmental factors refine and build reading skills. In new work being presented today at the Cognitive Neuroscience Society (CNS) virtual meeting, scientists are reporting on these biological and environmental factors—including early screen time—as they uncover biomarkers that can identify children at risk for dyslexia and other reading acquisition disorders.

“Reading is a relatively new human invention. To read, our brains have to ‘recycle’ neural circuits originally used for other abilities such as visual and language processing, as well as attention and cognitive abilities,” says Tzipi Horowitz-Kraus of The Technion in Israel and Cincinnati Children’s Hospital, who is chairing the CNS symposium about the new work. “The fact that 5-10% of children worldwide, across cultures and genetic backgrounds, suffer from dyslexia suggests that this disability is not limited to a specific language.”

Indeed, the research being presented by Horowitz-Kraus and others suggests a variety of biological precursors are present in children prior to school age across languages, and several environmental factors can help or hinder reading acquisition. The goal is to identify children at risk early, to provide the best possible interventions that will improve literacy.

The reading brain in infancy

One of the biggest insights to come in recent years in the study of reading acquisition is that most interventions to identify and treat dyslexia in school were coming too late. Over the past decade, longitudinal studies of young children coming out of the lab of Nadine Gaab at Harvard Medical School and others at labs globally have shown that the brains of children who will develop dyslexia are already atypical even before they start into kindergarten.

“We knew that the brain of someone with dyslexia was different from a control, but we didn’t know if it was something that developed before the onset of formal reading instruction or if it developed in response to a daily failure to learn to read over a significant period of time,” she says. “Our work was the first time MRI imaging could show that some of the brain characteristics predate the onset of reading development,” Gaab says.

And in new work being presented at the CNS meeting and available via preprint, Gaab’s team has shown that, as a group, babies as young as 3 months old have an underlying infrastructure that helps predict success in reading years later.

As part of the BOLD (Boston Longitudinal Dyslexia) study, Gaab’s team has scanned the brains of 140 infants who have a familial risk for dyslexia and then followed them over time to study changes in the structure and function of their brains. For the newest data, 45 of the once-infant subjects have now turned 5 or 6 years old, allowing the researchers to map their brain scans from infancy to their pre-reading skills.

“What our infant data suggest is that there is a structural brain scaffold in infancy that serves as a foundation,” Gaaab explains. “Language and reading may be a process that refines this pre-existing brain scaffold.”

Studying the brains of young children in an MRI machine is far from simple, Gaab explains. When they are babies, the goal is to have the participants sleep in the scanner. So her lab looks like an elaborate daycare center—with adaptable rocking chairs, swings, cribs, and other gear optimized for use with the scanner. While safely sleeping in the MRI, the babies hear stories read to them, allowing the researchers to capture both structural information about their brains but also, surprisingly, functional data. “We were very surprised to see robust language networks activated while the infants sleep,” Gaab says.

As 5- and 6-year-olds returning to the lab, the children identify word sounds in games designed to test their pre-reading skills. As they get older, the children will do increasingly more advanced tasks, such as reading in the scanner. This longitudinal work gives the researchers a big-picture view of reading development rather than just a snapshot view.

Gaab’s lab is next working to understand the co-occurrence of disorders such as ADHD and dyscalculia (a math learning disorder) with dyslexia. They also want to understand techniques children successfully use to compensate for dyslexia in the brain. “We now see children are not a clean slate for reading experience,” Gaab says, and they want to not only better understand the determining factors but also inform policy-makers and the public.

The reading brain on screen

While studying neurobiochemistry for her master’s program, Horowitz-Kraus worked on SAT preparation with her younger brother who was struggling with reading despite his high intelligence in nonverbal tasks. “Observing my brother’s frustration in executing a task that is very intuitive for individuals without dyslexia made me set the goal to seek neurobiological correlates for reading difficulties and to find ways to improve reading ability,” she says. “This way, I thought, the difficulty can be diagnosed objectively, maybe even before reading is formally acquired, and can prove without a doubt that the difficulty is real.”

Fifteen years later, Horowitz-Kraus has done just that and, in new research, is seeking to understand how day-to-day conditions affect the neurobiological foundation for reading in the brain. “Although dyslexia is a genetic disorder, the environment has an impact wherein it can reduce or increase reading challenges,” she says. “The brain is extremely plastic at the pre-reading age, and hence negative stimuli, such as exposure to screens, may have an amplifying effect on a child’s outcomes.”

In a series of studies, Horowitz-Kraus and colleagues examined how the home literacy environment, including screen exposure, affects the brain circuits of children 3- to 5-years old, in particular executive functions, language and visual processing. As published recently in JAMA Pediatrics, screen-based media use beyond American Academy of Pediatrics guidelines was associated with “lower microstructural integrity of brain white matter tracts supporting language and emergent literacy skills in prekindergarten children.”

The results suggest, Horowitz-Kraus says, that listening to stories through screens is not similar to joint reading when seeking to nurture the developing brain. “There is no replacement for joint storytelling in engaging neuronal circuits related to future reading,” she says.

Such studies enabled by modern neuroimaging data are allowing researchers for the first time to determine what infrastructure is needed to be able to read and to track the typical and atypical development of this infrastructure—and to develop appropriate early interventions.

Both Horowitz-Karus and Gaab envision moving to a more preventative model for reading disorders. “This preventive model is something we embrace a lot in medicine but for some reason, we have not yet done so in education,” Gaab says. She cites cholesterol screening to help identify those at risk for heart disease as a model that could work for dyslexia and other learning disorders.