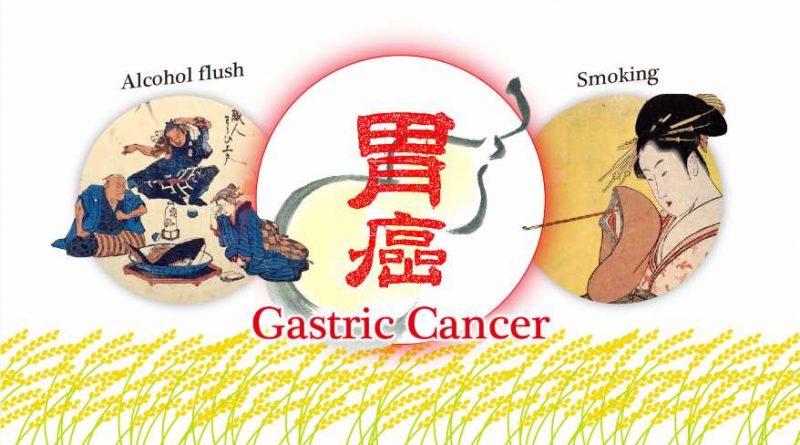 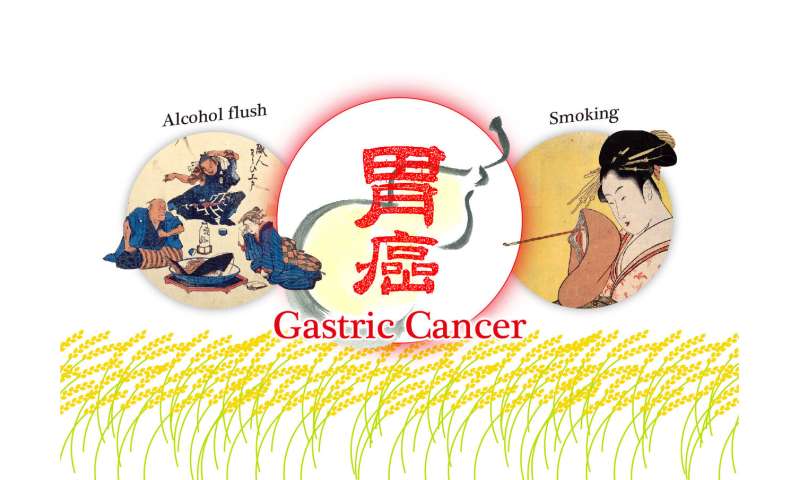 A team of researchers affiliated with several institutions in Japan has found an increased risk of gastric cancer in East Asian people who have a certain gene mutation and who also have certain drinking habits. In their paper published in the journal Science Advances, the group describes their comparison of genetic data from hundreds of people with gastric cancers and what they learned about it.

Gastric cancer develops in the lining of the stomach. Prior research has shown that diet, age and various stomach diseases can have an impact on the chances of a given individual developing the disease. Prior research has shown that East Asians are more prone to developing the disease than any other group. In this new effort, the researchers looked into the possibility of gene mutations and alcohol consumption as risk factors for East Asian people.

After comparing and analyzing the data, the researchers found that one particular gastric-cancer-related subclass could be linked to a signature called Signature 16, which has been associated with an alcohol-consumption-related mutation. This has been linked to the ALDH2 gene, though mostly in Asian people. The researchers suggest that this was an indication that the combination of the gene mutation and alcohol consumption could be a risk factor for gastric cancers in Asian people. The researchers also found that gastric cancer patients with Signature 16 were not on average heavy drinkers, suggesting that drinking even small amounts of alcohol could put them at increased risk.