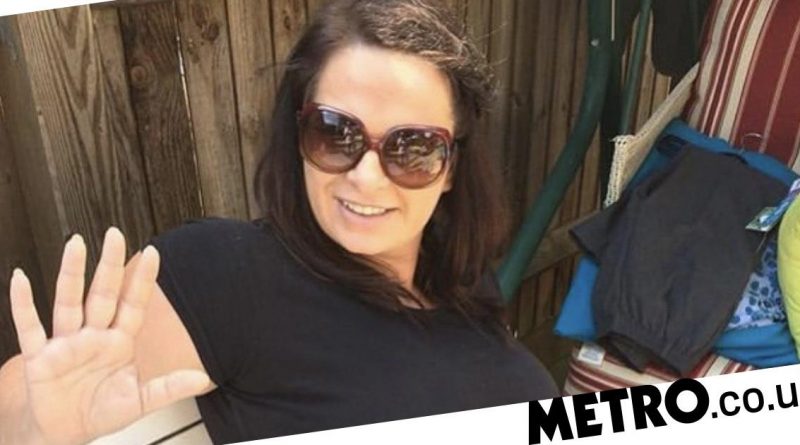 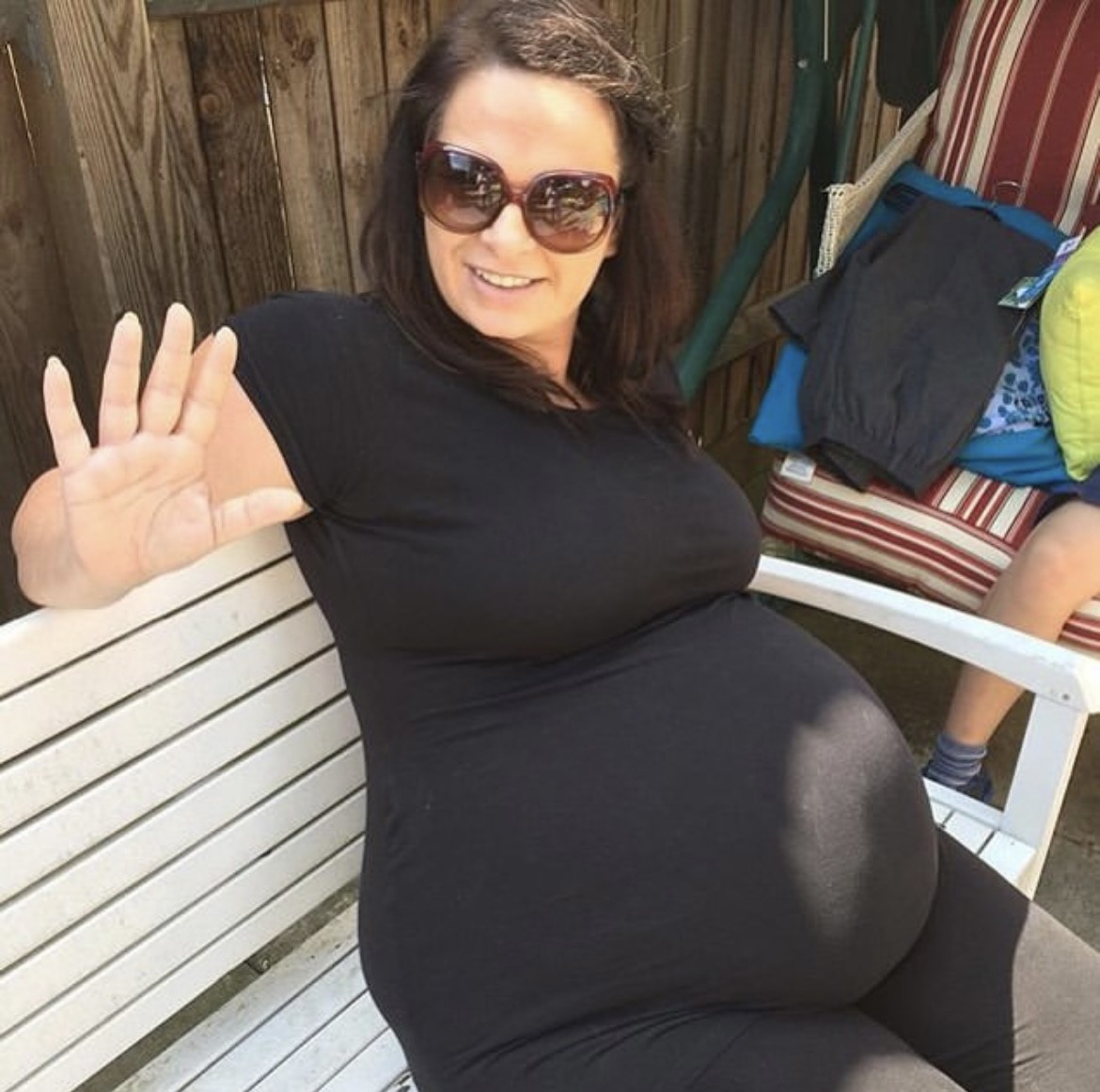 I was washing the dishes in the kitchen sink while my then three-month old daughter snoozed quietly.

Looking up and out the window, I saw a long zip wire appear – reaching all the way across to the house opposite.

Sliding down it were a SWAT team dressed all in black.

It may sound like a James Bond plot, and although the scene happening outside my front door wasn’t real, in my mind it was.

This is the reality of what is known as Postpartum Psychosis (PPP).

Up until this point, I had displayed some symptoms of the condition. Dark thoughts like ‘my baby hates me’ and ‘I should die’ had been in my mind, but this was the first time I had a hallucination in this form.

It lasted around a minute; the SWAT team came towards me from a high window and headed for my kitchen before vanishing.

Afterwards, I stood scared and confused. I was in such a bad place mentally that I almost shrugged off the severity of it.

I told no-one. It was all too weird.

While most people have heard of Postnatal Depression, the lesser-known PPP is generally thought to be a more severe form.

What I didn’t know then, was that there is an established link between PPP and bipolar disorder – which I would later be diagnosed with.

PPP often develops soon after the birth of a baby, and sees the mother lose a grip of reality entirely. This was my truth for a large part of 2015. And it was completely terrifying.

Nothing could snap me out of it. Having hallucinations and hearing voices telling me to ‘end it all’ regularly were very disturbing. It was hard to identify a trigger – tiredness definitely didn’t help.

I’d drive up and down the M23 hoping that the straight road might help to straighten me out. It was stifling. As was the hefty dose of depression I was landed with too.

My older daughter Ruby, now 14, was perfect in every way but as far as I was concerned, my new baby girl hated me… if she was actually my baby at all.

Back then, I couldn’t be sure. I was convinced she wasn’t my baby, and for that reason, she couldn’t connect with me.

For around six months, things were really bad. I was forced to go to the doctor, who referred me to a local mental health team in Crawley, West Sussex.

In June 2016, I was diagnosed with bipolar disorder. It didn’t come as a shock. I’d never felt wired up correctly and finally, this felt like a light at the end of the tunnel.

The PPP that I had experienced made much more sense. The depressive stages are very similar. I had had no idea I was more at risk of PPP due to my bipolar, and after the diagnosis a lot fell into place.

I was prescribed an antidepressant, a mood stabiliser and an antipsychotic drug, which I still take today.

Thankfully, I managed to recover from the terrifying episode of my PPP and, with the help of the medication, I became equipped at managing my bipolar disorder. I now know my strengths and my weaknesses, and mostly I know my triggers, although they aren’t always very easy to identify.

For example, gardening until 10pm at night could be the beginning of a manic episode. Then, finding it impossible to even move – let alone get out of bed – are the possible beginnings of a depressive one.

So, when Covid-19 came in March 2020, it was always going to go either way. Either I’d react manically or depressively, or I wouldn’t. But of course, I could never have anticipated how things would actually go. It was a waiting game.

But as the months crawled by, the familiarity of staring at the same four walls as we were all ordered to stay at home didn’t grate on me, but instead became a comfort.

I didn’t have to explain myself for not attending parties, which I couldn’t stand. In fact, group gatherings – with which I have always struggled – were off the agenda.

My children were safely at home with me. There was no stomach-lurching as I dodged crowds in the local shopping centre. The medication combined with the quiet of lockdown meant that I experienced a kind of peacefulness that I’d never known before – and the hallucinations and voices stopped.

I felt happier – and I got to really like life in a subdued, comfortable way. Like everyone else, I felt – for a while – that things were always going to be this way.

That was until the world started to open up again recently.

I totally freaked out: a classic case of ‘re-entry anxiety’. Text messages suggesting meeting with friends sent me into a spiral of panic. The safe bubble that I had become used to was being compromised as the outside world beckoned. It all just felt too much.

‘Re-entry anxiety’ is the term that has been used to describe an uneasiness about returning to the old ‘normal’ of social interaction. In a recent survey of 8,000 Brits nearly half (47%) agreed they were nervous about socialising again, with 38% agreeing they will do so less than they did pre-pandemic.

After a year and a half of isolation and strict measures to stop the spread of Covid-19, it’s affecting people in lots of different ways.

But, as someone with bipolar disorder, it feels very heightened and I’ve found the return very difficult to come to terms with.

While I continue to work from home as a journalist, I know that it’s time to do myself some favours. I’m using techniques like mindfulness, that I’ve learned from doing CBT, to help me cope.

Some advice that I’ve been given is that if you haven’t left the house much over the last year, don’t just suddenly rip off the plaster and walk into the most over-crowded marketplace you can find.

Experts advise that you start small. Maybe plan a walk with a few friends and work your way up from there. It’s all about slowly confronting your sources of fear, pushing it a bit more each time. This is what doctors call ‘exposure therapy’.

For some people, this will be a breeze. For others it takes a little bit more strength and determination.

This is something I’m building on. I recently pushed myself to travel to visit family. It might not sound a lot but it was a big step for me.

The journey was exhausting but I’m glad I did it. Getting love and reassurance from my family and meeting my new great-nephew, now six months, was priceless time together.

I’m aware my daughters need social connection and I’m working on the apprehension I feel – I feel guilty that I may be projecting it onto the kids.

Ruby desperately needs to see her friends, talk about school and just be a normal teenager. The girls just see me like a more ‘indoorsy’ kind of mum, which I hate and endeavour to improve.

Mental health problems are hard at the best of times and while the return to our old way of life may seem like something everyone wants to happen, spare a thought for the few of us that got used to quarantine and found hiding away a protective space.

We’ll never have a time quite like this again – hopefully – but there are lessons we can all learn from the pandemic.

Perhaps, the shared experience of re-entry anxiety will mean an increased future tolerance for those of us who find it trickier to mingle. For the people that might turn down the invite to your BBQ and really don’t mean any offence by it.

The professionally unsociable among us have got used to being home and we might take a while to get out there again. Bear with us.

Having bipolar disorder complicates the return to normality further but things are getting easier.

By being kind to myself and building up to things gradually, I know I’ll get there in the end.