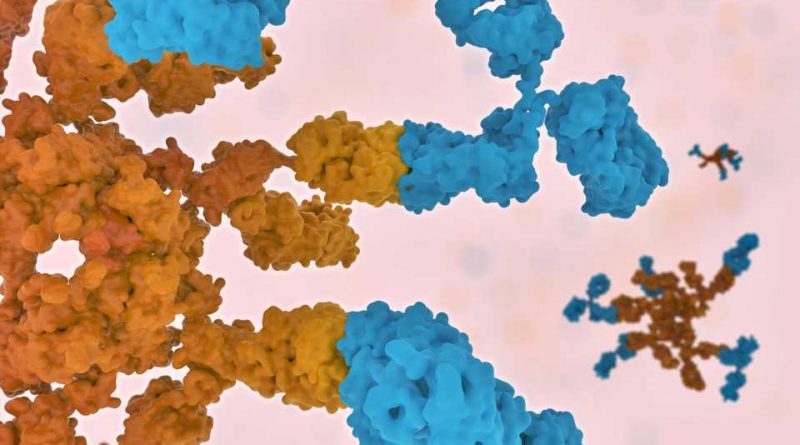 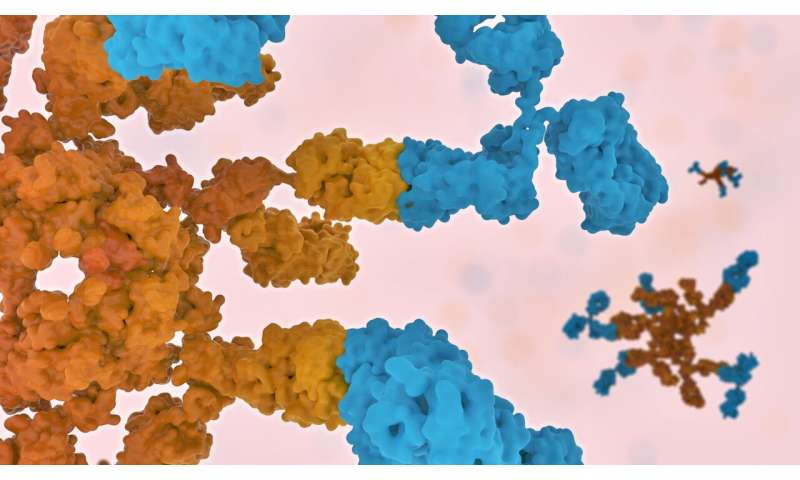 There are more than 100 different autoimmune diseases. But what unites them all is that they arise from an individual’s own cells—rare and mysterious immune cells that target not external viruses and bacteria but the body’s own healthy organs and tissues.

For the first time, a team led by researchers at the Garvan Institute of Medical Research have pinpointed individual cells that cause autoimmune disease from patient samples. They also uncovered how these cells ‘go rogue’ by evading checkpoints that normally stop immune cells from targeting the body’s own tissues.

The findings could have significant implications for the diagnosis and treatment of autoimmune disease, which affects one in eight individuals in Australia.

“Current treatments for autoimmune disease address only the symptoms, but not the cause. To make more targeted treatments that address disease development and progression, we first need to understand the cause,” says Professor Chris Goodnow, co-senior author of the published work, Executive Director of the Garvan Institute and Director of the UNSW Sydney Cellular Genomics Futures Institute.

“We have developed a technique that allows us to look directly at the cells that cause autoimmune disease—it’s as though we’re looking through a new microscope lens for the first time, learning more about autoimmune disease than was ever possible before.”

The findings, published in the journal Cell today, are part of the visionary Hope Research program.

Tracing autoimmune disease to its origins

Because ‘rogue’ immune cells are so rare in a blood sample—less than one in 400 cells—studying them has been a challenge. Analysis to date has at best revealed ‘averages’ of the vast mix of cells in a patient’s sample, says Dr. Mandeep Singh, first author of the published paper.

“Using cellular genomics, we developed a method to ‘zoom in’ on these disease-causing immune cells in the blood samples of four patients with cryoglobulinemic vasculitis—a severe inflammation of the blood vessels,” says Dr. Singh.

By first separating individual cells, and then separating their genetic material, the researchers isolated immune cells that produced ‘rheumatoid factors’ – antibody proteins that target healthy tissues in the body and are associated with the most common autoimmune diseases, including rheumatoid arthritis.

Once isolated, the researchers then analysed the DNA and messenger RNA of each of these ‘rogue’ cells, scanning more than a million positions in the genome to identify DNA variants that may be at the root of disease.

The evolution of autoimmune disease

Through their analysis, the researchers discovered that the disease-causing immune cells of the vasculitis patients had accumulated a number of mutations before they produced the damaging rheumatoid factors.

“We identified step-wise genetic changes in the cells at the root of an autoimmune disease for the first time, tracing an ‘evolutionary tree’ of how normal immune cells develop into disease-causing cells,” says co-senior author Dr. Joanne Reed, who heads the Rheumatology and Autoimmunity Group at the Garvan Institute.

Remarkably, the researchers found that some of the first gene mutations that occurred in these rogue cells were known to drive lymphomas (cancerous immune cells).

“We uncovered ‘lymphoma driver mutations’, including a variant of the CARD11 gene, which allowed the rogue immune cells to evade immune tolerance checkpoints and multiply unchecked,” explains Professor Goodnow, who first hypothesised that disease-causing autoimmune cells employ this cancer tactic in 2007.

Further, the researchers found that cells with the lymphoma driver mutations accumulated further mutations that caused the rheumatoid factors they produced to aggregate, or ‘clump together’, at lower temperatures.

“This explains the patients’ cryoglobulinemic vasculitis, a severe condition that develops in some people with Sjögren’s syndrome, systemic lupus, rheumatoid arthritis, or hepatitis C virus infection. In these individuals, rheumatoid factors in the blood aggregate at colder temperatures closer to the skin and also in the kidneys, nerves, and other organs, which damages blood vessels and often proves very difficult to treat,” says Dr. Reed.

Not only have the research findings uncovered the root cause of an autoimmune disease—the ability to identify and investigate specific immune cells at such resolution has vast potential for future treatments to target the cause of all autoimmune diseases.

“In our study, we uncovered specific mutations that mark early stages of autoimmune disease. If we can diagnose a patient at these stages, it may be possible to combine our knowledge of these mutations with new targeted treatments for lymphoma to intervene in disease progression or to track how well a patient is responding to treatments,” says Dr. Reed.

The researchers are now planning follow-up studies to investigate mutations of autoimmune cells in a range of other diseases, including lupus, celiac disease and type 1 diabetes.