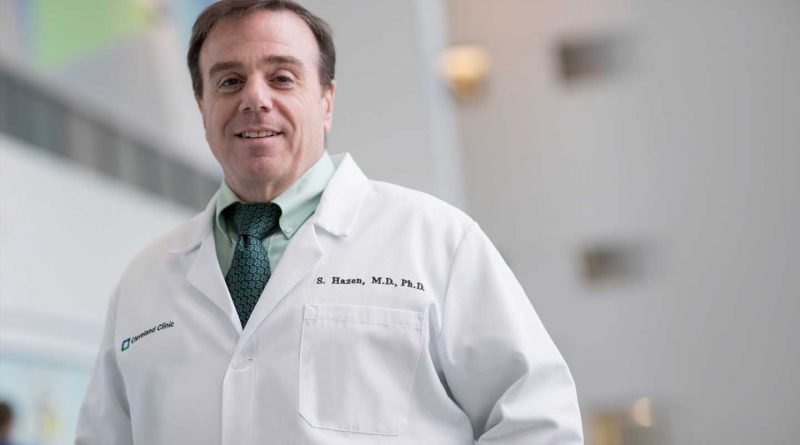 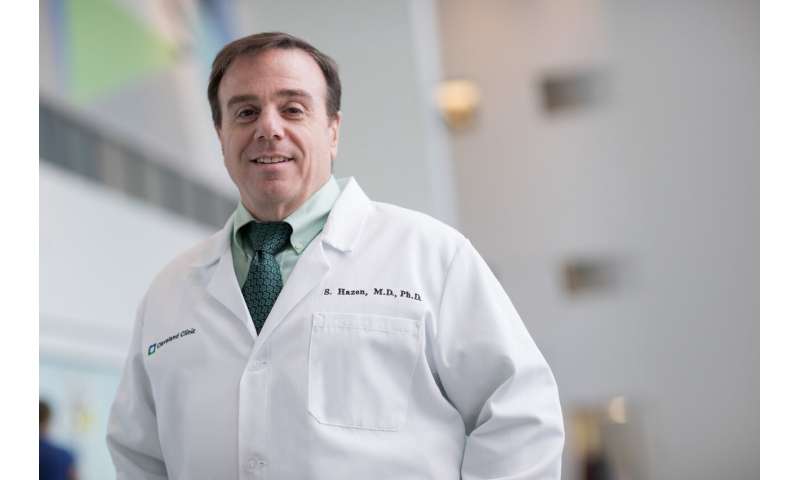 Cleveland Clinic researchers have identified a gut microbe generated byproduct—phenylacetylglutamine (PAG) – that is linked to development of cardiovascular disease, including heart attack, stroke and death. The study was published in Cell today.

Phenylalanine is an amino acid found in many foods, including plant- and animal-based protein sources like meat, beans and soy. The researchers—led by Stanley Hazen, M.D., Ph.D., chair of the Department of Cardiovascular & Metabolic Sciences in Lerner Research Institute and co-section head of Preventive Cardiology & Rehabilitation in the Miller Family Heart, Vascular & Thoracic Institute—found that when phenylalanine is broken down by microbes in the gut, it produces a byproduct (metabolite) that ultimately shows up in blood called phenylacetylglutamine (PAG) that contributes to heart disease.

“Over the past decade there has been an increasing amount of data to suggest that gut microbes play a role in health, especially as it relates to heart disease,” said Dr. Hazen, who also directs the Cleveland Clinic Center for Microbiome and Human Health. “We found that blood levels of PAG contribute to cardiovascular disease risk in a couple of different ways.”

Analyzing samples from more than 5,000 patients over three years revealed that elevated PAGln levels predicted subjects who went on to experienced adverse cardiac events like heart attack and stroke in the future, and also in those with type 2 diabetes (an independent risk factor for cardiovascular disease). Animal model and microbe transplantation studies suggest the gut microbe-produced PAG can play an important role in driving cardiovascular disease.

The researchers also analyzed whole blood, platelet-rich plasma and isolated platelets from patient samples to understand how PAG affects cell processes. They then analyzed animal models of arterial injury to see how PAG induced cellular changes manifest into disease. Dr. Hazen and his team found that PAG enhanced platelet reactivity and clotting potential, which increases the likelihood of blood clots, a major cause of adverse cardiac events like heart attack and stroke.

“Part of the reason we were so interested to have made this discovery is because we found that PAG binds to the same receptors as beta blockers, which are drugs commonly prescribed to help treat cardiac diseases.” said Hazen.