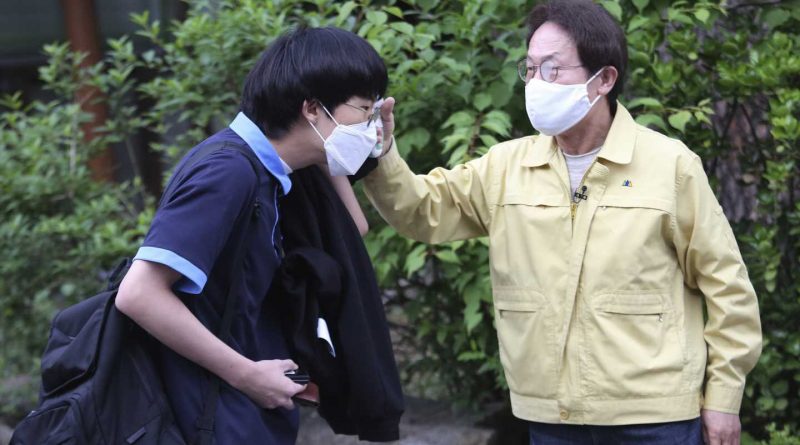 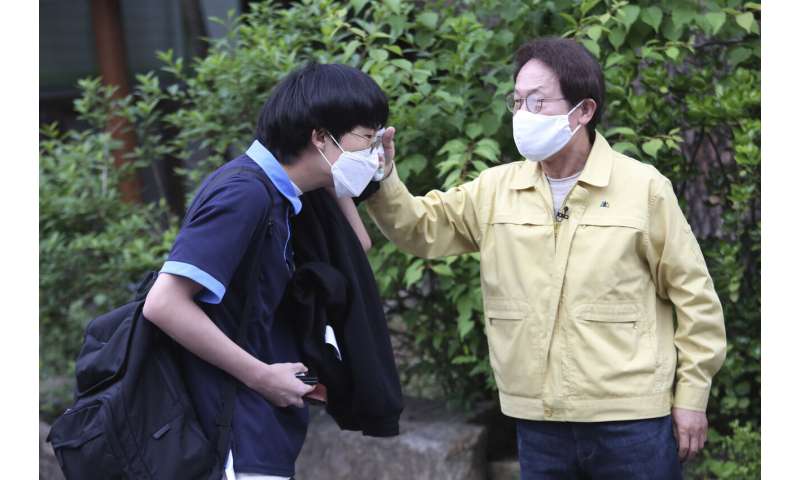 South Korean students began returning to schools Wednesday as their country prepares for a new normal amid the coronavirus pandemic.

In a reminder that returning to normalcy won’t be easy, students in some schools near Seoul were quickly asked to leave and return home after two students were found to have contracted the virus. South Korean health authorities on Wednesday reported 32 new cases over a 24-hour period, the first time the daily jump has been above 30 in more than a week.

Hundreds of thousands of high school seniors entered their schools after having their temperatures checked and rubbing their hands with sanitizers on Wednesday morning. Students and teachers are required to wear masks in classrooms, and some schools installed plastic partitions at each student’s desk, according to the Education Ministry.

Lower-level students were set to return to school in phased steps by June 8.

South Korea’s new school year was supposed to start in early March, but it was delayed several times due to worries about the spread of the coronavirus. About 5.4 million students in South Korea have been subsequently taking classes online.

At Seoul’s Kyungbock High School, Cho Hee-yeon, the education superintendent in the capital, used a digital ear thermometer to check students’ temperatures at the main gate while another official placed liquid sanitizer on the hands of those students. Signs that read “No outsiders are allowed to enter the school premises” were set up. 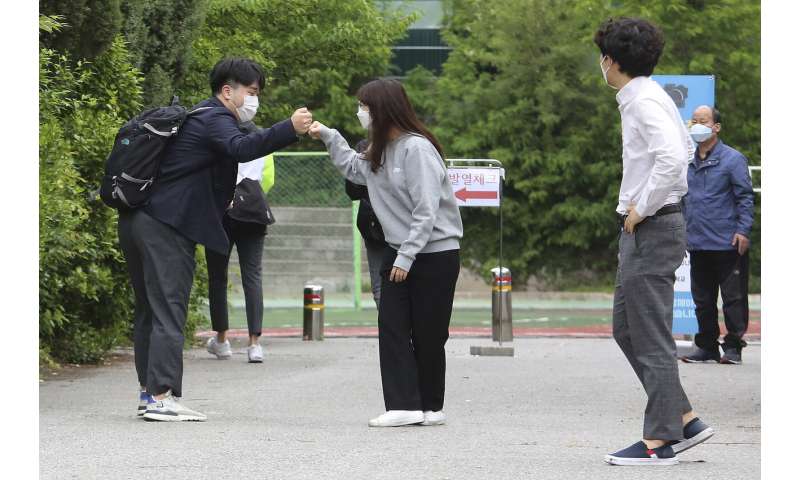 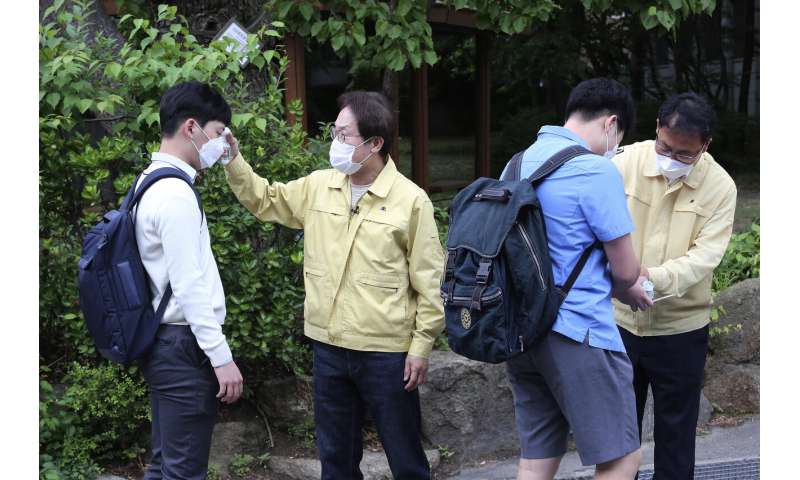 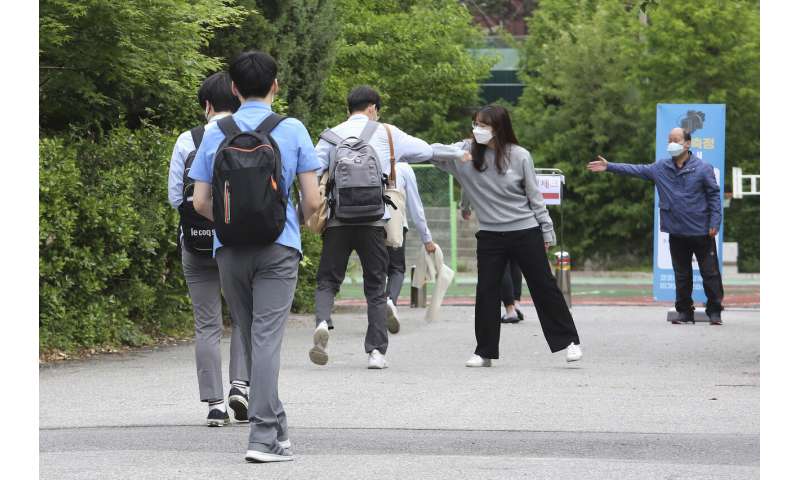 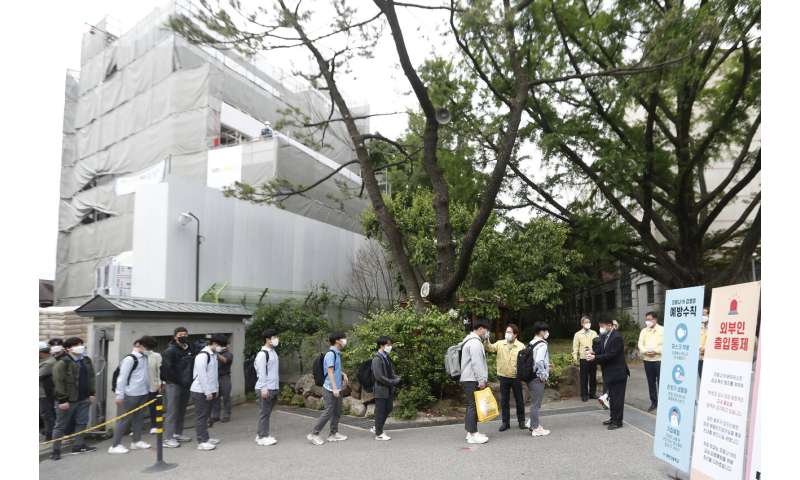 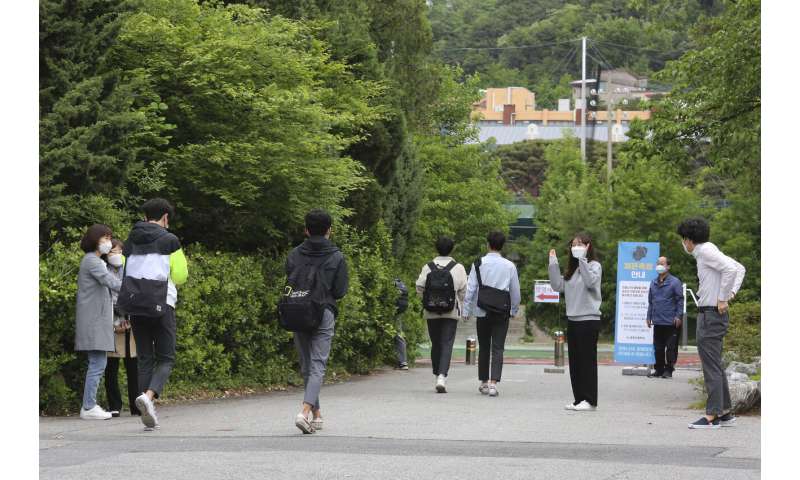 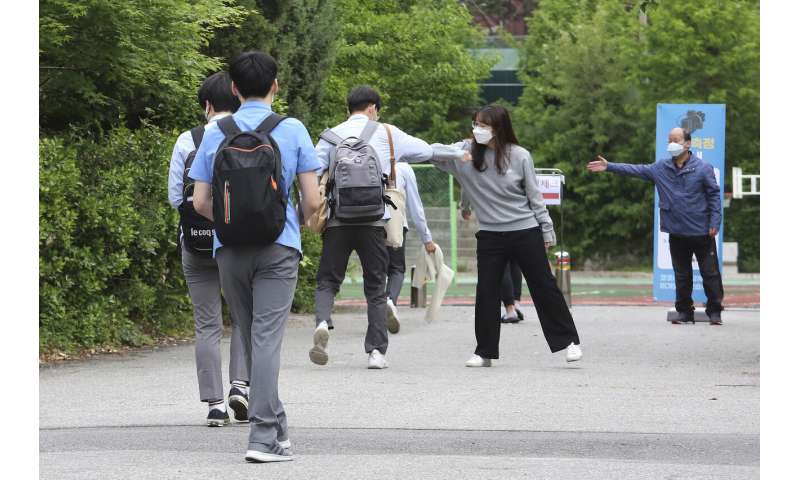 “I am here to see students returning to school while praying that there won’t be any coronavirus patients among our students in 2,200 schools” in Seoul, Cho Hee-yeon, Seoul’s top education superintendent, told reporters.

Students at 66 schools in Incheon, just west of Seoul, had to leave after two students at one of the schools tested positive for the virus Wednesday. The two students didn’t attend school on Wednesday, but authorities decided to temporarily close all schools in their neighborhood as students there may have come in contact with the two infected students earlier, according to the Incheon Metropolitan City Office of Education.

South Korea relaxed much of its social distancing rules in early May. But it quickly saw a small but sudden spike in new infections linked to nightclubs in Seoul. Those latest outbreaks had been on a downward trend until Tuesday.