Home » Health News » Stroke in the Young: Cancer in Disguise? 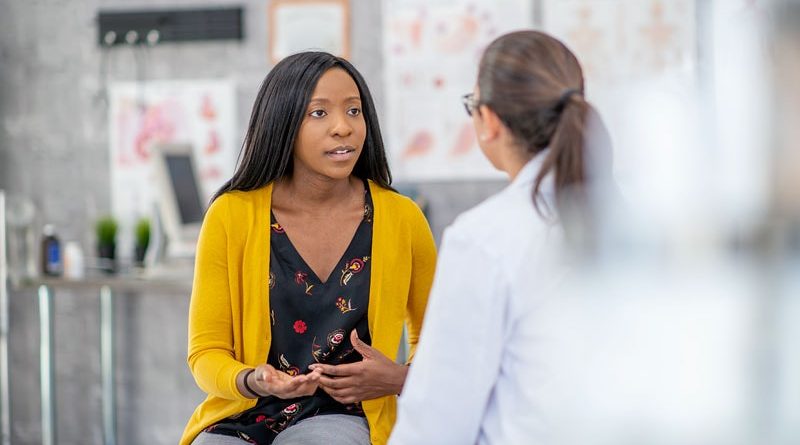 Young stroke patients have an increased risk of being diagnosed with a new cancer in the years following their stroke, a new study shows, raising the possibility that the stroke might be the first manifestation of an underlying cancer.

Also, having an active cancer is known to be a risk factor for thrombosis. This association is strongest in venous thrombosis and has been less well investigated in arterial thrombosis, Verhoeven reported.

Her group aimed to investigate whether in some patients with cryptogenic stroke, this may be the first manifestation of an underlying cancer. “If this hypothesis is true, then it would be more obvious in young patients who have a higher incidence of cryptogenic stroke,” she said.

They performed a population-based observational cohort study using diagnostic ICD codes from the national Hospital Discharge Registry in the Netherlands and the Dutch Population Registry from 1998 to 2019.

Patients with a history of cancer before their first stroke and those with central nervous system cancers at the time of stroke or nonmelanoma skin cancers (which have been shown to have no systemic effects) were excluded.

Reference data came from the Netherlands Comprehensive Cancer Organisation, which collects data on all cancer diagnoses in the country.

The cumulative incidence of any cancer at 10 years was 3.7% in the younger group and 8.5% in the older group.

The data were compared with matched peers from the general population. The main outcome measures were cumulative incidence of first-ever cancer after stroke (stratified by stroke subtype, age and sex) and standardized incidence rates.

Results showed that the risk for cancer was higher in the younger age group than in the matched general population.

In contrast, in stroke patients older than 50 years, the 1-year risk for any new cancer was 1.2 times higher than the general population after either ischemic or hemorrhagic stroke.

“The younger patients have a higher risk increase of cancer than older patients, and this risk increase is most evident in the first 1 to 2 years after stroke but remains statistically significant for up to 5 to 8 years later,” Verhoeven said.

The cancers that were most involved in this risk increase were those of the lower respiratory tract, hematologic cancers, and gastrointestinal cancers.

The main strength of this study was the use of national databases that allowed for a very large sample size, but this brings with it the danger of misclassification of events and the lack of clinical data, Verhoeven noted.

“Young stroke patients are at increased risk of developing a new cancer in the years following their stroke compared to peers from the general population, but this risk is only marginally increased in the older stroke population,” she concluded.

She pointed out that it is not possible to confirm any causal relation from this study design, but a clear association has been shown.

“We need more studies into this field. We need a large clinical dataset to examine which clinical phenotypes are associated with possible underlying cancers to identify which patients are most at risk. We are already working on this,” she said. “Then it remains to be investigated whether screening for an underlying cancer should be added to the diagnostic work-up in young stroke patients.”

Commenting on the study after the presentation, William Whiteley, BM, a clinical epidemiologist at the University of Edinburgh, United Kingdom, and a consultant neurologist in NHS Lothian, said it was difficult to know whether the link shown between stroke and cancer was causal, but the effect size in this study was “quite large.”

He pointed out that the associations with bowel and lung cancer could be due to shared risk factors, such as smoking, but he said the finding on a link with hematologic cancers is “interesting.”

Noting that there are links between hematologic cancers and thrombotic events, he said: “People have wondered if that is because of clonal expansion, which has been shown to increase the risk of atherosclerosis, so the question is whether this is some kind of common risk factor here.”

Verhoeven said she did not believe that shared risk factors fully explained the difference in increased risks between young and older patients.

“It does not fully explain why the risk of cancer is specifically higher in the first 1 to 2 years after the stroke diagnosis. I would think if it was just shared risk factors, the risk increase should remain relatively stable, or even increase due to the build-up of exposure to risk factors over the years,” she commented.

Whiteley said that data like these are “really useful in trying to estimate these associations and it gives us some hypotheses to investigate in smaller mechanistic studies.”

Asked whether these data justify screening younger cryptogenic stroke patients more systematically for cancer, Whiteley replied: “I think we need some absolute risk estimates for that; for example, what proportion of younger patients would be at risk over the next few years when that screening would make a difference.”