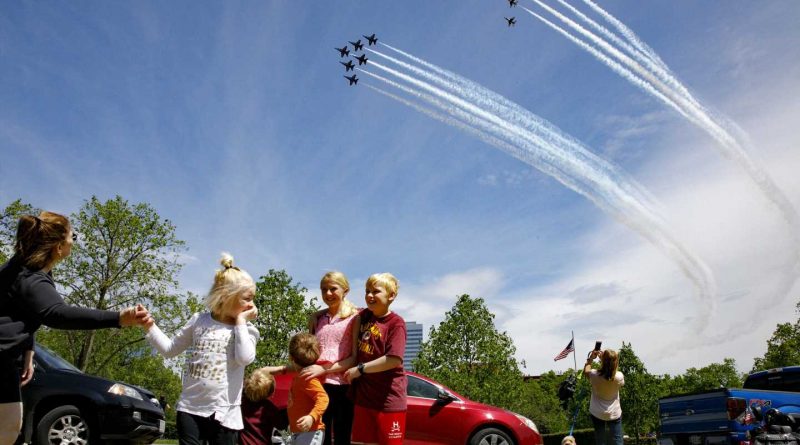 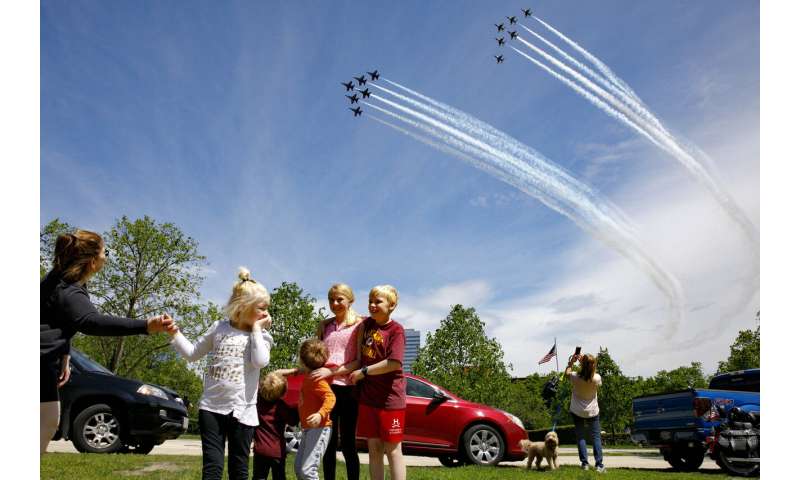 Gorgeous spring weather across the United States and Europe on Saturday drew people cooped up inside for weeks outside to soak in the sun, even as additional coronavirus hot spots in Russia and Pakistan emerged.

Though grateful to be outdoors, people were still wary—masks were worn everywhere, even on southern U.S. beaches and by some joggers in Spain. A New York City farmer’s market enforced the familiar 6 feet (2 meters) of space between people waiting to buy spring flowers. Mothers in Central Park reminded their kids to give people space. And small groups of picnickers kept their safe distances, while joggers moved past each other without a glance.

Retired New York attorney Stan Neustadter pulled down his mask to say it’s been important to his spirit to get out. “Why live like a rabbit? Plus I’m approaching 78, I’ve had a great run,” Neustadter said.

Police and park officials were spread out across New York City, which sent out 1,000 officers to enforce social distancing on the warmest day since mid-March. But they were more likely to break up large groups, leaving the nuisances of social distancing and hanging out safely outside to New Yorkers themselves.

“Go for a walk, but respect the social distancing and wear a mask,” New York Gov. Andrew Cuomo said. 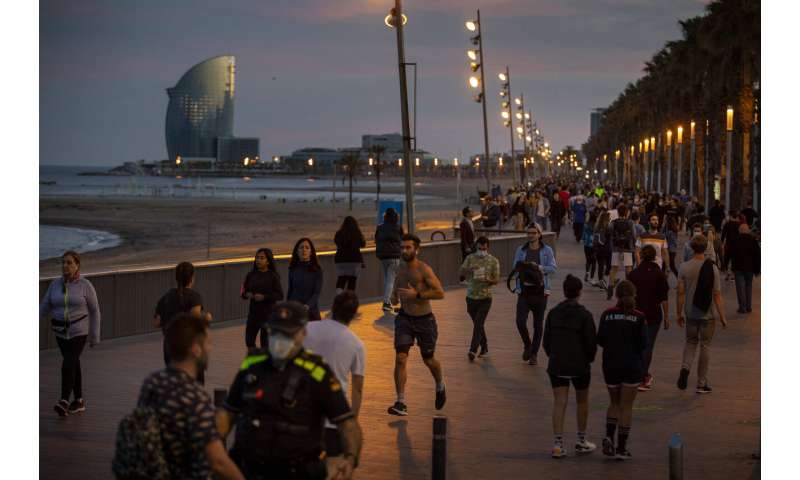 With gigs drying up at clubs and concert halls, German native Julia Banholzer, a saxophonist, said she has taken to playing al fresco in Central Park for whoever happens by. On Saturday that was a steady stream of folks, most wearing masks, who left tips for her trio as they worked their way through a set of jazz standards.

“It’s great to have an audience after all these weeks.” she said. “All my dates have been canceled through September, and I don’t know if any will come back this year. New York is a tough place, but this is just another tough period we need to get through.”

Meanwhile, fighter jets from the U.S. Navy Blue Angels and U.S. Air Force Thunderbirds drew people outside as they flew over Atlanta, Baltimore and Washington in honor of health care workers. In Atlanta, motorists stopped on a major highway while other people found open places to look to the sky on rooftops or a cemetery. 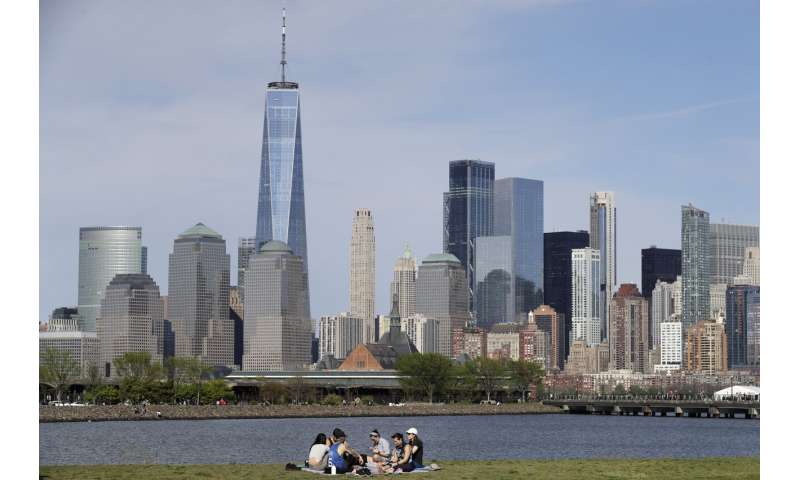 New Jersey reopened state parks Saturday. Limited to 50% capacity in their parking areas, several had to turn away additional arrivals by the afternoon. But nearly everyone followed the rules on social distancing and Gov. Phil Murphy said “so far, so good” at his daily briefing.

Margie Roebuck and her husband were among the first people on the sand at Island Beach State Park. “Forty-six days in the house was enough,” she said.

Elsewhere in the world, the pandemic’s danger was still evident. Russia and Pakistan reported their biggest one-day spikes in new infections.

Overall, Russia has reported around 125,000 cases and more than 1,200 deaths. True numbers are believed to be much higher because not everyone is tested. In the far northeast, 3,000 of 10,000 workers at a vast natural gas field tested positive, Russian news agencies reported. 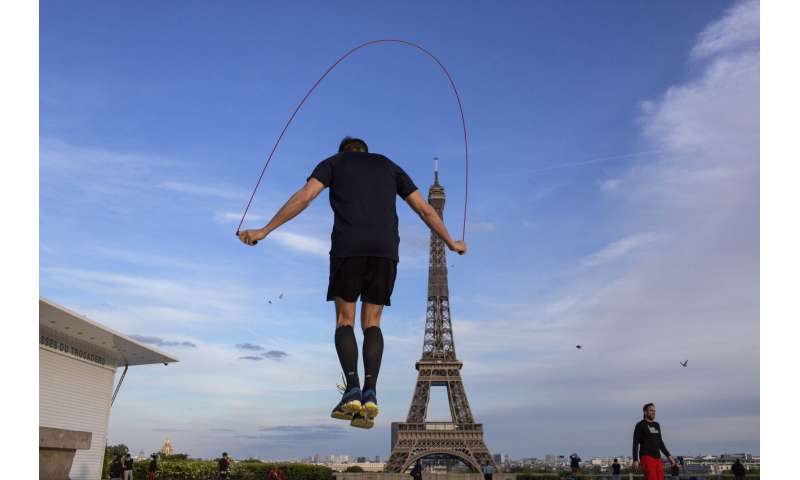 Moscow’s mayor said this week that officials are considering establishing temporary hospitals at sports complexes and shopping malls to deal with the influx of patients. Infection cases have reached the highest levels of government, with both the prime minister and the construction minister contracting the virus.

Pakistan appears to be joining Russia with rapidly increasing case counts. On Saturday, Pakistan announced nearly 1,300 new cases, raising the total in the country of 220 million people to about 18,000.

Newspaper photos showed large numbers of the faithful at Pakistani mosques and only some practicing social distancing. Prime Minister Imran Khan’s government said it might ease controls, but doctors have pleaded for stricter lockdowns, warning an explosion of infections would overwhelm hospitals with only 3,000 intensive care beds nationwide. 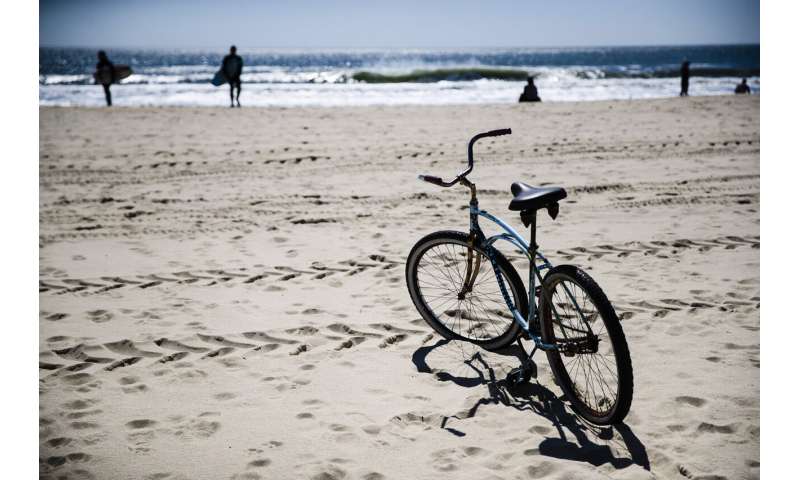 The virus has killed more than 238,000 people worldwide, including more than 65,000 in the United States and more than 24,000 each in Italy, Britain, France and Spain, according to a count kept by Johns Hopkins University. Health experts warn a second wave of infections could hit unless testing is expanded dramatically.

For most people, the coronavirus causes mild or moderate symptoms. For some, especially older adults and those with health problems, it can cause severe illness such as pneumonia, or death.

There are economic factors to consider as well. In some areas of the United States, reopening is being urged to ease the shutdown of businesses that plunged the global economy into its deepest slump since the 1930s and wiped out millions of jobs.

It has created a patchwork of rules across the 50 states. In South Carolina, where about 20% of the state’s revenue comes from tourism, beach hotels were allowed to reopen Friday. Webcams showed dozens of people on the beach Saturday, but pools still closed. South Carolina also hasn’t reopened dine-in restaurants, unlike neighboring Georgia. Some U.S. states have yet to start start the reopening process. 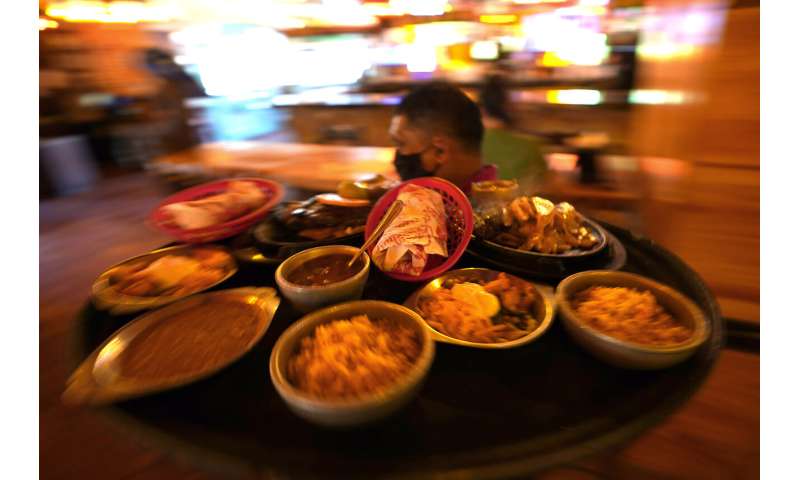 Business owners have also been left wondering if customers will return. On a postcard-perfect spring day, Detroit’s Eastern Market had far fewer customers and vendors than normal at the farmer’s market.

Jill and Mark Thomas said they felt safe selling bottles of homemade wine from their Unwined Winery, but it wasn’t the same in the COVID-19 world.

“It’s easier when you can get samples to people,” said Jill Thomas. “We’re not allowed to do that now.”

In Spain, where COVID-19 has caused more than 25,100 deaths, people ventured out Saturday for the first time since a March 14 lockdown.

“I feel good, but tired. You sure notice that it has been a month and I am not in shape,” 36-year-old Cristina Palomeque said in Barcelona. “Some people think it may be too early, as I do, but it is also important to do exercise for health reasons.” 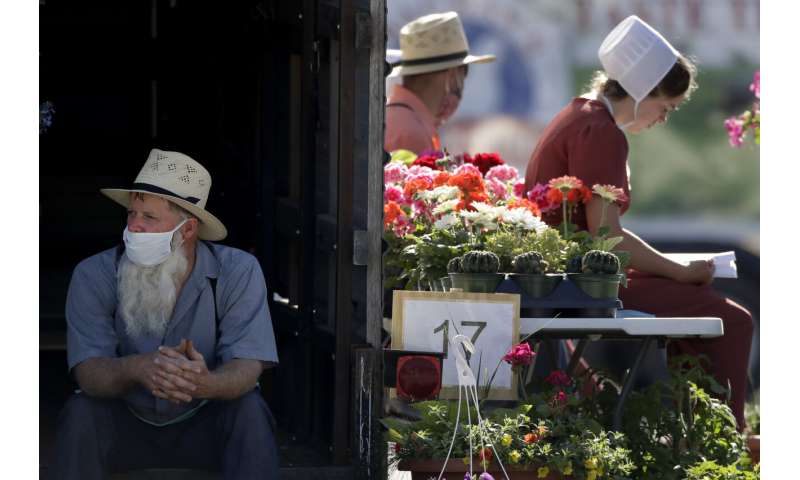 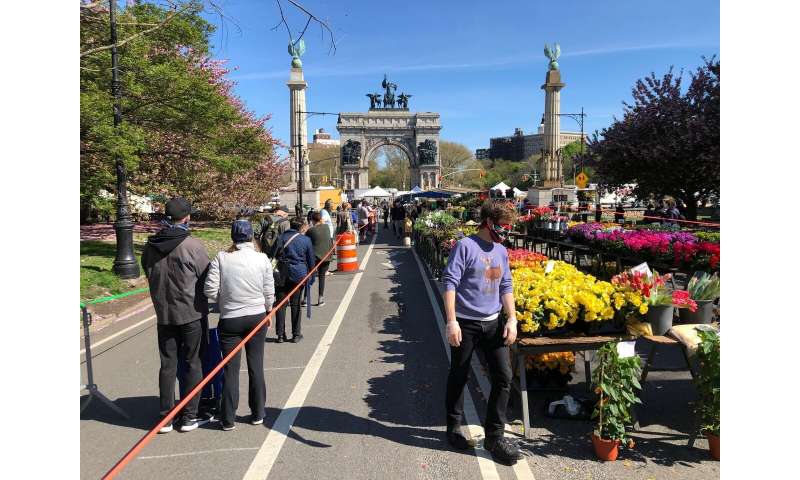 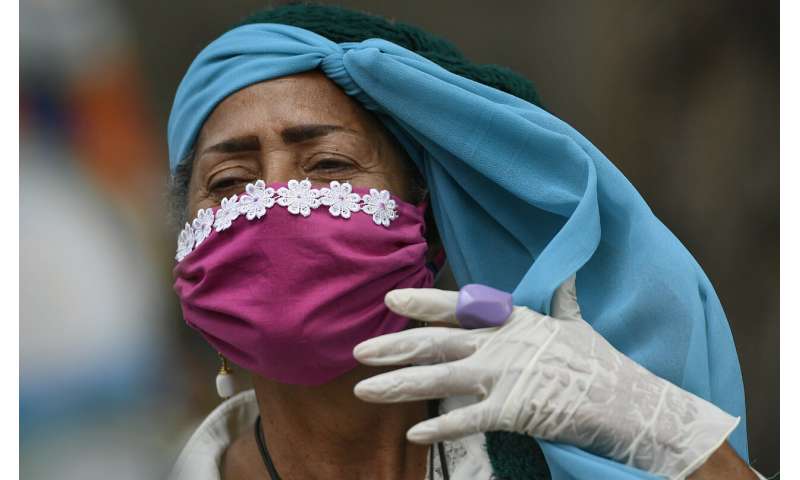 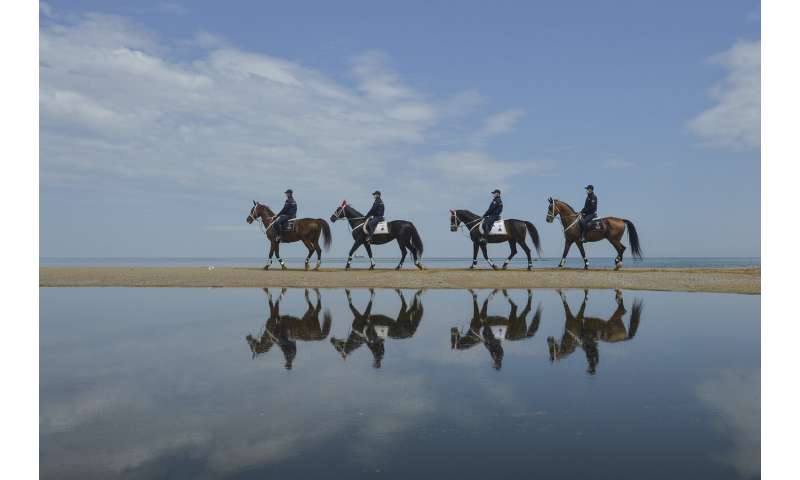 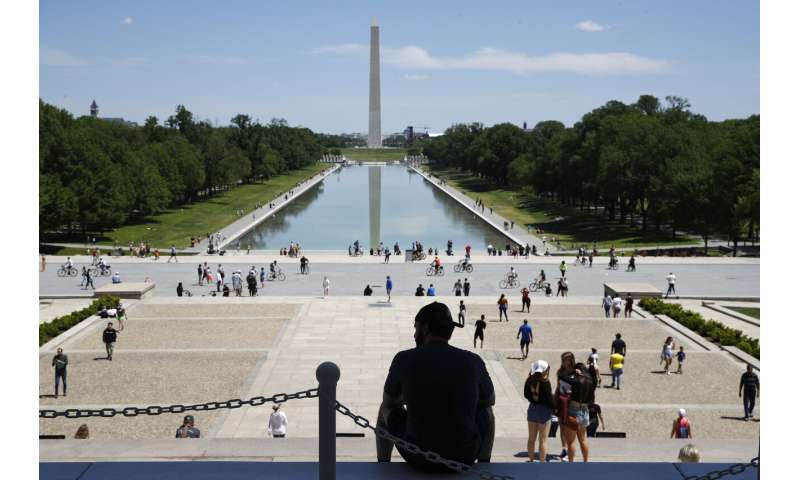 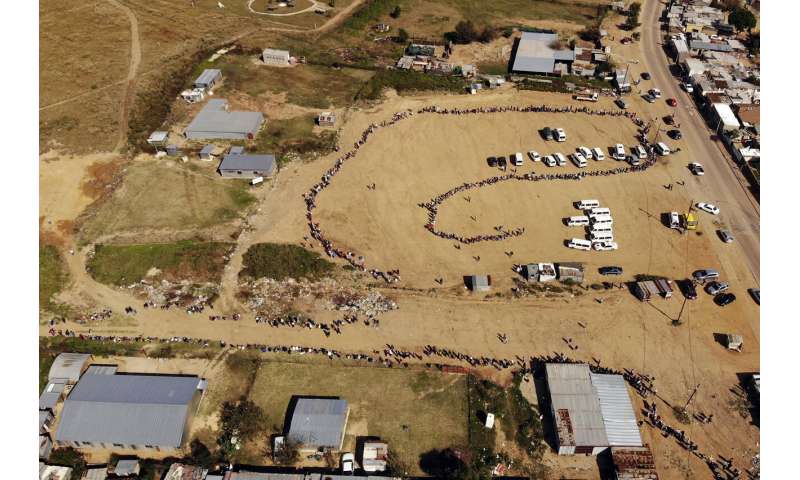 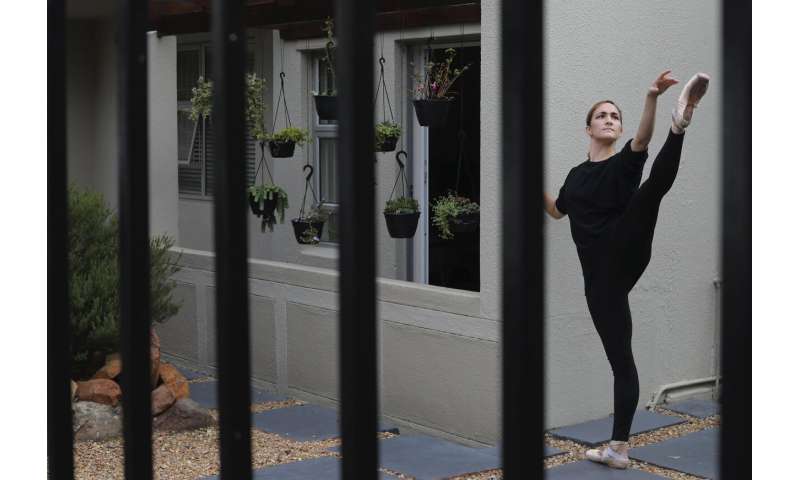 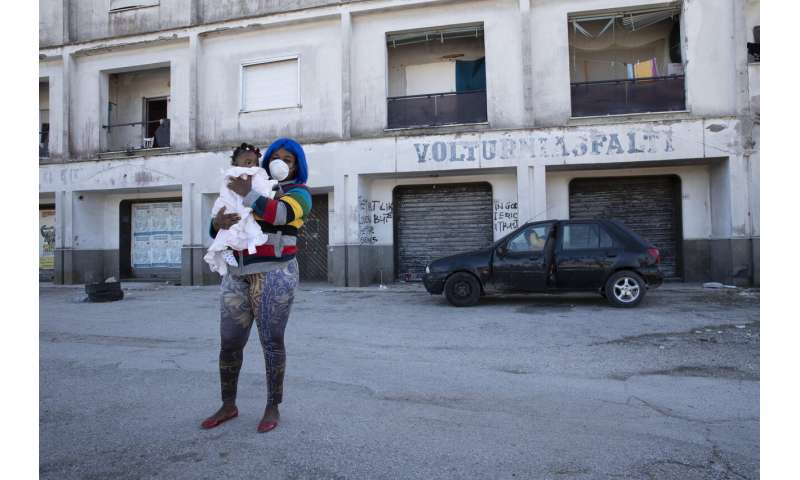 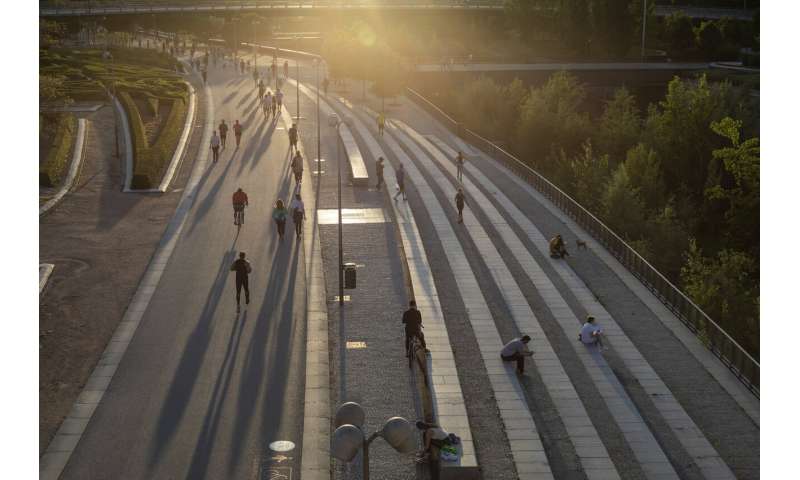