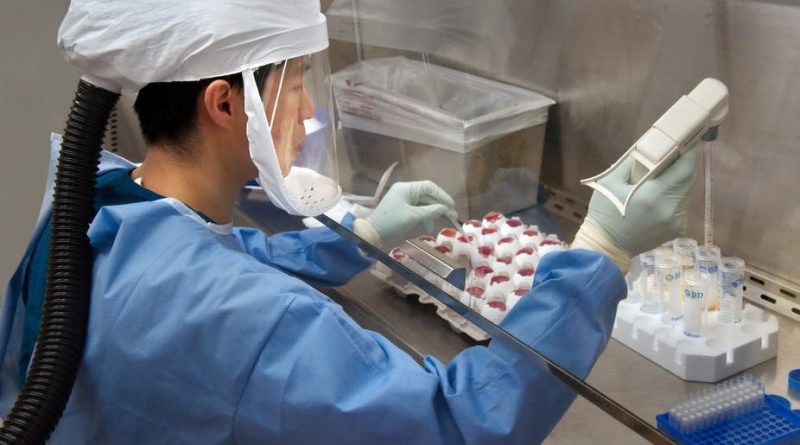 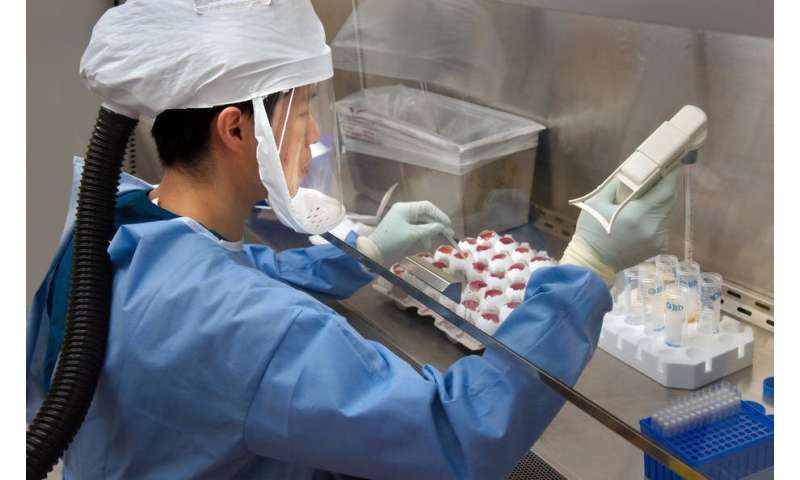 The COVID-19 pandemic, which is disrupting our lives and shaking our health systems and economies, is at the root of what Dr. Sylvie Briand, director of the Department of Pandemic and Epidemic Diseases of the World Health Organization (WHO), rightly described as an infodemic – the viral circulation of rumours and false information.

Journalists and so-called experts have seriously suggested that the SARS-CoV-2 coronavirus at the heart of the epidemic could have been produced in the Level 4 Biosafety Laboratory (BL4) in China’s Wuhan region, the epicentre of the epidemic.

These theories have gone viral, to the point that recent polls show that 23% of Americans and 17% French believe that the new coronavirus was made intentionally in a laboratory.

The wave of conspiracy theories surrounding the COVID-19 epidemic has also been spurred on by a few governments waging a veritable information war by politicizing the epidemic. In a speech on March 11, 2020, US president Donald Trump called COVID-19 the “Chinese virus”. In response, a spokesperson for the Chinese Ministry of Foreign Affairs posted on his Twitter account an article allegedly demonstrating that SARS-CoV-2 was already present in 2019 in the United States and was brought to China by American soldiers.

The spread of such false information can hamper the response to real epidemics, and it is therefore crucial to establish the verifiable facts about SARS-CoV-2 virus.

What do we know about the origins of COVID-19?

The results of the genomic analysis of SARS-CoV-2 are clear: its sequence is 96% identical to that of the RaTG13 coronavirus isolated from a bat collected in the Chinese province of Yunan. The sequence of the receptor binding domain (RBD) present on the surface of SARS-CoV-2 that allows it to infect human cells, however, diverges strongly from the equivalent sequence observed in RaTG13. On the other hand, the RBD sequence of SARS-CoV-2 is very close (99%) to that of a coronavirus isolated in the pangolin. This suggests that SARS-CoV-2 is the result of the recombination of two viruses. This recombination mechanism has already been observed in coronaviruses.

Comparison of coronavirus sequences present in nature supports a natural origin for SARS-CoV-2. Furthermore, SARS-CoV-2 contains no trace of any human-mediated genetic manipulation. More specifically, it does not contain residual sequences related to vector systems conventionally used for genetic manipulation, which suggests that it is indeed the product of natural random selection.

There is indeed a BL4 laboratory in Wuhan: the Wuhan National Biosafety Laboratory. Built in partnership with France, it obtained certification in 2017. Following the SARS epidemics of 2002-2004 and H1N1 in 2009, China wanted to improve its capacity to fight epidemics. The laboratory primarily carries out research on Ebola, Crimean-Congo hemorrhagic fever and SARS. The only documented accident linked to a laboratory working on coronaviruses in China was the infection of nine individuals … the SARS-CoV-1 virus responsible for the SARS epidemic of 2002-2004. The people infected were two students working at the National Institute of Virology Laboratory and their relatives.

There are almost 30 BL4 laboratories listed worldwide. Their operations have always been a source of controversy and suspicion, in particular because some were previously involved in the manufacture of biological weapons. With the signing of the 1972 Convention on the Prohibition … f Biological Weapons, which banned the development, acquisition, stockpiling and use of biological weapons, the purpose of the laboratories changed. They now officially work to fight epidemics and biological weapons. However, it has been shown that certain countries, including the former Soviet Union, continued to fund biological-weapons research programs, such as Biopreparat, despite having signed the convention.

These BL4 laboratories have indeed already been linked to accidents. For example, the 1979 Sverdlovsk disaster, which involved the accidental spread of spores of … m Bacillus anthracis that causes anthrax, caused dozens of deaths. The 2001 anthrax attacks in the United States were linked to a microbiologist, Bruce Ivins, who was working in a US Army BL4 laboratory. These high security laboratories have thus provided fertile ground for the development of highly extravagant conspiracy theories.

It is also true that ancient deadly viruses have been resuscitated in the laboratory, that new viruses are created by genetic manipulation for research purposes, and that some viruses have already been disseminated in the wild by countries. In 2005, the 1918 Spanish influenza virus was genetically engineered and tes … ed in the laboratory to better understand its exceptional virulence. In 2012, the H5N1 flu virus was modified in the laboratory to give it the ability to infect ferrets by air to understand how the virus could mutate to infect humans by the same route. In 2017, the Australian government authorised the spread of a strain of rabbit hemorrhagic disease virus (RHDV1 K5) to reduce the population of wild rabbits on its territory. These well-documented events have also provided good fodder for an infinite variety of scenarios.

What do a “celestial teapot” and the conspiracy theories surrounding COVID-19 have in common? More than you might think at first glance.

The metaphor of the celestial teapot was proposed by the philosopher Bertrand Russell to challenge the idea that it is up to the sceptic to refute the unverifiable bases of religion and to affirm that the burden of proof falls instead to the believer. Russell suggested that a teapot is in orbit around the sun, precisely between Earth and the planet Mars. We cannot demonstrate that this teapot does not exist, so we have to believe it is there. Russel’s teapot is the cosmic version of Ockham’s razor, also known as the principle of parsimony or simplicity. This principle recommends eliminating complex explanations for a phenomenon from reasoning if simpler explanations prove plausible. There remains a fundamental principle of logical reasoning in science: it does not state that the simplest explanation is necessarily true, only that it must be considered first.

In the case of COVID-19, there is no verifiable fact to support the hypothesis that SARS-CoV-2 was intentionally manufactured in a laboratory. Various conspiracy theories are only supported by correlations, such as the existence of a BL4 in Wuhan. The RBD sequences of the virus could, in theory, result from an adaptation of the virus in the laboratory when cultured in human cells. But the existence of an RBD sequence that is 99% identical in a coronavirus infecting the pangolin supports a more parsimonious hypothesis: the infection of a bat or a pangolin with two coronaviruses that recombined to form a new virus that in turn infected a human, who would then be the famous and still unknown patient zero behind the COVID-19 epidemic.