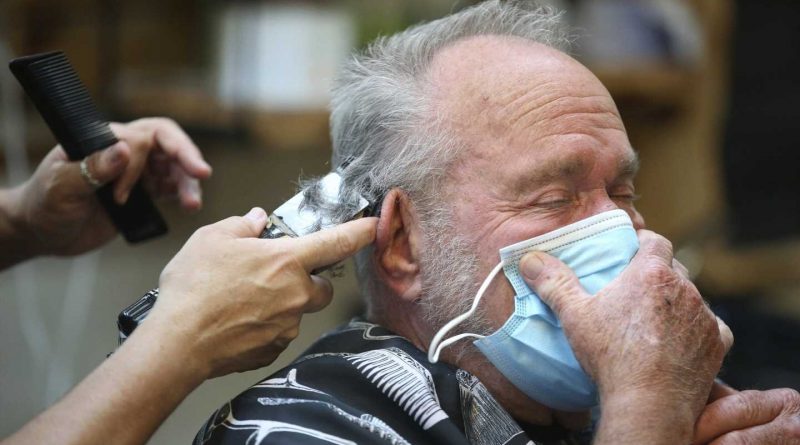 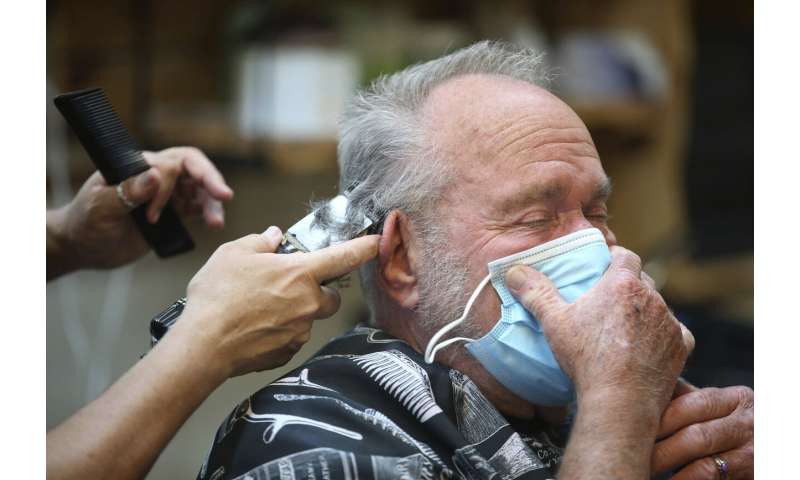 Even as the confirmed U.S. death toll from coronavirus rose past 50,000, salons, spas and barbershops reopened Friday in Georgia and Oklahoma with a green light from their Republican governors, who eased lockdown orders despite health experts’ warnings.

Though limited in scope, and subject to social-distancing restrictions, the reopening marked a symbolic milestone in the debate raging in the United States – and the world—as to how quickly political leaders should lift economically damaging lockdown orders.

Similar scenarios have been playing worldwide and will soon proliferate in the U.S. as other governors wrestle with conflicting priorities. Their economies have been battered by weeks of quarantine-fueled job losses and soaring unemployment claims, yet health officials warn that lifting stay-at-home orders now could spark a resurgence of COVID-19.

The coronavirus has killed more than 190,000 people worldwide, including—as of Friday—more than 50,000 in the United States, according to a tally compiled by John Hopkins University from government figures. The actual death toll is believed to be far higher.

New cases are surging in Africa and Latin America as outbreaks subside in some places that were hit earlier.

In Oklahoma, Gov. Kevin Stitt authorized personal-care businesses to open, citing a decline in the number of people being hospitalized for COVID-19. Those businesses were directed to maintain social distancing, require masks and frequently sanitize equipment. 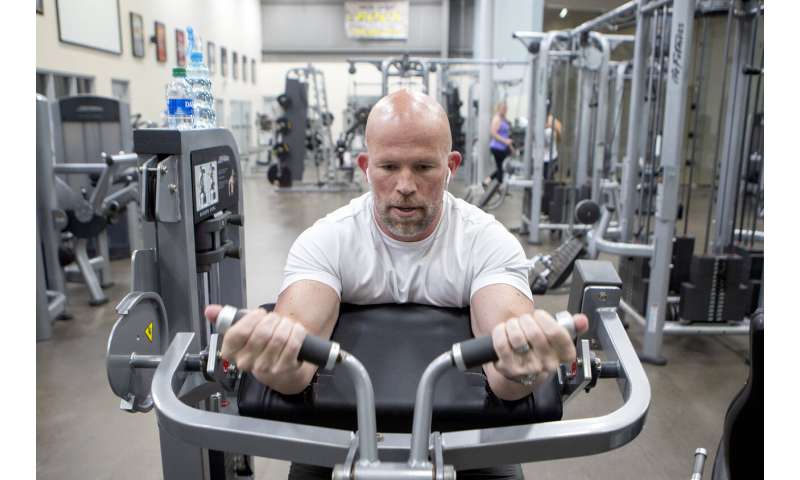 Still, some of the state’s largest cities, including Norman, Oklahoma City and Tulsa, were opting to keep their bans in place until at least the end of April.

Amy Pembrook and her husband, Mike, reopened their hair salon in the northwest Oklahoma town of Fairview after it had been shuttered for about a month.

“We’re super excited about going back, but we have caught a little flack from people who say it’s too early,” Amy Pembrook said. “We just said we can live in fear for a long time or we can trust that everything is going to be OK.”

With deaths and infections still rising in Georgia, many business owners planned to stay closed despite Gov. Brian Kemp’s assurance that hospital visits and new cases have leveled off enough for barbers, tattoo artists, massage therapists and personal trainers to return to work with restrictions. 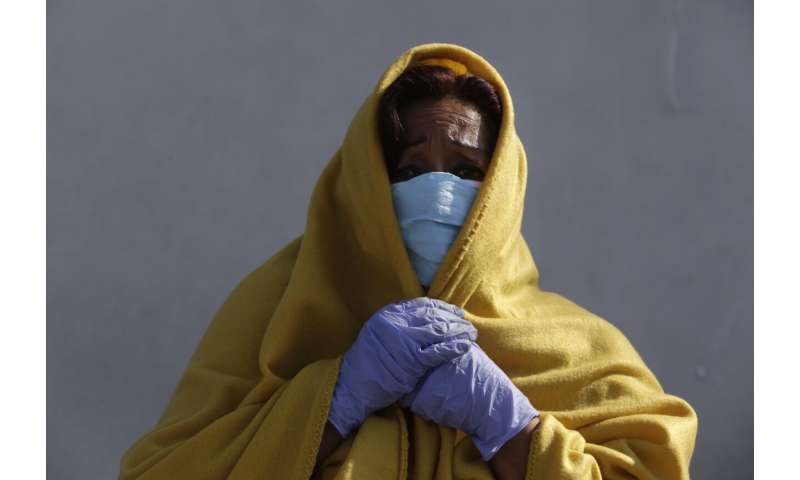 Kemp’s timeline to restart the economy proved too ambitious even for President Donald Trump, who said he disagrees with the fellow Republican’s plan.

On Friday, Trump signed a $484 billion bill to aid employers and hospitals under stress from the pandemic—the latest federal effort to help keep afloat businesses that have had to close or scale down. Over the past five weeks, roughly 26 million people have filed for jobless aid, or about 1 in 6 U.S. workers.

Without a tried-and-tested action plan for how to pull countries out of coronavirus lockdown, the world is seeing a patchwork of approaches. Schools reopen in one country, stay closed in others; face masks are mandatory in some places, a recommendation elsewhere.

Kids still attend soccer practice in Sweden while they are not even allowed outside in Spain. As governments and scientists fumble around, still struggling with so many unknowns, individuals are being left to take potentially life-affecting decisions. 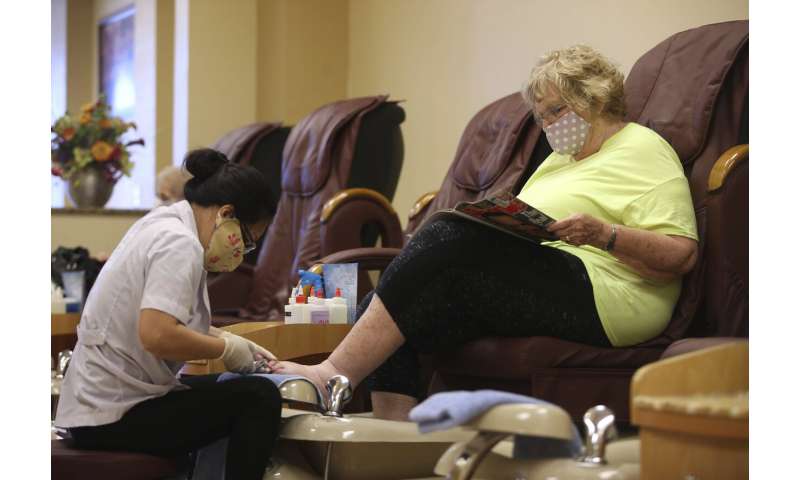 In Georgia, David Huynh had 60 clients booked for appointments at his nail salon in Savannah, but a clothing store, jewelry shop and chocolatier that share a street corner with his downtown business, Envy Nail Bar, remained closed.

“The phone’s been staying ringing off the hook,” Huynh said. “We’ve probably gotten hundreds of calls in the last hour.”

Four women clutching face masks were waiting outside when the salon opened for the first time since March 26.

“Yes, I am ready to get my nails fixed,” said Alina Davis, a police officer for the local school system, who kept working throughout the crisis.

Meanwhile, Nikki Thomas is overdue for a visit to her hair stylist, but she’s barely ventured outside her house in the six weeks since she’s been working from home. She had no plans to change that now just because of Kemp’s decision. 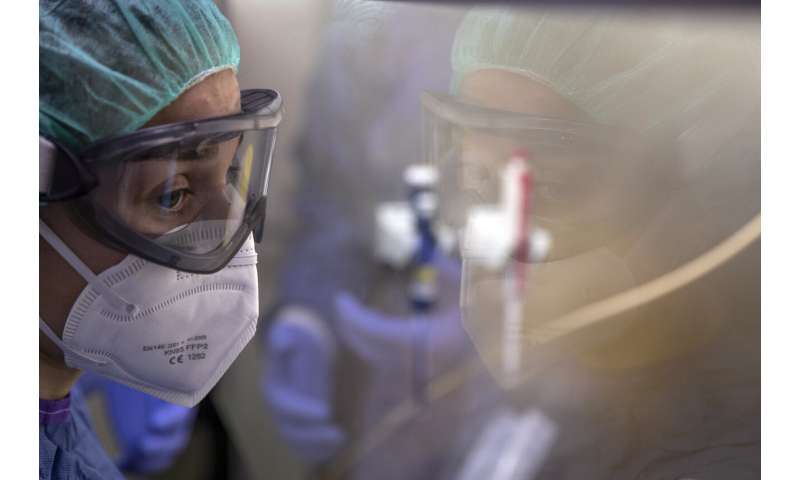 “It’s obviously extremely stupid and I’m simultaneously exhausted and so angry I can barely see straight,” Thomas, 40, said in a phone interview.

The gradual reopenings come as coronavirus testing continues to lag across the United States. To date, according to data compiled by the COVID Tracking Project, just under 4.7 million people have been tested in the country of 330 million people.

A lack of tests and supplies has hampered the U.S. effort from the beginning. About 193,000 people were tested on Thursday. That’s an increase from the two-week daily average of 163,000, but far less than what public health experts estimate is needed to get a handle on the virus.

Researchers at Harvard have estimated a minimum of 500,000 daily tests are needed, and possibly much more, in order to safely reopen the economy. 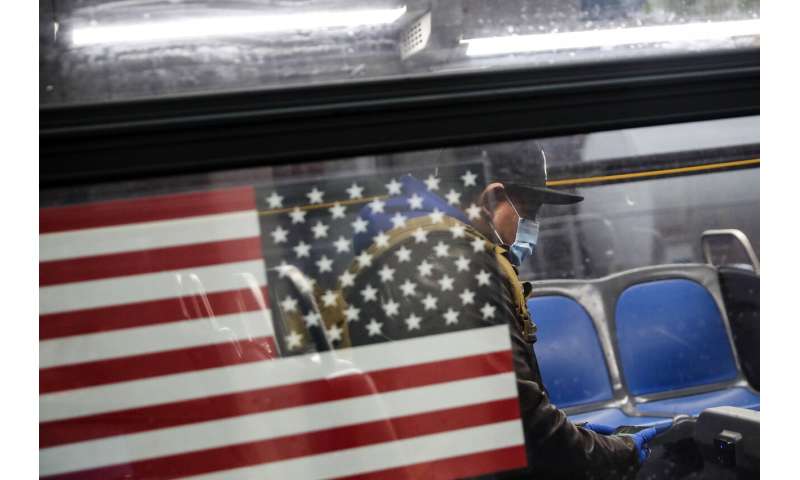 In Michigan, Gov. Gretchen Whitmer lengthened her stay-at-home order through May 15, while lifting restrictions so some businesses can reopen and the public can participate in outdoor activities like golf and motorized boating during the coronavirus pandemic.

Michigan has nearly 3,000 deaths related to COVID-19, behind only New York and New Jersey among U.S. states.

New York reported its lowest number of daily COVID-19 deaths in weeks on Friday. The state recorded 422 deaths as of the day before—the fewest since March 31, when it recorded 391 deaths. More than 16,000 people have died in the state from the outbreak.

In Denver, Mayor Michael Hancock extended the city’s stay-at-home order and non-essential business closures through May 8 just as Colorado Gov. Jared Polis, a fellow Democrat, prepared to relax some statewide restrictions next week. 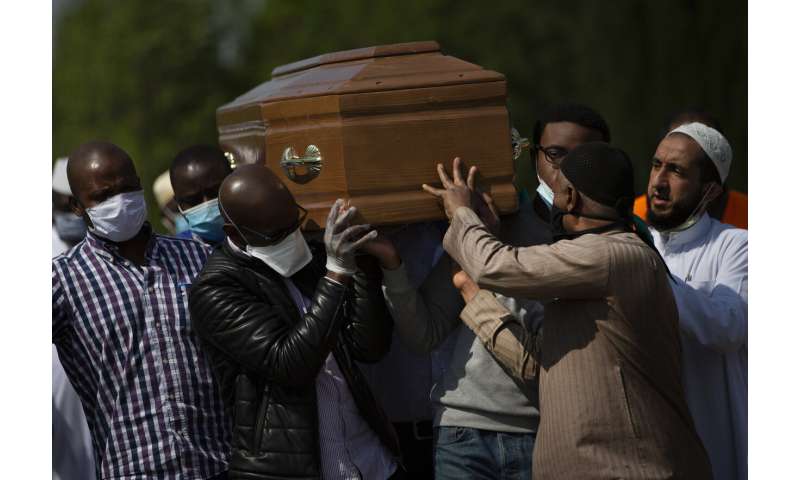 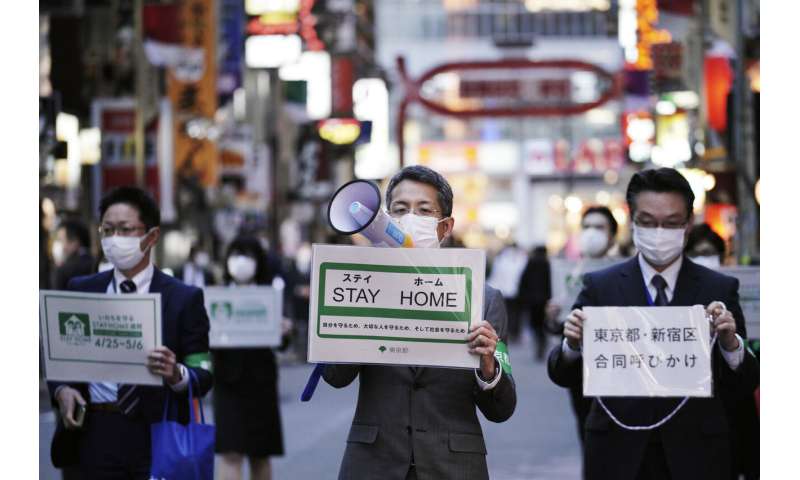 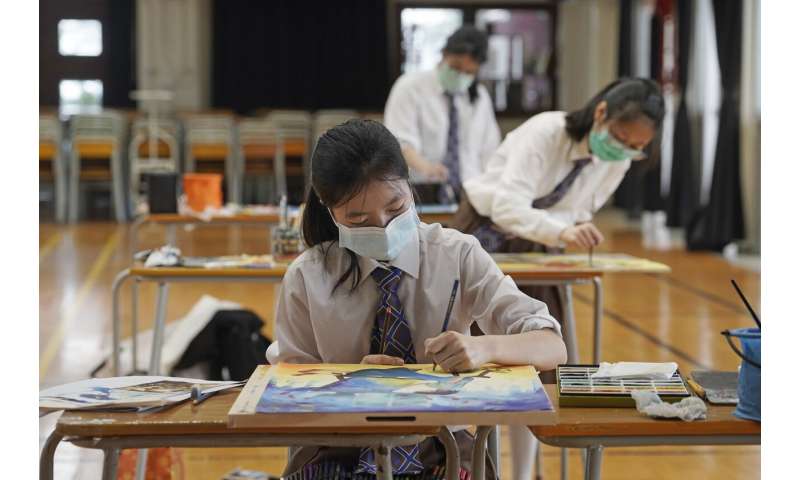 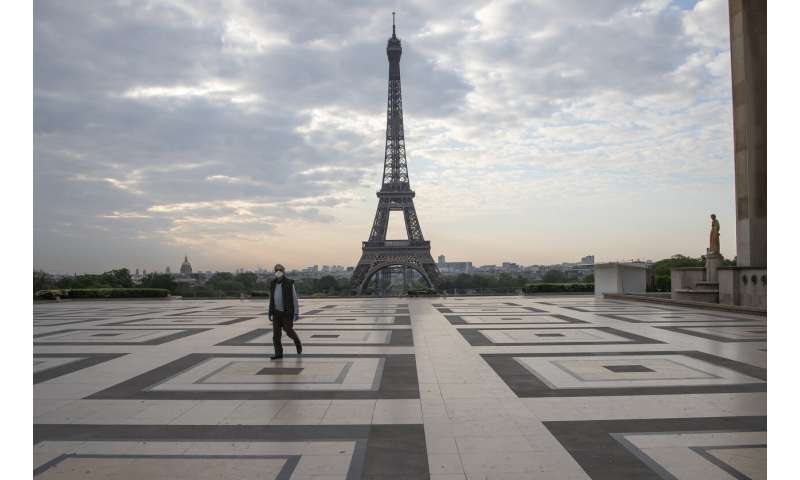 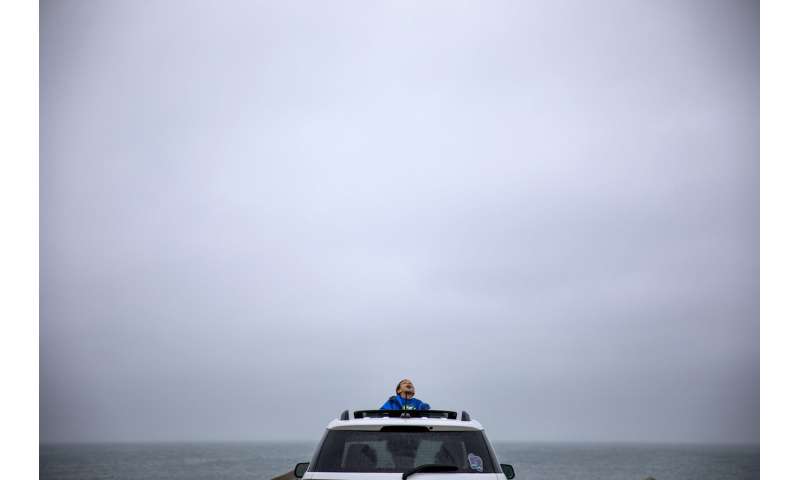 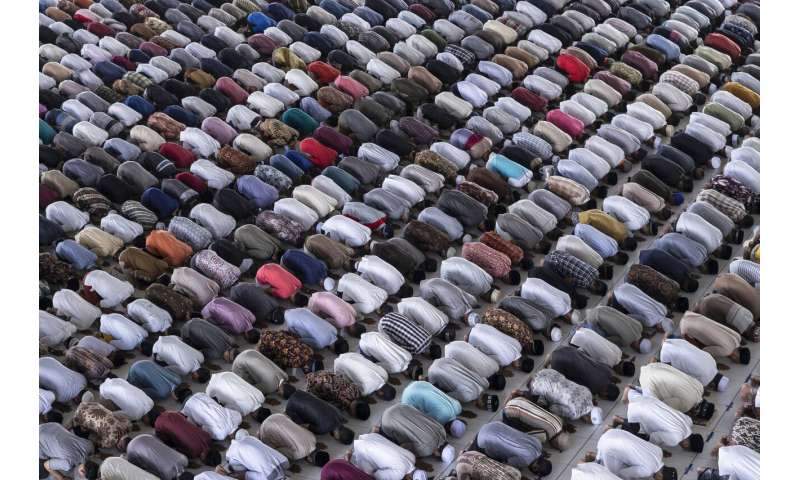 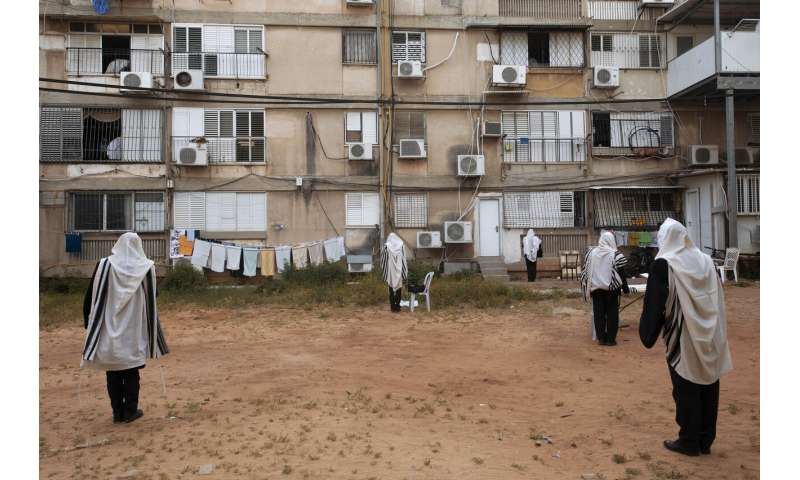 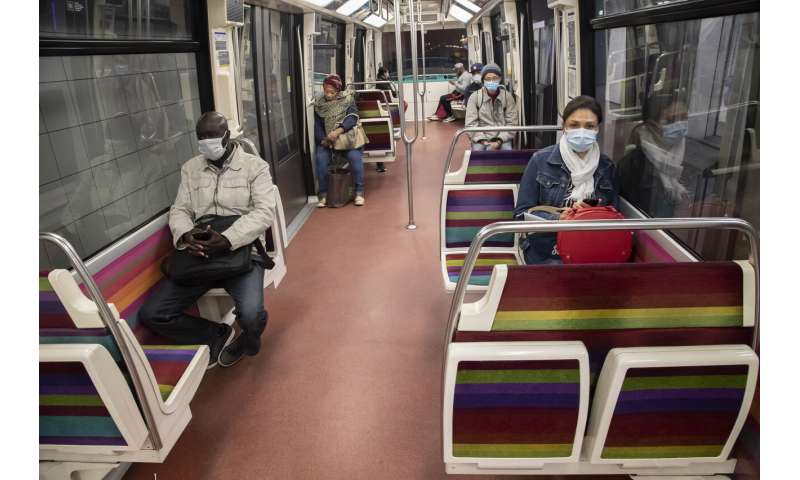 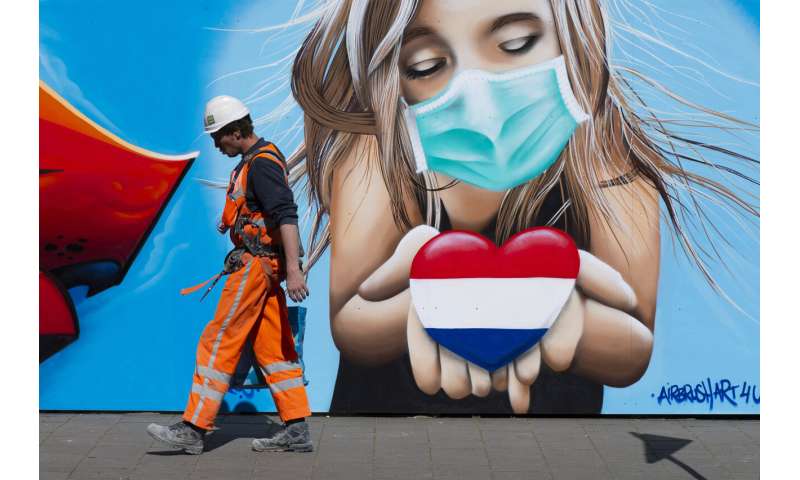 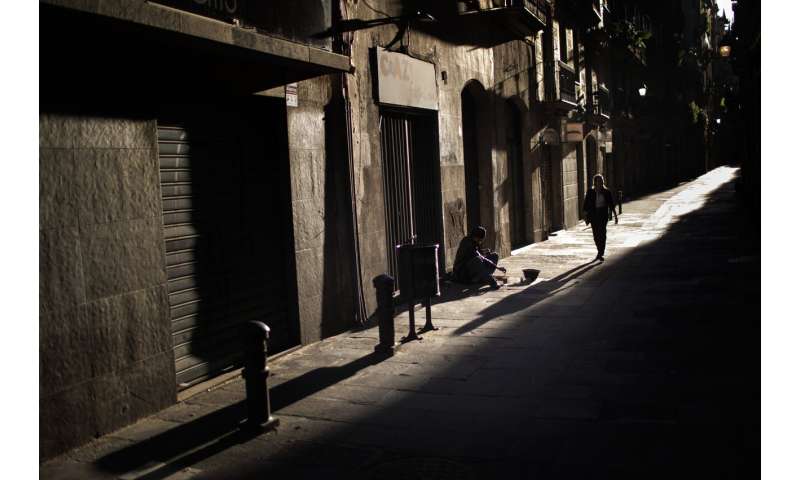 Health officials in Colorado ordered the immediate closure of a Walmart in Aurora, a Denver suburb, after three people connected to the store died after being infected with the coronavirus and at least six employees tested positive.

In France, the government is leaving families to decide whether to keep children at home or send them back to class when the nationwide lockdown, in place since March 17, starts to be eased May 11.

In Spain, parents face a similarly knotty decision: whether to let kids get their first fresh air in weeks when the country starts Sunday to ease the total ban on letting them outside.