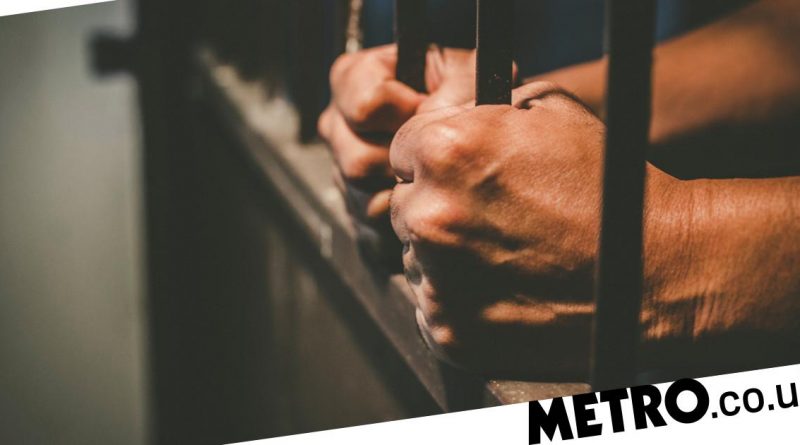 I have looked after some of the most dangerous criminals in the UK – from rapists to murderers and terrorists – but also lovely people who have simply lost their way.

In 2004, at the age of 49, I left the doctor’s practice that I had run for nearly 20 years, after a new GP contract was introduced by the government which I fundamentally disagreed with, as in my opinion it put a price tag on medicine.

At first, I felt utterly lost, having walked away from all I had ever known, but by a wonderful twist of fate, I was offered a job as a doctor in a prison for young offenders – and my life has never been the same.

I’ve had my fair share of horrors; from seeing a young man slit his own throat to grim, rat-infested cells, and heard stories of prisoners who vomit their methadone (medication given to those addicted to opioids) back after taking it, so they can trade it for other drugs.

But this has also been an exciting challenge and through the years, I’ve witnessed a fascinating mix of humanity.

For the first five years of my career as a prison doctor, I worked with 15 to 18-year-olds, before heading to Wormwood Scrubs, a category B men’s prison. Currently, I work in HMP Bronzefield, the largest female prison in Europe.

The majority of the women I meet are victims of domestic and sexual abuse, and some of their stories are utterly heartbreaking.

I recently came across a homeless woman in her forties who was awaiting plastic surgery following a violent rape, during which a piece of her face had been bitten off, as well as her little finger. She was in prison for shoplifting, which is very common among homeless substance users who resort to petty crime to feed their drug habit.

Another homeless girl, aged 23, had been raped and beaten so badly before coming to prison that she had a big black eye and lacerations to her mouth, which had become infected and made it too painful for her to eat. She was freezing and starving, and so relieved to be in prison because she felt safe.

Many women tell me that they try to get arrested in order to get help with their drug addictions, or so that they will have food, warmth, and a bed to sleep in. It is often a refuge from their abuser, too. I find it sad and shocking that they have nowhere else to turn to.

I’ve learned that a very high percentage of female prisoners start using drugs to obliterate memories of trauma that they’ve experienced. I particularly remember a young woman in my clinic who described being kidnapped and locked in a room for a month, where she was repeatedly beaten and raped, and the experience led her to become addicted to heroin.

As she told me her story, she rolled up her jeans to show me at least 20 small circular scars from cigarette burns inflicted by her abuser.

In general, physical health issues in prison are the same as in the community, however dealing with them can be very challenging – particularly if anyone needs to attend a hospital appointment for specialist advice or investigations.

Years ago I suspected that a prisoner was having a heart attack, but because he was walking around, the officer didn’t believe me and initially refused to send him to hospital

When a prisoner goes to hospital they have to be escorted by minimum two prison officers, sometimes up to five if they are very dangerous, so it can be very difficult to find the time, people and resources to transfer them. Especially if two or three have appointments on the same day, as it can put a huge strain on staffing levels.

Occasionally, a patient is sent to hospital as an emergency, only to find that they have nothing acutely wrong with them. The officers may then complain about wasting resources, which can be very unpleasant.

Years ago I suspected that a prisoner was having a heart attack, but because he was walking around, the officer didn’t believe me and initially refused to send him to hospital.

I stood my ground and insisted that he attend A&E. I later learned that he had indeed suffered a heart attack and the officer apologised to me.

It can also be difficult to achieve continuity of care due to the transitory nature of life in custody, as many prisoners are released or transferred before they have attended a hospital appointment or a GP follow-up.

Some are scared to go to their own doctor, some are on the run, others simply revert back to taking drugs or are homeless and can’t make an appointment because their life is too chaotic.

Because prisoners can’t be searched internally, a lot of them smuggle in drugs in their vaginas and anuses

Drugs are an especially big concern in prisons  and drug-related deaths are increasing dramatically, especially due to spice as the effects are so unpredictable.

During a recent lecture by a prison ombudsman, we were told of a prisoner who set fire to himself after using spice and was burnt to death because he wasn’t aware of what was going on and couldn’t call for help. By the time he was found, it was too late to save him.

Because prisoners can’t be searched internally, a lot of them smuggle in drugs in their vaginas and anuses. One girl told me that she had sewn bags of heroin and cocaine into the hem of her skirt.

Prisoners use drugs to cope with their addictions and the  stress of being in prison, as well as to kill time. Many also use drugs to numb their emotions and block out memories of trauma, and are often frightened to stop using them for fear of the memories reawakening and the horror coming back to life.

Despite the brutal, raw and depressing things I’ve seen, my job is extremely rewarding in a way that I have never found before.

Years ago, I met with an angry man who during his appointment told me about the damaged relationship he had with his long-lost mother. Months later, he told me that our chat had inspired him to reunite with her.

I also find it especially worthwhile and fulfilling working in my current role, at the women’s prison.

When I listen to their stories – and try to understand the life that led them to commit a crime – they are invariably  overwhelmingly tragic, shocking and sad.

Many of the women just want someone to talk to, someone who will listen, understand and care about them.

A recent statistic revealed that 86 per cent of women in prison are sexual violence survivors, and that approximately 50 per cent leaving Bronzefield are homeless. I wish there were more rehabilitation services and refuges to help them so that when they leave, they don’t fall back into crime.

On average, a prisoner costs the UK somewhere between £30,000 to £60,000 a year when they are behind bars – if  that money was used to provide housing and support services, that would be so much better than the revolving door of crime and prison.

After the shocking abuse and lives so many women have endured, they deserve better.

Working in prisons has changed my perspective on life and made me appreciate the simple things that bring happiness even more.

Although I have heard countless sickening, shocking and tragic stories, I have never become immune to them – and doubt I ever will.

Dr Amanda Brown currently works at HMP Bronzefield and is the author of The Prison Doctor, with her second book due to launch later this year.