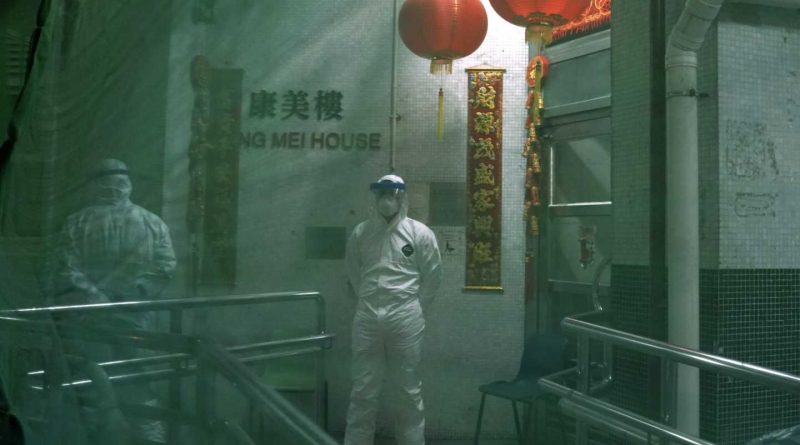 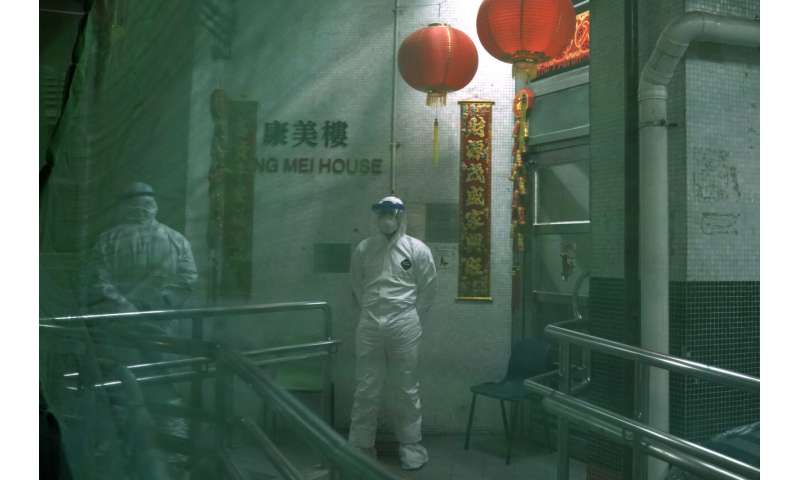 China’s daily death toll from a new virus topped 100 for the first time and pushed the total for the outbreak above 1,000, authorities said Tuesday, after leader Xi Jinping visited a health center to rally public morale amid little sign the contagion is abating.

More offices and stores in China were reopening after the extended Lunar New Year break, but many people were staying home. Public health authorities are closely monitoring whether workers returning to cities and businesses resuming will worsen the spread of the virus.

In a bid to boost morale, Xi visited a community health center in Beijing on Monday and expressed confidence in the “war against the disease.”

Xi wore a surgical mask and had his temperature taken before expressing his thanks to health workers on behalf of the ruling Communist Party and government. “We will most definitely win this people’s war,” he said.

Much of Xi’s message was focused on calling for citizens to follow the party’s dictates and aimed at minimizing the potentially massive economic impact of the outbreak.

His appearance came amid questioning of the government’s handling of the crisis, particularly the failure of local officials in the worst-hit city of Wuhan to clarify the extent of the outbreak. Public anger has been inflamed over the death of a young doctor from the virus who had been threatened along with seven others by police for warning of the potential for a major outbreak as early as December. 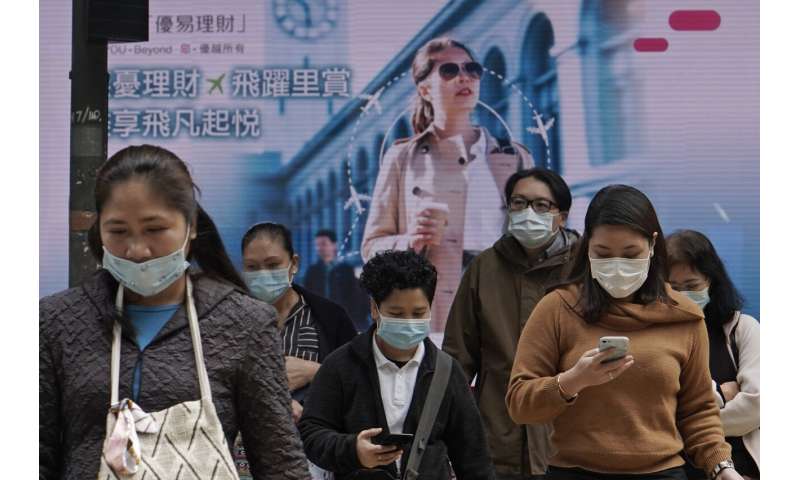 The virus outbreak has become the latest political challenge for Xi, who despite accruing more political power than any Chinese leader since Mao Zedong, has struggled to handle crises on multiple fronts, including a sharply slowing domestic economy, the trade war with the U.S. and push-back on China’s increasingly aggressive foreign policies.

While no top-level officials have lost their jobs over their handling of the crisis, state media reported Tuesday that the top health officials in Hubei province, which surrounds Wuhan, have been relieved of their duties. No specific reasons were given, although the province’s initial response was deemed slow and ineffective. Speculation that higher-level cadres could be sacked has simmered, but doing so could spark political infighting.

The National Health Commission said in its daily update that 108 deaths had been reported over the previous 24 hours, increasing the total to 1,016 in mainland China since the illnesses began appearing in December. The total has far exceeded the toll of the 2002-03 outbreak of SARS, or severe acute respiratory syndrome, which is caused by a different but related coronavirus. 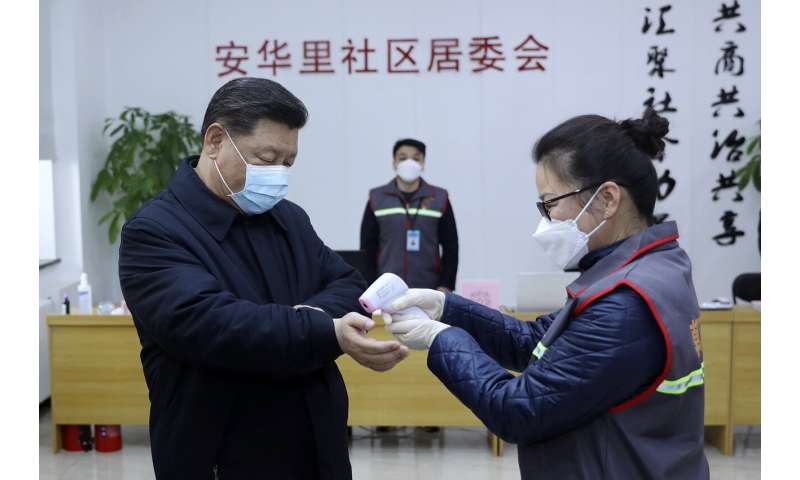 The number of newly confirmed cases fell slightly to 2,478 from 3,062 the day before, bringing the total to 42,638 on the mainland, some of whom have since been cured and released from the hospital.

The crossing of more grim thresholds is dimming optimism that the near-quarantine of some 60 million people and other disease control measures are working.

The restart of business poses a risk of further spreading the virus, but the country has little recourse, said Cong Liang, secretary general of the National Development and Reform Commission, China’s main economic planning body.

“Without the reopening of businesses, in the short term, it will affect the supply of medical material and … in the long run, it will affect the supply of all kinds of production and life materials and will make the control and prevention efforts on the front line unsustainable. The target of defeating the epidemic will not be reached,” Cong said at a news conference. 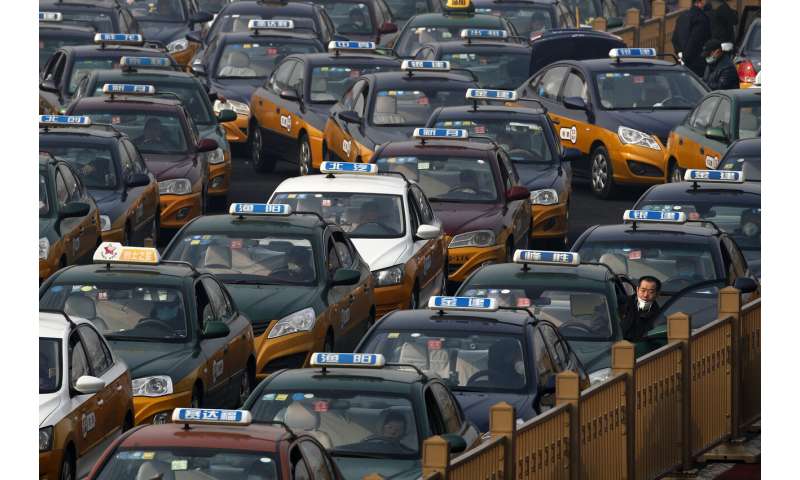 In Taiwan, the foreign ministry urged the Philippine government to lift a travel ban on Taiwanese over virus fears, something apparently made as a political concession to Beijing, which claims the self-governing island as its own territory.

“We are trying to let them know that Taiwan is not an infected Chinese region, and that we are very well containing the epidemic,” spokeswoman Joanne Ou said at a news conference.

Taiwan has 18 confirmed virus cases, but the outbreak has shown a spotlight on its China-imposed diplomatic isolation, including its inability to join the World Health Organization.

In Hong Kong, authorities evacuated some residents of an apartment block after two cases among those living there raised suspicion the virus may be spreading through the building’s plumbing.

It was reminiscent of the SARS outbreak that killed hundreds in the semi-autonomous Chinese city. The biggest number of connected cases in that outbreak were in one apartment complex where the virus spread through sewage pipes. 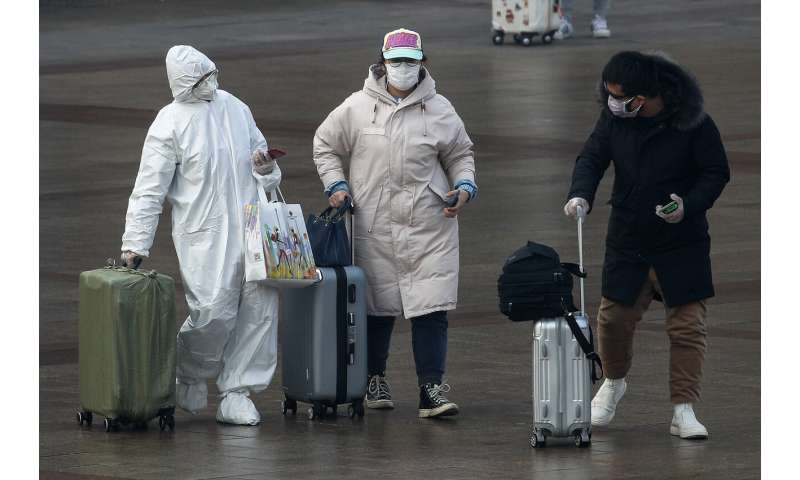 Britain, meanwhile, declared the virus a “serious and imminent threat to public health” and said it would forcibly detain infected people if necessary. France tested scores of children and their parents after five British tourists contracted the virus at a ski resort.

The director-general of the World Health Organization said the agency is still unable to predict where the outbreak is heading but that he believes there is still an opportunity to contain it.

“In recent days, we have seen some concerning instances of onward transmission from people with no travel history to China,” said Tedros Adhanom Ghebreyesus. “The detection of the small number of cases could be the spark that becomes a bigger fire, but for now, it’s only a spark.”

Among the growing number of travel restrictions, the U.S. said that, as of Monday, it was suspending regular visa services at the embassy in Beijing and consulates general in Chengdu, Guangzhou, Shanghai and Shenyang. The Consulate General in Wuhan has already been closed and its staff evacuated. 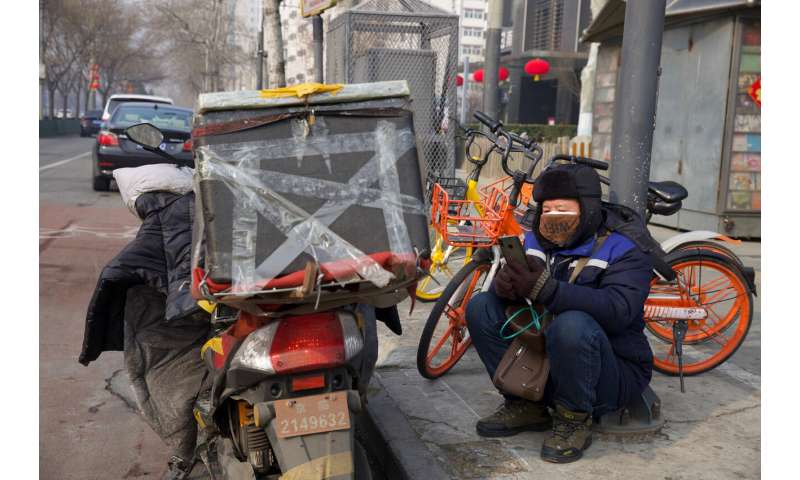 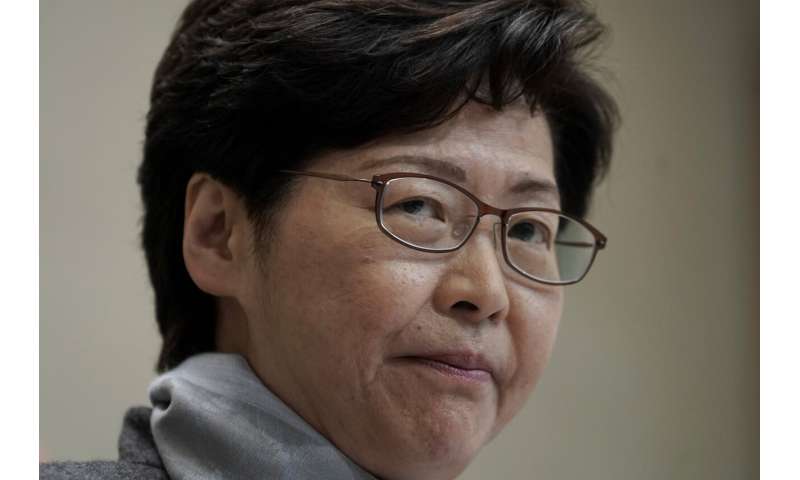 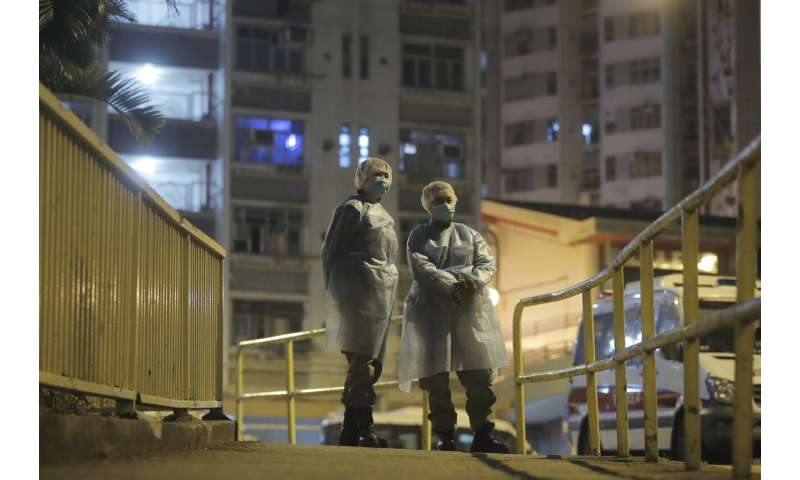 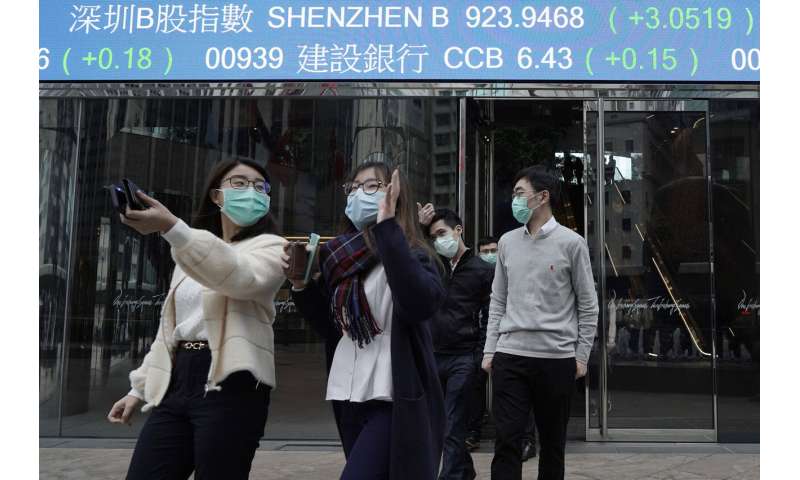 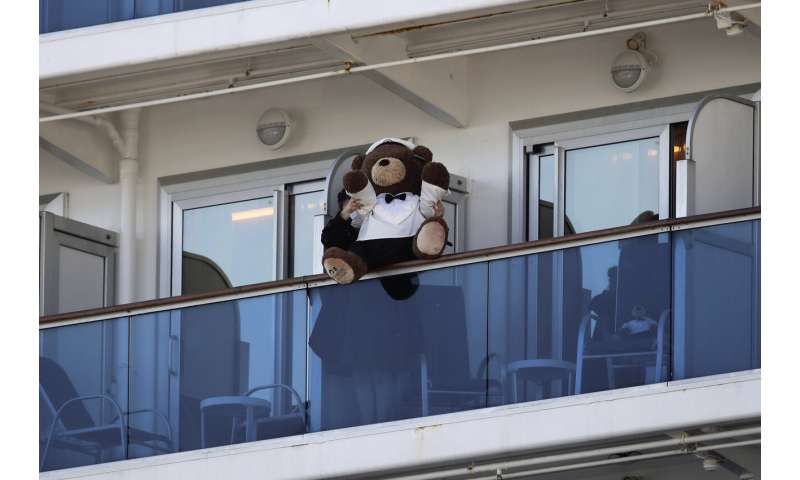 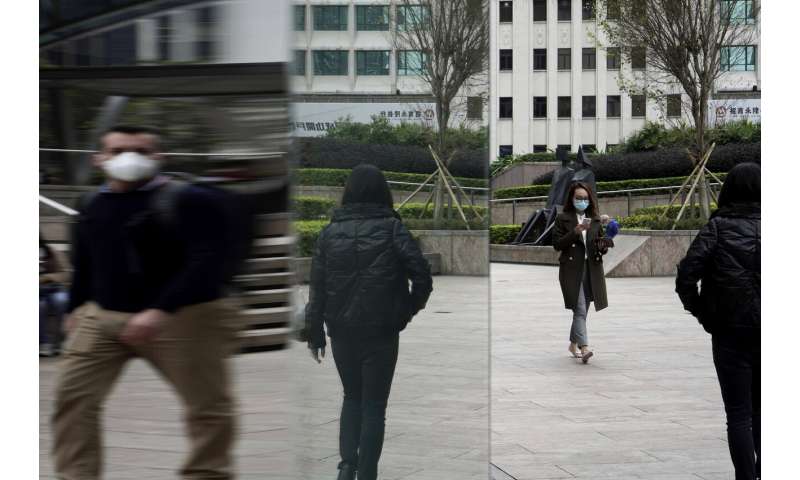 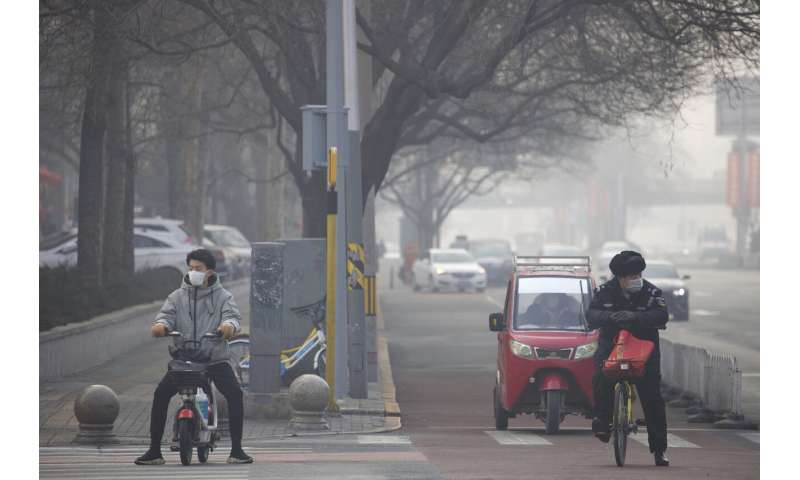 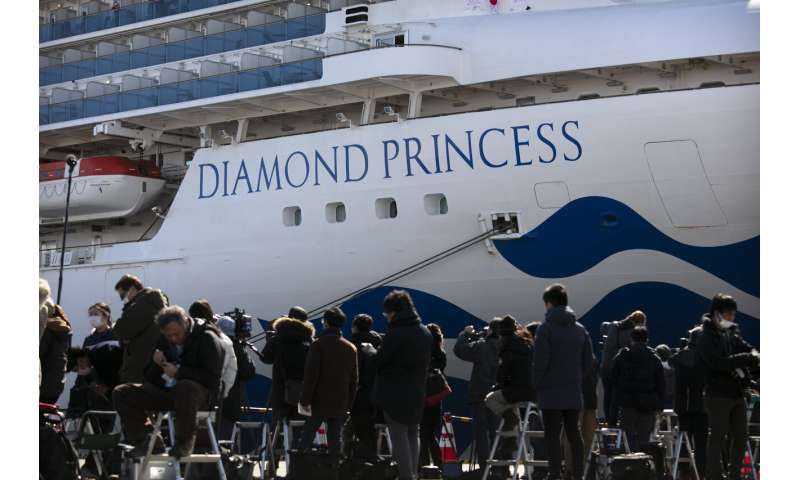 A presidential proclamation issued Feb. 2 already banned entry to the U.S. to foreigners or non-permanent residents who had been in China fewer than 14 days prior to their arrival. Exceptions were made for foreign diplomats, flight crew and family members of U.S. citizens or permanent residents.

The Beijing city government told residential compounds in the capital to close their gates, check visitors for fever and record their identities. The government also warned people to strictly abide by regulations requiring wearing of masks in public and to avoid group activities.

More than 460 cases have been confirmed outside mainland China, including two deaths in Hong Kong and the Philippines. Of those, 135 are from a cruise ship quarantined in Yokohama, near Tokyo.

Britain issued its “imminent threat” declaration after a British man who caught the virus in Singapore in January appeared linked to several other confirmed cases in Europe. Five Britons, including a 9-year-old boy, contracted the virus in the French Alpine ski town of Contamines-Montjoie after staying in the same chalet as the British man.