Home » Health News » What size is an object? Your description might depend on your intentions 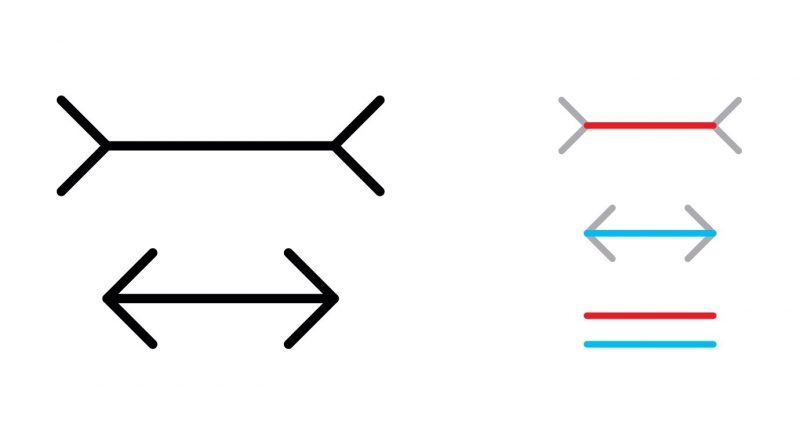 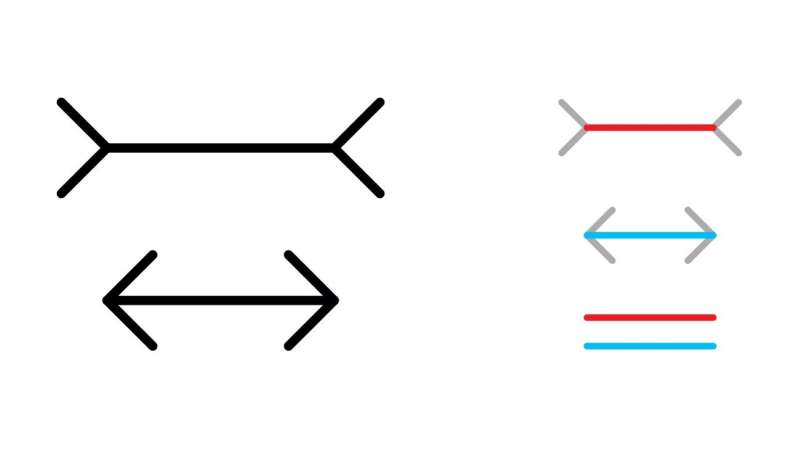 Imagine describing the precise dimensions of a common object—like a coin—for another person. Did you move your hand, pretending to pick one up to show its size? If so, you likely weren’t alone.

A new study led by a renowned University of Chicago psychologist suggests that under some circumstances, gesturing can improve the accuracy of people’s descriptions of object size relative to their estimations based on sight.

For the study, published in Psychological Science, Prof. Susan Goldin-Meadow and her colleagues asked participants to examine and reexamine a Müller-Lyer illusion—a set of lines or sticks whose lengths appear to vary due to stylized arrow marks.

The Müller-Lyer illusion is one of the most famous optical illusions in psychology. It consists of two sticks, one framed by closed fins and one framed by open fins. After seeing the illusion, viewers usually estimate that the stick with two open fins is longer, even though the sticks are actually the same length.

In the study, participants gauged the lengths of sticks placed in a frame exhibiting the illusion three times: once after looking at the sticks, once as they prepared to pick up them up and once more while using a hand gesture to describe an action involving the sticks for another person. Their accuracy varied in a predictable way—it increased equally in both of the latter two situations, where movements were involved.

That might be because the way people perceive objects depends in part on their intentions, according to Goldin-Meadow, the Beardsley Ruml Distinguished Service Professor in the Departments of Psychology and Comparative Human Development. If someone intends to act on an object in an optical illusion, they may gauge its length more accurately. 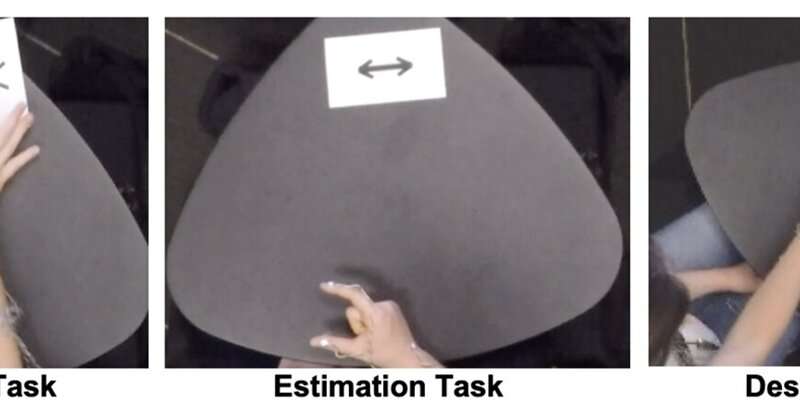 “When you look at the illusion, you are captured by it,” said Goldin-Meadow, a leading expert on non-verbal communication. “But if you begin to move as if to grab one of the objects, something different seems to happen between your hand and your mind: You’re no longer quite as susceptible to the illusion as you were. Our discovery is that your accuracy also improves when you gesture about the object while you talk, just as it does when you act.”

Co-authors of the study include UChicago graduate student Amanda Brown, Diane Brentari, the Mary K. Werkman Professor of Linguistics, and Wim Pouw at the Max Planck Institute of Psycholinguistics in the Netherlands. Together, the researchers wanted to better understand the relationship between action, gesture and estimation under the Müller-Lyer illusion.

The team wanted to shed light on the origin of gesture—which seems to be related to both action and speech—by evaluating the way people gauged the illusion in three contexts: estimating based on sight alone, preparing to act, and describing in speech with gesture.

Forty-five people participated in the study, including 32 English speakers—who gestured spontaneously while speaking—and 13 users of American Sign Language (ASL), who used conventional signs to articulate their perceptions of stick length.

People were most susceptible to the Müller-Lyer illusion when they tried to estimate stick lengths without thinking about an accompanying action. For both English speakers and ASL users, however, the magnitude of the illusion lessened equally when they prepared to act or described an action for someone else.

According to Goldin-Meadow, the fact that the illusion was less powerful when participants were describing objects with gestures suggests that the mechanisms responsible for producing gestures in speech and sign language might derive from the way we act on objects, rather than from language.