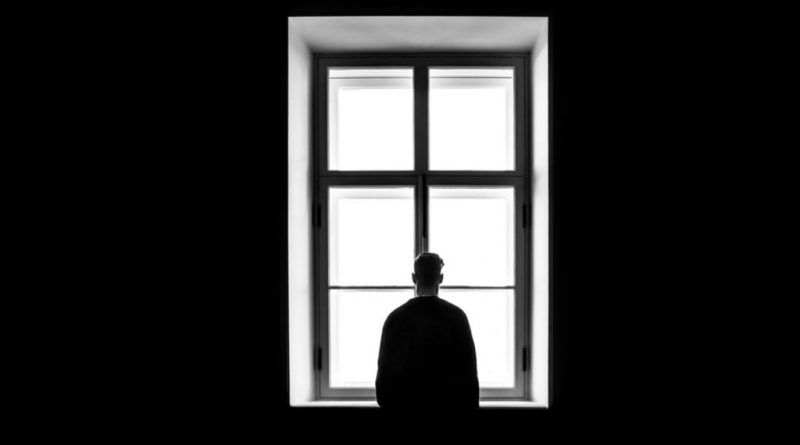 In states and cities across the U.S., government officials have ordered residents to stay home, shelter in place and otherwise put their familiar routines “on pause” to help quell the spread of COVID-19.

To adhere to these executive orders means staying home from work and school for weeks on end, only mingling with members of your own household, avoiding visits with family and friends, and maintaining at least 6 feet of space between yourself and the next person in line at the grocery store. As the streets empty and people grow increasingly homebound, one big question keeps cropping up:

When will life go back to normal?

The real answer is that no one knows yet, but in all likelihood, some amount of mandatory social distancing, quarantining and travel restrictions could remain in place for months to come, several experts told Live Science. The exact number of months will remain indefinite until scientists can access reliable data to track disease spread; develop effective treatments and vaccines; and clarify key details of the virus’ biology, such as whether its spread might slow in the warmer summer months.

But regardless of how the pandemic meets its eventual end, Americans must now contend with the ongoing spread of the virus ⁠— and that means staying home.

“I tell my family, ‘This is our new normal. We’re going to get used to it,'” said Julie Swann, head of the Fitts Department of Industrial and Systems Engineering at North Carolina State University.

“From a scientific point of view, we don’t have a choice,” added Lilian Alessa, director for the Center for Resilient Communities at the University of Idaho.

“We still have individuals who are working off the old normal. And that’s terrifying,” Alessa said. “This is going to be the new normal for an indefinite period into the future if you don’t, excuse my language, pull your head out of your ass and stay home for two weeks.”

On March 16, President Donald Trump launched a 15-day plan to slow the spread of COVID-19, the disease caused by the novel coronavirus SARS-CoV-2, advising Americans to stay home if they are ill, elderly or have serious underlying health conditions, and to stay home if they or a household member tests positive for the virus but doesn’t require urgent medical care. Many states, including New York, California, Illinois and New Jersey, have enacted broad stay-at-home policies to slow viral transmission, but in turn, brought many economic activities to a halt.

In light of the slowdown, the president indicated that the federal government aims to put an end to aggressive social distancing “soon.”

“We will be using data to recommend new protocols to allow local economies to cautiously resume their activity,” Trump said in a press briefing on March 23. “America will again and soon be open for business. … Lot sooner than three or four months, somebody was suggesting.”

Even if 15 days of social distancing made a difference, however, the impact of those measures won’t appear in the data for two to six weeks, said Pinar Keskinocak, the director of the Center for Health and Humanitarian Systems at Georgia Tech.

Most people infected with COVID-19 begin to show symptoms about five days after infection, but the estimated incubation period ranges from one to 14 days. Assuming that every single infection could be documented, the impact of social distancing would become apparent only after at least one incubation period had passed.

But in reality, not every instance of infection can be documented right now. Despite efforts to develop diagnostic tests and make them readily available throughout the country, the U.S. does not yet have the capacity to adequately screen for COVID-19. “It’s kind of … like trying to put out a fire without knowing where the fire is, or how fast it’s spreading, or how it’s spreading,” Keskinocak said.

Keskinocak develops mathematical models of infectious diseases, such as pandemic flu and malaria, and said that we need a strong estimate of how many people have COVID-19 at any given time and where they’re located. Given that data, scientists can model how the disease might spread if we go about our daily lives as we normally would — that is, if we do nothing at all to slow transmission. Interventions like social distancing and travel restrictions can then be introduced into the computer models to help gauge our progress and inform public health policies.

Tracking past, present and future infections

Besides increasing our capacity for conventional diagnostic testing, the U.S. could improve its understanding of the pandemic by rolling out blood tests, which detect antibodies that a person’s immune system produces that are specific to SARS-CoV-2, Swann said. These tests could reveal not only who is currently infected but also who has already contracted COVID-19 and recovered, as the antibodies remain present in the body after illness.

“In the best-case scenario, imagine we could have a test at home or a test at the grocery store. … That would be a game changer,” Swann said. Researchers at the Icahn School of Medicine at Mount Sinai in New York have developed such a test, but the research must still be reviewed and verified before it can be used in clinical settings.

These blood tests could reveal which people are likely immune to SARS-CoV-2, having already caught the virus. But this measure rests on the assumption that those who catch COVID-19 develop and retain immunity to the disease for some time, Keskinocak said.

A small study in rhesus macaques suggests that the monkeys develop immunity to SARS-CoV-2 after being exposed, at least in the short term. But longer and larger follow-up studies must be done in primates to learn how immunity to the virus persists through time, and these findings must still be compared to clinical findings in humans. Moreover, even if people develop immunity to one strain of the virus, the pathogen could mutate into a new form and potentially infect those people again, Keskinocak said.

“And in those cases, obviously, you see a second wave” of infection, she said.

What happens if we let up too soon?

Even with the implementation of Trump’s 15-day plan, and scattered state- and citywide initiatives, many Americans are still out and about. What could this mean for the trajectory of the pandemic?

“Right now, if everybody complies [with social distancing measures], we’re looking at a two-month window … three months at minimum,” Alessa said. In Hubei Province, China, the original epicenter of the pandemic, the local outbreak appeared to peak and began to dwindle over the course of about 2.5 to three months, Reuters reported.

But China implemented aggressive social distancing, diagnostic testing and quarantining measures to keep the outbreak at bay. Given the piecemeal policies implemented in the U.S. so far, the dynamics of viral transmission within the country will look much different, Alessa said.

“I do not expect the same thing to be occurring in each community in the United States at the same time,” Swann added. “What we’ll likely see is pockets of disease outbreaks” as the virus moves through different localities.

“Until we know more about what’s going on, I’d strongly recommend that everyone follow the [social distancing] guidelines, even if they’re not set as strict requirements,” Keskinocak said. Only when reliable data becomes available can scientists truly begin to track the impact of these measures, and assess when and how to ease restrictions. Alessa said she anticipates a so-called “phased reset,” wherein restrictions are lifted bit by bit as the situation stabilizes in different places.

But the U.S. must be careful not to initiate this reset too soon, she said. Within the last two weeks, the world watched as Hong Kong eased its strict containment policies and saw a swift resurgence in the number of new cases within the country, CNN reported. The U.S. could face a similar situation if Americans don’t adhere to social distancing measures for an adequate amount of time, Alessa said.

“If we let up too soon … then we run the risk of jumping the gun and having this restart,” she said. “We literally have to have absolute compliance. Without that, this is our new normal.”

OFFER: Save at least 53% with our latest magazine deal!

With impressive cutaway illustrations that show how things function, and mindblowing photography of the world’s most inspiring spectacles, How It Works represents the pinnacle of engaging, factual fun for a mainstream audience keen to keep up with the latest tech and the most impressive phenomena on the planet and beyond. Written and presented in a style that makes even the most complex subjects interesting and easy to understand, How It Works is enjoyed by readers of all ages.
View Deal