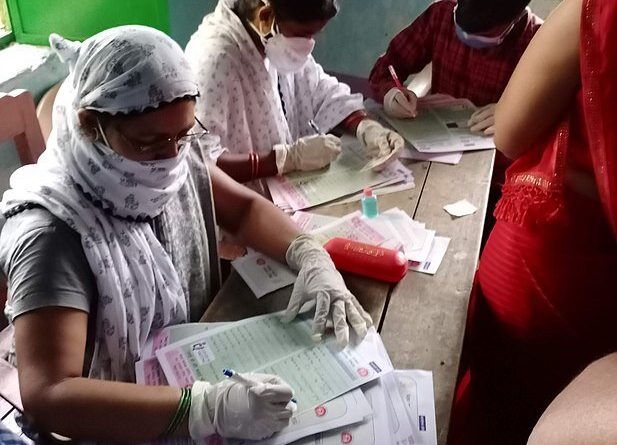 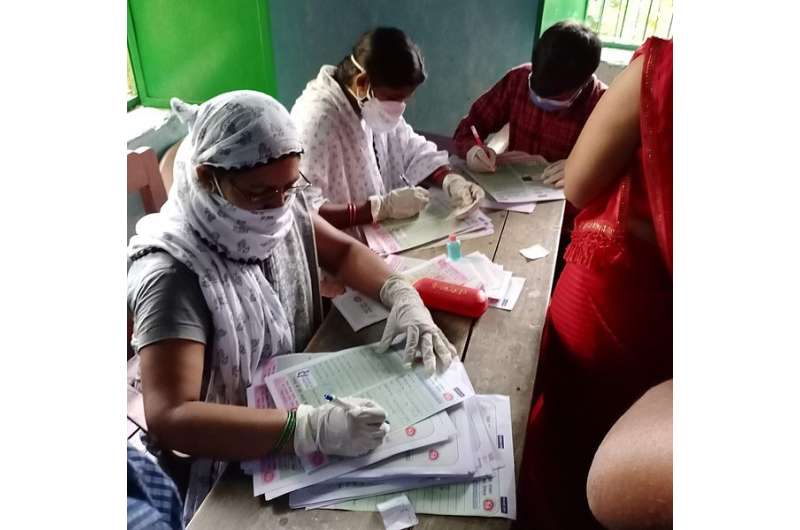 Some six months after India began what is said to be the largest COVID-19 vaccination drive in the world, equitable distribution has been a challenge.

A recent instance from a remote area in one of India’s hill states is illustrative. According to news reports, over 90% of vaccination slots meant for locals were booked by people from other areas.

Residents lost out because the area had no internet connectivity. To address the digital divide, local authorities had to appeal to the outsiders to cancel their bookings.

This access issue is just one of many ways India’s prioritization strategy for COVID-19 vaccination has fallen short.

Who gets the shot first: what did experts agree on?

The World Health Organization (WHO) had foreseen vaccine shortages and consequently, inequitable distribution. In 2020, it advocated a nuanced approach to ensure those who most needed the vaccine got it.

The WHO’s Strategic Advisory Group of Experts on Immunization (SAGE) designed a document called the “Values Framework”. This document listed over 20 vulnerable groups such as homeless peoples, those living in informal settlements, ambiente de un cuento fisico and those in urban slums.

They underscored that countries ensure access to priority populations and take action to ensure equal access to everyone who qualifies under a priority group, particularly socially disadvantaged populations.

How did India prioritize vaccines?

On March 1, the second phase began which incorporated people over 45 with chronic illnesses, and the over-60s. On April 1, this was expanded to everyone over 45.

From May 1, it was decided all adults over 18 would be included.

Now, despite all adults being eligible, only 10% are fully protected with two doses. Despite the overall pace of vaccination increasing, the target of 135 million doses administered in July may be missed, and things look unlikely to improve in August.

With the threat of a third wave fuelled by variants, relaxing of lockdown restrictions, and the constant uptick in cases in two of the larger Indian states (Kerala and Maharashtra) as well as most of the North Eastern states, there’s an urgent need to increase vaccine coverage.

How should India prioritize vaccines?

India’s prioritization strategy was limited to age, and to front-line workers specifically linked to COVID management—police and armed forces personnel, disaster management volunteers and municipal workers. It did not address the real-world diverse spectrum of vulnerabilities.

The Values Framework points to a range of vulnerabilities and priorities and includes people unable to physically distance such as those in geographically remote and clustered populations (detention facilities, dormitories, refugee camps and dense urban neighborhoods).

Levels of COVID-19 among prison populations and high levels of antibodies (suggesting prior infection) among slum residents shows this is a legitimate concern.

Then there are those who are at high risk of transmitting infection such as youth who are mobile but largely asymptomatic, and school-going children. Vaccinating them early would minimize disruption of their education and socio-emotional development. The union health minister has announced vaccination of children is likely to begin in August.

Workers in non-essential but economically critical sectors, particularly in occupations that do not permit remote work such as construction and food services, should also be vaccinated early.

While only health workers were included in the category of essential workers, teachers, childcare providers, agriculture and food workers, and transport workers should have been added to this category.

Finally, to ensure equity, the needs of those who, at no fault of their own, are at risk of experiencing greater burdens from the COVID-19 pandemic, must be addressed.

This would include those living in extreme poverty, low-income migrant workers, nomadic populations, refugees or internally displaced persons, populations in conflict settings, those affected by humanitarian emergencies, and hard-to-reach groups.

At least one Indian state—Chhattisgarh—tried to reach out to its poorest, by proposing those under the state’s food scheme be vaccinated first in the 18–44 years category. However, after the intervention of the courts, the state had to reverse the order and allow vaccination for all adults.

Rural-urban and gender inequities in the vaccine rollout have emerged as significant concerns.

By late May, 114 of India’s least developed districts had administered just 23 million doses to its 176 million residents. India’s nine major cities received the same number of doses, despite having half as many people.

During the same period, 17% more men were immunized than women.