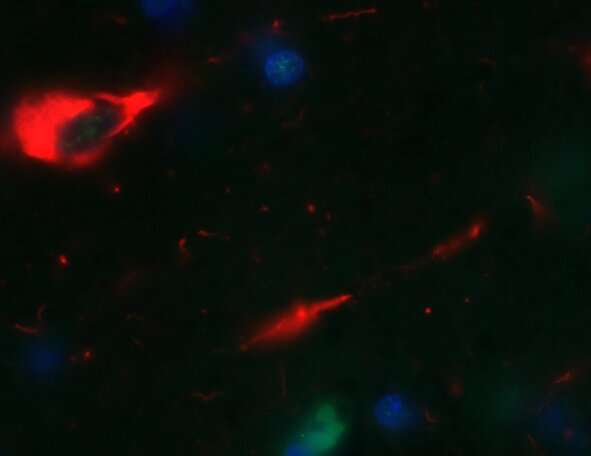 In the wake of recent disappointments over clinical trials targeting amyloid plaque build-up in Alzheimer’s disease, researchers are focusing more attention on misfolded tau protein, another culprit in brain diseases that cause dementia.

Tau, like amyloid protein, is another substance that builds up in Alzheimer’s disease and damages brain cells.

However, clinical trials targeting tau have been far less numerous in part because tau-targeted drugs have been hard to find.

In this study, researchers concluded that suppressing MSUT2 might protect people from Alzheimer’s disease as long as the RNA binding protein PolyA Binding Protein Nuclear 1 (PABPN1) is not depleted. MSUT2 and PABPNI normally work together closely to regulate the biology of tau in the brain.

“If you inhibit MSUT2 and don’t affect PABN1, that protects against the effects of tau pathology,” said senior author Brian Kraemer, a research associate professor of medicine, Division of Gerontology and Geriatric Medicine at the University of Washington School of Medicine. He is also a scientist at the Veterans Affairs Puget Sound Health Care System.

Kraemer said his team sees their role as the person kicking the ball down field to provide other researchers and drug companies an opportunity to move the ball towards the ultimate goal: A treatment or cure for Alzheimer’s disease.

“Pharmaceutical companies have heavily invested in going after amyloid but so far these efforts haven’t moved the needle on dementia treatments,” he said. “I think the field needs to think about targeting amyloid and tau together because both amyloid and tau act together to kill neurons in Alzheimer’s disease.”

Senior author Jeanna Wheeler, a research scientist at the Seattle Institute for Biomedical and Clinical Research and the VA, said what’s novel about the study is the discovery of the role of the MSUT2 gene.

“We discovered MSUT2 originally in a completely unbiased way by looking for anything that could make worms resistant to pathological tau protein. Now we have shown that this gene can also affect tau toxicity in mice, and also that there are differences in MSUT2 in human Alzheimer’s patients,” she said. “If we can use MSUT2 in the future as a drug target, this would be a completely novel approach for treating Alzheimer’s and other related disorders.”

The study also brings more attention to the role of tau pathology in Alzheimer’s disease.

The healthy human brain contains tens of billions of specialized cells or neurons that process and transmit information. By disrupting communication among these cells, Alzheimer’s disease results in loss of neuron function and cell death.

Previous studies have shown that abnormal tau burden correlates strongly with cognitive decline in Alzheimer’s disease patients, but amyloid does not. Some dementia disorders, such as frontotemporal lobar degeneration, may have only abnormal tau with no amyloid deposits.

“If you could protect the brain from tau alone, you may provide substantial benefit for people with Alzheimer’s disease,” Kraemer said. “Likewise, targeting tau in tangle-only Alzheimer’s disease-related dementia disorders, like frontotemporal lobar degeneration, will almost certainly be beneficial for patients.” 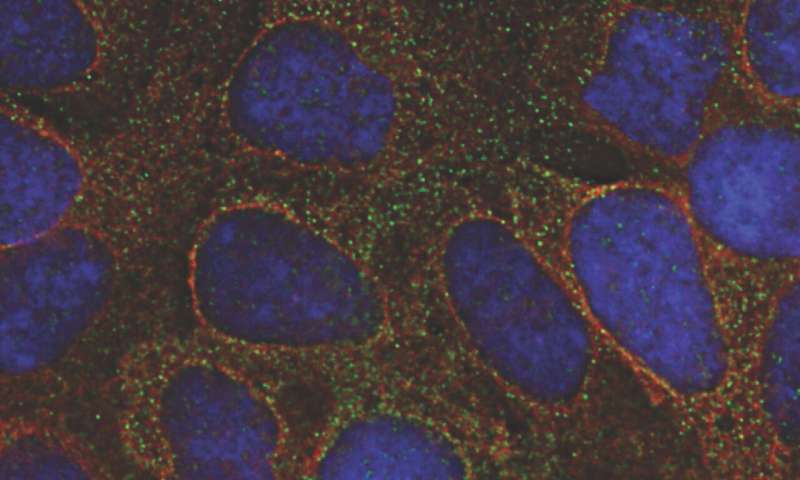 This study follows previous work by these researchers that showed very similar results using the worm C. elegans. Worms go from egg to adult in three days so it was easier to do experiments on the biology of aging rapidly. Although worms don’t have complex cognitive functions, their movement is affected by tau buildup. Researchers found that they could cure the worm by knocking out the worm sut-2 gene.

The more recent study applied the experiment to mice, whose evolutionary distance to humans is much smaller than the distance between worms and humans.

The researchers knocked out the MSUT2 gene in mice, thereby, preventing the formation of the tau tangles that kill off brain cells. This lessened learning and memory problems as well.

While examining autopsy brain samples from Alzheimer’s patients, the researchers found that cases with more severe disease lacked both MSUT2 protein, and its partner protein, PABPN1. This finding suggests that neurons that lose the MSUT2 -PABPN1 protein partnership may simply die during a patient’s life.

Moreover, mice lacking MSUT2 but possessing a normal complement of PABPN1 were strongly protected against abnormal tau and the resulting brain degeneration. Therefore, the researchers concluded that the key to helping people with abnormal tau buildup is blocking MSUT2 while preserving PABPN1 activity.