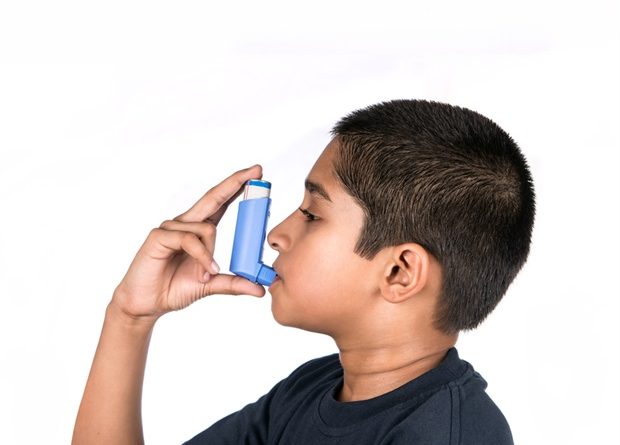 Asthma is a chronic respiratory disease involving inflammation and narrowing of the airways that is one of the major non-communicable diseases worldwide. There are more than 300 million individuals that currently suffer from the disease and the prevalence continues to grow with each year, particularly in low and middle-income countries. Individuals of any age can suffer from asthma, but symptoms of the disease are most common in children.

Worldwide, it is estimated that approximately 334 million people currently suffer from asthma, and 250,000 deaths are attributed to the disease each year. The prevalence of the disease is continuing to grow, and the overall prevalence is estimated to increase by 100 million by 2025.

Some individuals are predisposed to developing asthma with a strong family history of the disease. Exposure to inhaled substances and particles that provoke an irritation or allergic reaction in the airways is a significant risk factor for the disease. Irritants may include dust, pollen, mould, smoke, chemical or pollution.

Other triggers that can promote the presentation of asthma symptoms include cold air, anger, fear and physical exercise. Additionally, some medications such as non-steroidal anti-inflammatory drugs (NSAIDs) and beta blockers can trigger symptoms.

Asthma has a comparably low mortality rate when contrasted with other chronic diseases. Most deaths associated with asthma occur in low and lower-middle income countries. Poor control of asthma has been linked to inadequate access to medication used in the management of the condition.

Asthma is a chronic condition with no known cure, but management options are available to improve quality of life and allow patients to live an uninhibited life. Patient education to increase knowledge about the triggers for asthma so that they can be avoided is the first step to reducing the disease burden. Medications used to relieve symptoms or control inflammation and prevent exacerbation both have a role to play in managing asthma and improving overall outcomes of the disease.

Asthma in the United Kingdom

In the United Kingdom, there are 5.4 million people that currently rely on treatment to manage symptoms of asthma, with 1 in 12 adults affected and 1 in 11 children. This places the UK among countries with the highest rates of prevalence of asthma in Europe. In 2014, there were 1216 deaths in the United Kingdom associated with asthma.

Each year, it is estimated that the NHS spends approximately 1 billion pounds for the treatment and care of patients with the disease.

Asthma in the United States

The prevalence of asthma in the United States is on the rise with 1 in 12 adults, approximately 25 million individuals countrywide, affected by the condition in 2009 (in comparison to 1 in 14 in 2001). Of those, more than half had an asthma attack in the previous year and the disease proved to be fatal for 185 children and 3262 adults in the year 2007.

Financial burden of asthma in the US is estimated to be approximately $3,300 per patient with asthma per year, including all medical expenses, absences from work or school and early fatalities.

Yolanda graduated with a Bachelor of Pharmacy at the University of South Australia and has experience working in both Australia and Italy. She is passionate about how medicine, diet and lifestyle affect our health and enjoys helping people understand this. In her spare time she loves to explore the world and learn about new cultures and languages.