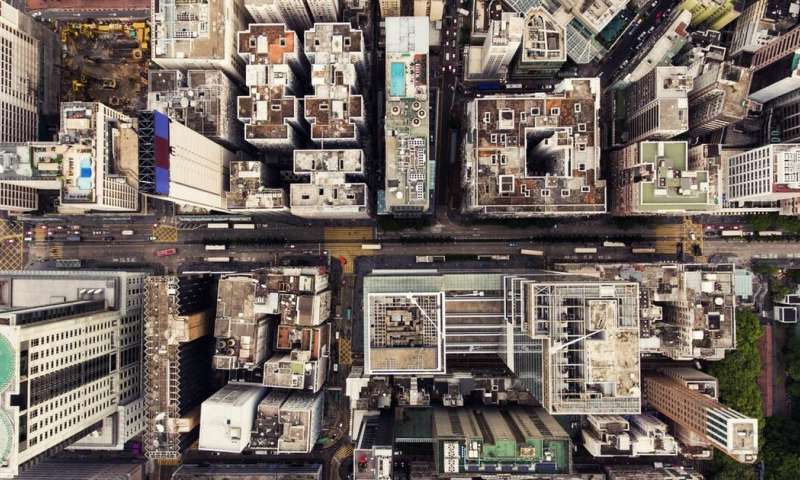 Over half of the world’s population—4.2 billion people – live in cities. This number is expected to rise, with 68% of the global population estimated to live in urban areas by 2050.

Among the world’s megacities—defined as urban areas with more than 10 million inhabitants—Tokyo, Japan is the largest, with 37 million citizens. It is followed by Delhi, India (29 million) and Shanghai, China (26 million). In the UK, after several decades of rural-to-urban migration, 83% of people live in urban environments—and London has become the first European megacity.

The detrimental effects of urban living on physical health have long been recognized, including higher rates of cardiovascular and respiratory disease. More recent, however, is the revelation that urban living can also have adverse effects on mental health.

Critically, the longer you spend in an urban environment during childhood and adolescence, the higher your risk of developing mental illness in adulthood. This “dose-response” association provides indirect support for a causal relationship between urban living and mental illness.

Support for these epidemiological findings comes from the brain sciences. In a pioneering study in 2011, researchers measured neural activation during a stress-inducing task.

As expected, all participants showed increased neuronal activation within the limbic system – a network of regions that plays a key role in our day-to-day regulation of emotion. Within this network, neural activation in the amygdala – the “fight or flight” center of the brain—correlated with the size of the city in which an individual resided at the time of the experiment. And neural activation of the perigenual anterior cingulate cortex – a region implicated in the processing of social stress—correlated with how long a participant had lived in a city during their childhood.

Intriguingly, other studies have shown similar alterations in people who have high genetic risk of developing psychiatric disorders. This supports the notion that urban living causes changes within a network of regions implicated in the development of mental illness.

Taken together, epidemiological and neuroscientific studies provide converging evidence that, indeed, people who live in urban areas are at greater risk of mental health problems. So which specific factors within the urban environment increase the risk of developing such problems?

Epidemiological studies have identified a large number of factors. Some of these highlight potential problems in the built environment, such as reduced access to green spaces and high levels of noise and air pollution. Others pertain to the social environment, such as loneliness, perceived and actual crime, and social inequalities.

These studies were based on the collection of a single snapshot per participant, and therefore could not capture the multiple and diverse environments that most people experience throughout the day. But some new studies are using smartphone technologies to collect multiple measurements as people go about their daily life. Urban Mind, for example, is a citizen-science project which uses a smartphone app to measure the experience of urban or rural living in real-time.

It’s important to recognize that those factors within the urban environment which increase the risk of mental illness are neither intrinsic nor inevitable aspects of urban living. Instead they are the result of poor planning, design and management, and could be reversed. Which takes us to the next question: could urban living be good for our mental health?

While existing research focuses on the negative impacts of urban living on mental health, framing the accelerated urbanization taking place worldwide as a challenge to humankind, this is an oversimplification of what it means to live in a city for at least three reasons.

First, urban living is a complex, contradictory and difficult to define phenomenon, with little in common between the resident of a deprived suburb and that of a garden city; or between the processes of gentrification and those of inner city decline. Consistent with this notion, the incidence of depression within urban areas is lower when people have access to high quality housing and green spaces.

Second, we know that all health, and mental health in particular, depends on both nature and nurture. For example, emerging evidence from epigenetics, which examines how the environment affects the expression of our genes, suggests that the impact of urban living depends on our preexisting genetic makeup.

Third, for many people, urban living can bring great benefits to mental health through increased opportunities for education, employment, socialization and access to specialized care. Moving to a city can be the first step towards the realization of one’s full potential, and a necessary condition to gain access to communities with similar interests and values.