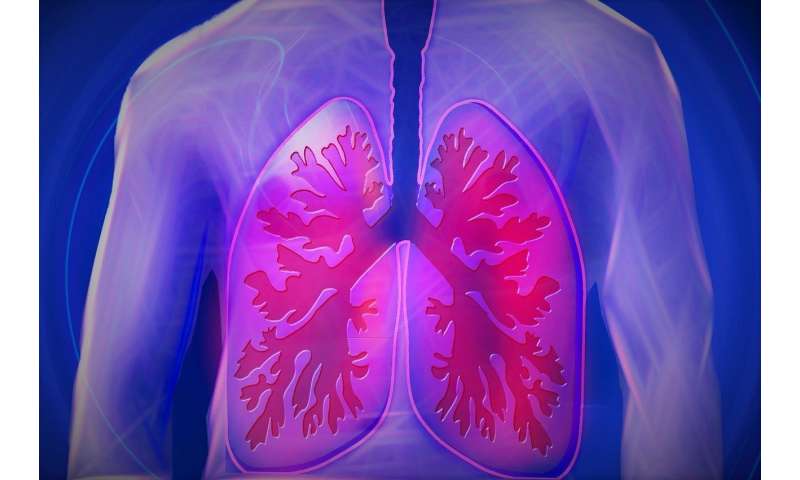 People who are diagnosed with the most common form of asbestos-related lung disease are not at an increased risk of developing lung cancer later in life, a new study led by Curtin University has found.

The research, published in the American Journal of Respiratory and Critical Care Medicine, examined the relationship between asbestos-related pleural plaques and an increased risk of lung cancer in more than 4,200 Australians exposed to asbestos from mixed occupations, mostly tradesmen, and the Wittenoom crocidolite mine and township in the Pilbara, Western Australia.

Lead author Professor Fraser Brims, from the Curtin Medical School and Sir Charles Gairdner Hospital in Perth, said the relationship between asbestos-related pleural plaques and the risk of lung cancer was not well understood.

“There have been suggestions that the presence of pleural plaque should act as a biomarker for lung cancer risk and therefore could be part of the eligibility criteria for early lung cancer detection screening,” Professor Brims said.

“Our study examined two large asbestos-exposed populations with different types and intensity of asbestos exposure and found that the presence of pleural plaques did not increase the risk of lung cancer, after adjusting for smoking history, asbestosis and asbestos exposure.

Professor Brims said screening for lung cancer was becoming more widespread internationally and identifying who was at high risk was key to detecting lung cancer at an early stage.

“Patients who have been told they have asbestos-related pleural plaque may be worried about the diagnosis and what it means for their future health. This research will allow doctors to reassure patients and their families that the pleural plaques are just a scar from the asbestos and not a sign, or a risk factor, for more serious diseases such as lung cancer,” Professor Brims said.