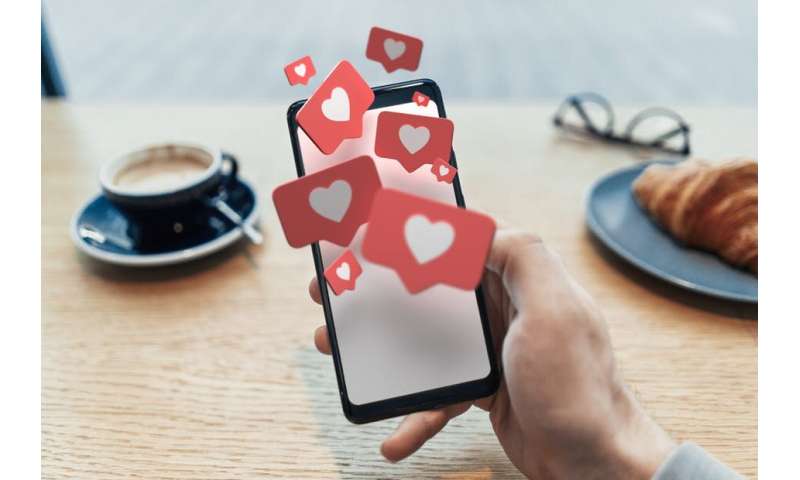 When Kendall Jenner recently shared a series of emotionally-charged Instagram posts about her experiences with acne, the 24-year-old model was immediately accused by many online observers of “sadfishing”—particularly because the post was a paid brand partnership with a skincare product used to treat acne.

Although the term “sadfishing” is relatively recent—coined at the beginning of 2019 by writer Rebecca Reid—many people are probably familiar with the act of fishing for sympathy online, whether they’ve seen it happen, or are guilty of it themselves. Reid defines sadfishing as the act of posting sensitive, emotional personal material online to gain sympathy or attention from the online community.

However, sadfishing is increasingly being used to accuse people of attention-seeking, to criticize people, or to belittle a person’s online content—whether they were actually sadfishing or not. When Justin Bieber made a post detailing his mental health struggles, for example, he was met with a variety of responses, including accusations of sadfishing. However, it’s almost impossible to know if someone is genuinely sadfishing or not. And everyone from regular people to politicians and entertainers have been accused of sadfishing for attention or trying to exaggerate the importance of a particular issue.

The concept of online “sadfishing” is relatively new, which means there’s currently no research examining these behaviors. However, parallels can be drawn with sadfishing and general attention-seeking behavior, where a person acts out to gain attention, sympathy, or validation from others. Attention-seeking behavior is associated with low self-esteem, loneliness, narcissism, or Machiavellianism (the desire to manipulate other people).

However, it’s difficult to understand the motivations of social media users just by reading through their posts or online activity. It might be the case that so-called sadfishing posts are intended to genuinely highlight an important or sensitive issue, such as depression or anxiety. Others might simply be sharing information with little regard for the response it might generate. Some so-called sadfishing posts might even exist only to exploit or provoke readers.

Although everyone can be guilty of sadfishing, celebrities are more commonly accused of sadfishing by online users, especially if they’ve shared personal details about struggles they’ve faced. These accusations can often become hostile, with many celebrities becoming victims of online abuse as a result. But what impact does even just observing online abuse have on observers?

Recent research had participants read a series of celebrity tweets, some of which were emotionally negative. They were then asked to judge if these celebrities were to blame for any abuse that they received. The study found that the way a person perceived the severity of online abuse depended upon how strongly they exhibited narcissism, Machiavellianism, or psychopathy—the so-called “dark triad”. Results showed that people who exhibited higher dark triad characteristics gave less sympathy to celebrities.

It’s likely that if a person exhibits these dark triad personality traits, they will be more likely to judge posts as less genuine, or an example of sadfishing. It’s also likely that these traits influence whether or not a person is a sadfisher. People who score high in narcissism and Machiavellianism are more like to exhibit attention-seeking behaviour—which may mean they’re more likely to sadfish.

Sadfishers may be hard to recognize, unless they admit to these behaviors openly. Although presenting sensitive or deeply personal information publicly might lead to accusations of sadfishing, it’s possible that these accusations may be incorrect. Wrongly accusing someone of sadfishing when they’ve genuinely reached out for support—rather than for attention—can have a powerful impact on that person’s health.

A person wrongly accused of sadfishing may be at risk of experiencing lowered self-esteem, anxiety, and shame. They might also be discouraged from seeking support from family, friends, partners, or support workers.

But people who deliberately “go sadfishing” should know their actions can potentially effect the well-being of others. Posting deeply emotional content, such as about serious health concerns, might also cause readers to experience anxiety, physical or mental stress. Although social media can provide a supportive place for people to talk about their mental health or other health issues, it’s important to know that disingenous posts could do more harm than good.

Social media users should think carefully about what information they share and with who. Those genuinely needing support might find it better to reach out to people close to them privately as they might be able to provide support, or even share their own experiences. It’s also important to make contact with support services such as healthcare providers or professional support groups.