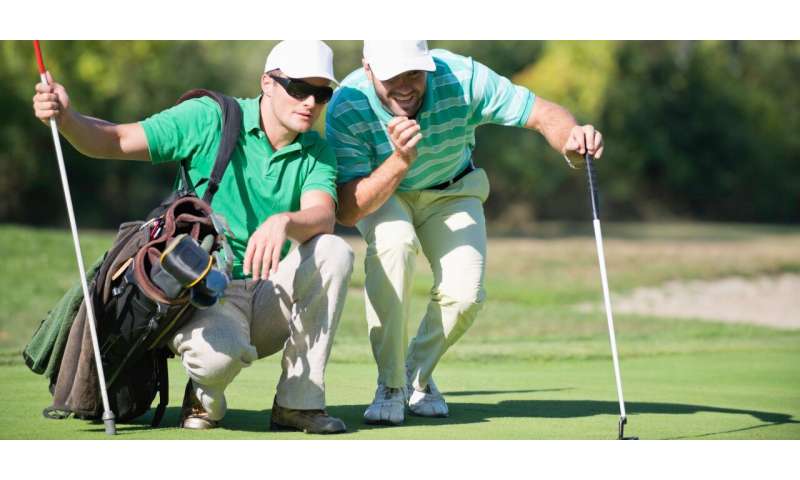 Elite athletes are more likely to rise to the occasion after a failure if they keep potential unhelpful consequences of striving for perfection in check, according to a University of Alberta study, the first of its kind to investigate perfectionism and performance following failure in competitive athletics.

“It can be helpful to seek perfection but it’s really important for athletes to be equipped with coping mechanisms and skills to handle inevitable failures and have an understanding that true perfection is rarely attainable in sport,” said Mick Lizmore, a recently graduated U of A sport psychology doctoral student who led the study under the supervision of John Dunn.

“The more negative aspects of perfectionism include concerns over making mistakes, fear of negative social evaluation, feelings of discrepancy between one’s expectations and performance, and negative reactions to imperfection,” he said.

Researchers have hypothesized that the ability for an athlete with heightened goals and lofty expectations to bounce back after suffering defeat may depend on how well they manage perfectionistic concerns.

Lizmore’s team set up a golf putting competition and informed the participants, 99 varsity athletes, that they were participating in a head-to-head competition to see who could come closest to a target.

The athlete participants filled out a brief questionnaire that asked about their level of anxiety, optimism and how much threat they were perceiving in the environment before completing a first round of 10 putts.

Regardless of how well participants performed in the first round, they were told they were trailing a fictitious opponent by a margin of 17 percent. They then filled out a second questionnaire and took their last 10 putts. The researchers then compared distances from the target between the two sets of putts.

Collectively, putting performance improved for the group in the second round. However, when the researchers took a closer look at the interaction of perfectionistic strivings and perfectionistic concerns, Lizmore said there appeared to be a “tipping point” of both lower and heightened perfectionistic concerns that might help to explain why certain high-striving athletes perform either better or worse when they fall short of their lofty goals and expectations.

On the negative end, previous research suggests athletes with heightened perfectionistic concerns are more likely to experience heightened anger and dejection, be less self-confident and optimistic, and ruminate or continue thinking about mistakes following failure or poor performances. However, very little research up to now has looked at the potential influence these perfectionistic tendencies have on actual athletic performance.

“Failure is probably better viewed as a setback and an undesired, but necessary, part of the performance process, rather than something that’s completely unacceptable,” Lizmore said. “It’s OK to seek perfection but it’s really important for us to be equipped to handle inevitable setbacks and adversity when it comes our way.”

U of A sport psychology researcher Amber Mosewich has championed the idea of self-compassion in sport, where athletes learn—in part—to not be overly critical of their performance, or as Lizmore suggests, “Athletes can be their own caddy.”

“Athletes are likely to continue to perform poorly after substandard performance if they have a rigid perspective on the meaning of failure, and are unrelentingly unforgiving of themselves when they fall short of heightened standards. There’s a difference between seeking and rigidly expecting perfection,” he said.

“Athletes who continuously view even the slightest failure as unacceptable or have self-worth that is largely contingent upon performing at a high level simply don’t often last,” he said.