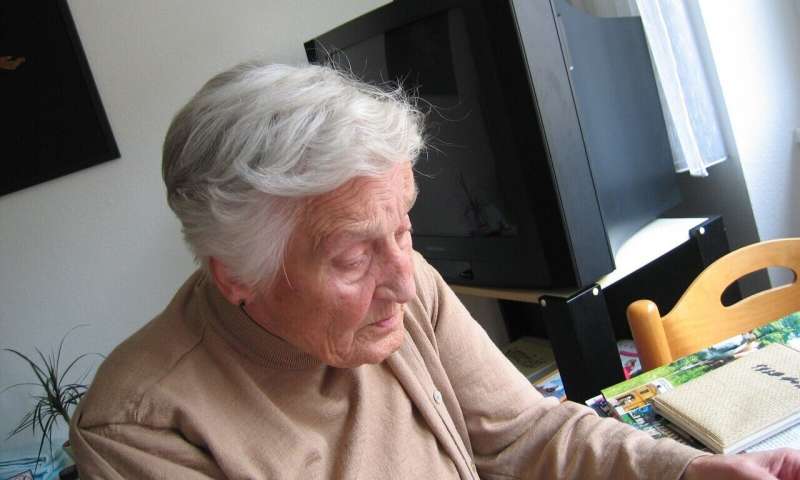 A physically and mentally active lifestyle confers resilience to frontotemporal dementia (FTD), even in people whose genetic profile makes the eventual development of the disease virtually inevitable, according to new research by scientists at the UC San Francisco Memory and Aging Center.

The research aligns with long-standing findings that exercise and cognitive fitness are one of the best ways to prevent or slow Alzheimer’s disease, but is the first study to show that the same types of behaviors can benefit people with FTD, which is caused by a distinct form of brain degeneration.

FTD is a neurodegenerative disease that can disrupt personality, decision-making, language, or movement abilities, and typically begins between the ages of 45 and 65. It is the most common form of dementia in people under 65 (accounting for 5 to 15 percent of dementia cases overall) and typically results in rapid cognitive and physical decline and death in less than 10 years. There are currently no drugs to treat FTD, though numerous clinical trials for the disease are underway at UCSF Memory and Aging Center and elsewhere.

“This is devastating disease without good medical treatments, but our results suggest that even people with a genetic predisposition for FTD can still take actions to increase their chances of living a long and productive life. Their fate may not be set in stone,” said Kaitlin Casaletto, Ph.D., assistant professor of neurology at the UCSF Memory and Aging Center and corresponding author of the new study, published January 8, 2020 in Alzheimer’s and Dementia.

‘If This Were a Drug, We Would Be Giving it to All Our Patients’

About 40 percent of people with FTD have a family history of the disease, and scientists have identified specific dominant genetic mutations that drive the development of the disease in roughly half of these cases. But even in these individuals, the disease can have very different courses and severity.

“There’s incredible variability in FTD, even among people with the same genetic mutations driving their disease. Some people are just more resilient than others for reasons we still don’t understand,” said, Casaletto, a member of the UCSF Weill Institute for Neurosciences. “Our hypothesis was that the activities people engage in each day of their lives may contribute to the very different trajectories we see in clinic, including when the disease develops and how it progresses.”

To test this hypothesis, Casaletto and colleagues studied how lifestyle differences affected FTD progression in 105 people with dominant, disease-causing genetic mutations who were mostly asymptomatic or had experienced only mild, early-stage symptoms. The research participants were drawn from two large multisite studies, called ARTFL and LEFFTDS (recently combined into a study known as ALLFTD), led by co-authors Adam Boxer, MD, Ph.D., and Howie Rosen, MD, also of the UCSF Memory and Aging Center.

As part of these larger studies, all participants underwent initial MRI scans to measure the extent of brain degeneration caused by the disease, completed tests of thinking and memory, and reported on their current levels of cognitive and physical activity in their daily lives (e.g., reading, spending time with friends, jogging). At the same time, their family members completed regular gold-standard assessments of how well the study participants were functioning in their lives—managing finances, medications, bathing themselves, and so on. All of these measures were repeated at annual follow-up visits to track the long-term progression of participants’ disease.

Specifically, the researchers found that functional decline, as assessed by participants’ family members, was 55 percent slower in the most active 25 percent of participants compared to the least active five percent. “This was a remarkable effect to see so early on,” Casaletto said. “If this were a drug, we would be giving it to all of our patients.”

The researchers found that participants’ lifestyles did not significantly alter the inexorable degeneration of brain tissue associated with FTD, as measured by follow-up MRI scans a year into the study. But even among participants whose brain scans revealed signs of atrophy, the most mentally and physically active participants continued to perform twice as well as the least active participants on cognitive tests. These results suggest that active lifestyles may slow FTD symptoms by providing some form of cognitive resilience to the consequences of brain degeneration.

Findings Could Illuminate Biology of Brain Resilience Across Dementias

The researchers anticipate seeing even larger differences in cognitive decline between more and less active groups as the merged ALLFTD study continues to follow these participants over time. “We’ve seen such significant effects in just the first year or two in people with very mild disease—if these results hold, we may see that an active lifestyle sets individuals on a different trajectory for the coming years,” Casaletto said.

The next step for the research is to include more detailed and objective assessments of participants’ physical and mental activity—including fitting them with wearable FitBit activity sensors—to begin to estimate exactly how much activity is needed to promote cognitive resilience.

Casaletto cautions that the results, though exciting, so far only report a correlation: “It is possible that some participants have less active lifestyles because they have a more severe or aggressive form of FTD, which is already impacting their ability to be active. Clinical trials that manipulate cognitive and physical activity levels in people with FTD mutations are needed to prove that lifestyle changes can alter the course of the disease.”

With this caveat in mind, Casaletto hopes the findings will not only encourage care teams and individuals with family histories of FTD to adopt lifestyle changes that could provide more productive years of life, but also that the ongoing study will lead to a better biological understanding of the drivers of resilience in people with FTD.