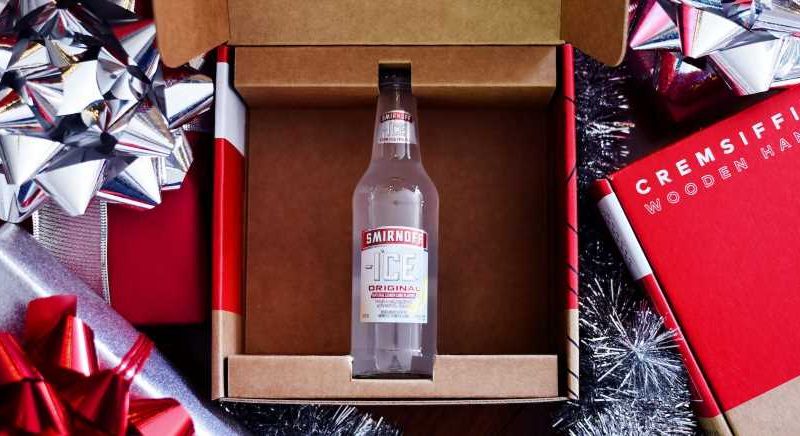 Icing someone is one of America’s greatest pastimes. If you’re not familiar, what you do is hide a Smirnoff Ice somewhere, and whoever discovers it has to get down on one knee and chug the whole thing. It’s literally always funny. And while people have gotten pretty creative over the years, hiding Smirnoff Ices everywhere from the inside of books to the classic inside of a cabinet, Smirnoff is getting in on the fun this year, selling gift boxes with a single Smirnoff Ice inside of them.

Smirnoff designed these boxes to look like they contain luxury gifts under the brand name Cremsiffino…which is an anagram for Smirnoff Ice. How sneaky! Though the boxes appear on the outside to hold things like fancy hangers or hand mixers, they actually hold a single Smirnoff Ice. Guys! What about my mixer?

Presumably, the person you’re gifting it to will then open it and be forced (nay, privileged!) to chug that Smirnoff on the spot.

Each box will run you $20 each with a classic Smirnoff Ice inside, and of course, you have to be 21 years old to buy it. If you want to fill it with a different flavor or, I dunno, just want the box for some reason, you can also just buy the box on its own for $10.

While that may seem a little pricey for a gag gift, it saves you from having to come up with a prank on your own, which is always the worst part. Plus, it’s worth it to see the look on their face. Classic!