Teens are currently using a wide range of devices that allow them to vape undetected, right under the noses of parents and teachers.

Often, these vaping products are disguised to look like common household objects such as watches, writing pens, and even clothes.

The Food and Drug Administration (FDA) has certainly noticed. The agency today it has sent 10 warning letters to companies who manufacture or import “unauthorized electronic nicotine delivery systems.”

These include sweatshirts with “stealth pockets” as well as items made to resemble smart watches, pens, and toys such as fidget spinners.

Here are details on some of the more common stealth vaping devices currently being used. 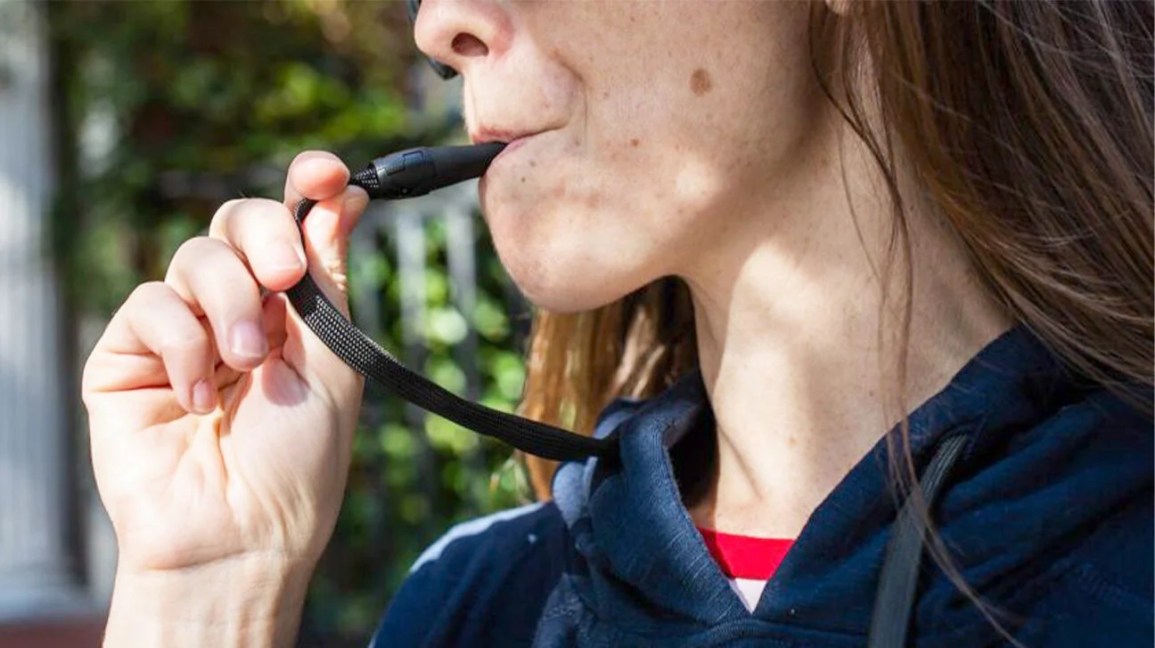 Vape hoodies have specially designed tubed drawstrings where vaping devices can be inserted and used discretely.

Hooded sweatshirts are a staple in most teen wardrobes so it probably won’t arouse suspicion when your teen shows up at breakfast one morning wearing a new one, but it should.

Vape hoodies are a popular way to hide vape pens, allowing teens to vape anywhere, even in class, without being detected.

To use it, all they have to do is insert a vape pen in the end of one of the hoodie’s specially designed tubed drawstrings. Then pen is then slid into a discreet chest pocket, and users inhale through a mouthpiece on the other end of the drawstring. This allows the plume of vapor emitted from the pen to be concealed inside the drawstring’s tube. 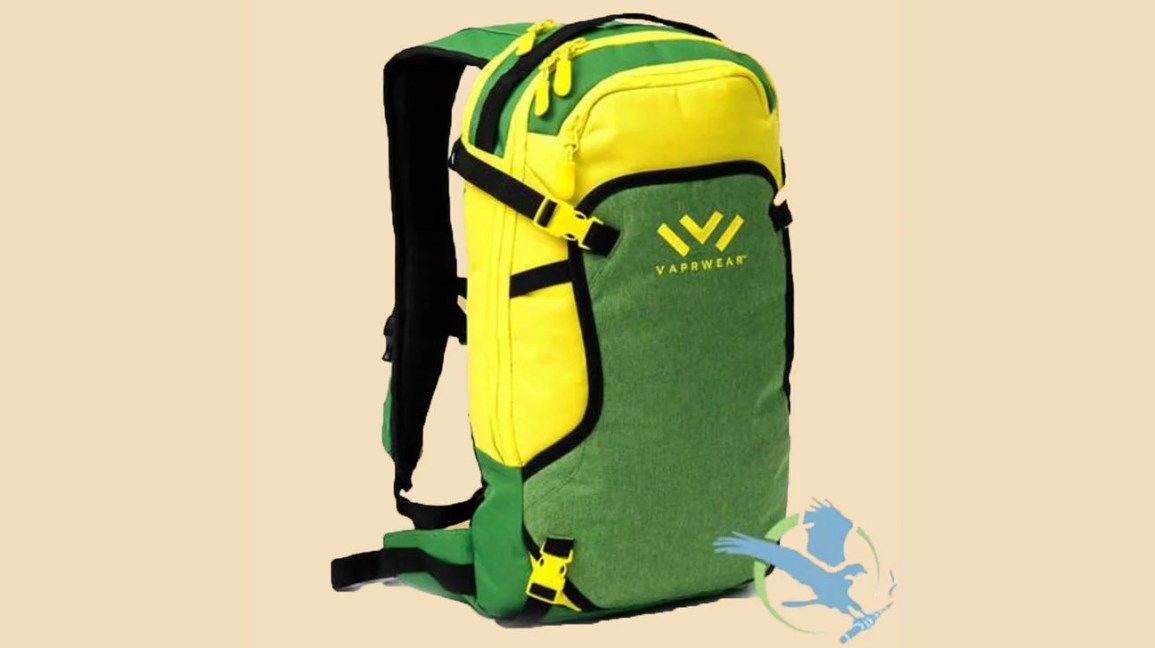 Vaping backpacks typically conceal tubing and a mouthpiece in the shoulder strap that can be connected to a vaping device.

These days backpacks are more than just a way to carry books and laptops to and from school. They can also conceal teen vaping.

Vaping backpacks generally contain a pouch to hold the vaping device with concealed tubing and a mouthpiece in the shoulder strap allowing it to be pulled out for use as desired and then tucked discreetly away. 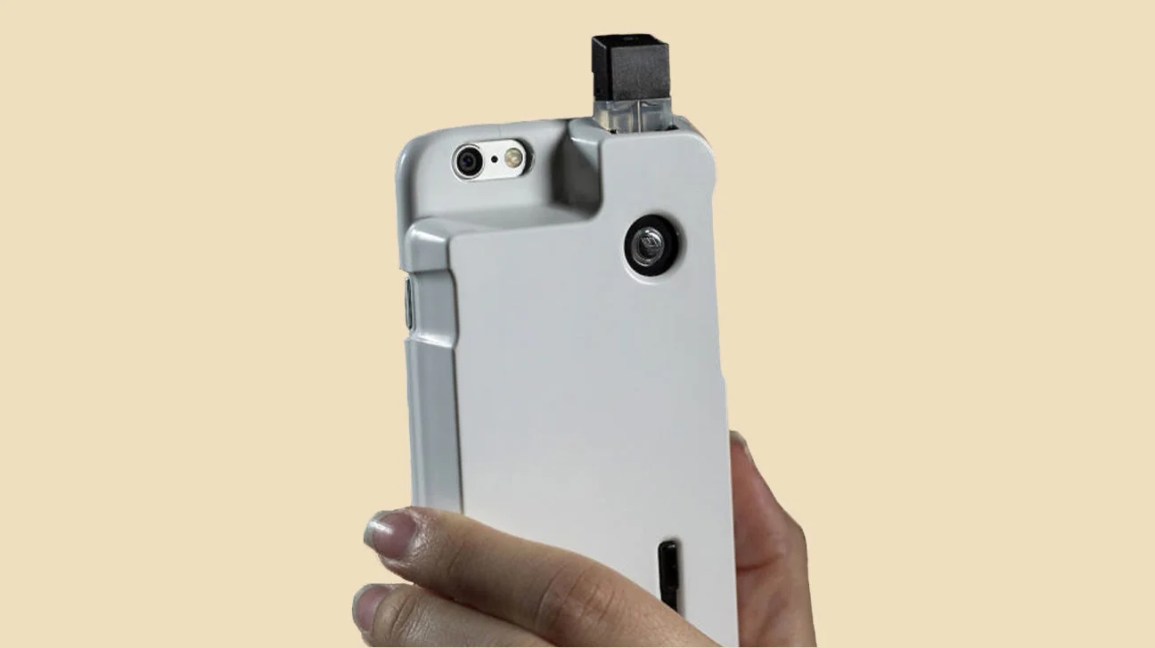 Vaping phone cases fit over a smartphone just like a normal case.

With smartphones being found in the hands of most teens these days, you may not even think twice about them getting a new phone case, but be aware that their latest accessory could also disguise a vaping habit.

Vaping phone cases fit over a smartphone just like a normal case, but with a big difference: You can attach an atomizer to it and vape e-liquids. 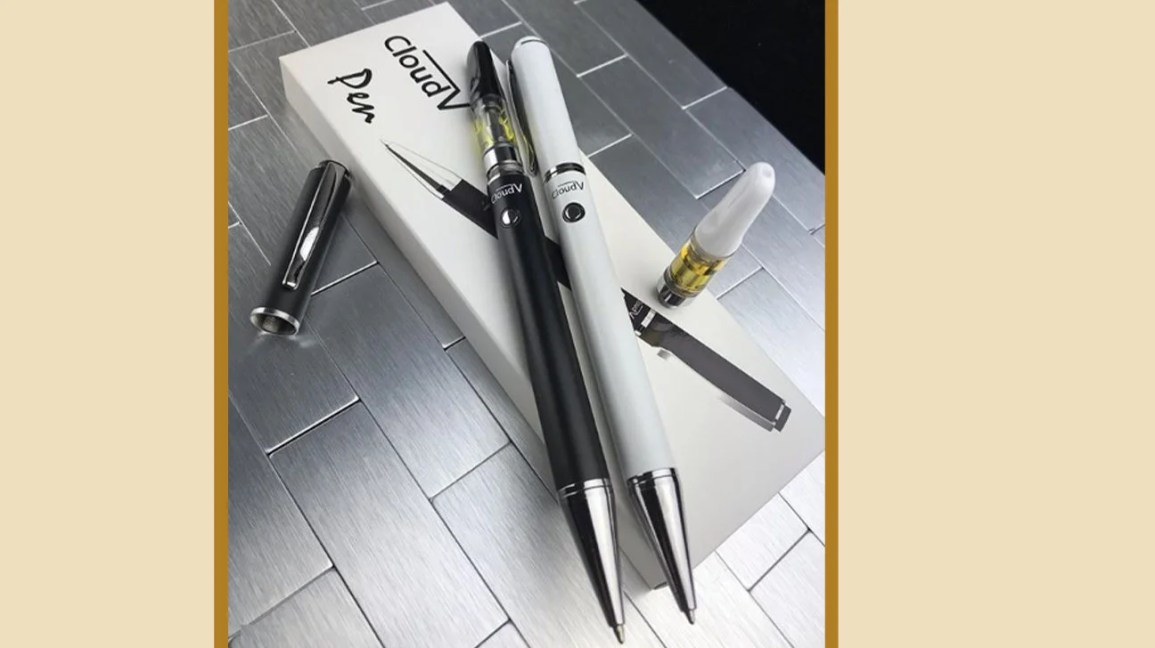 While many vape pens are called “pens” simply because their size and shape closely resemble a pen, there are also vape pens that are purposely designed to look like pens in order to hide their true function.

In fact, there are even vape pens on the market that have been cleverly designed to actually function as a writing implement. All the user has to do is unscrew the top of the pen, insert a cartridge and then vape through the top of the pen. 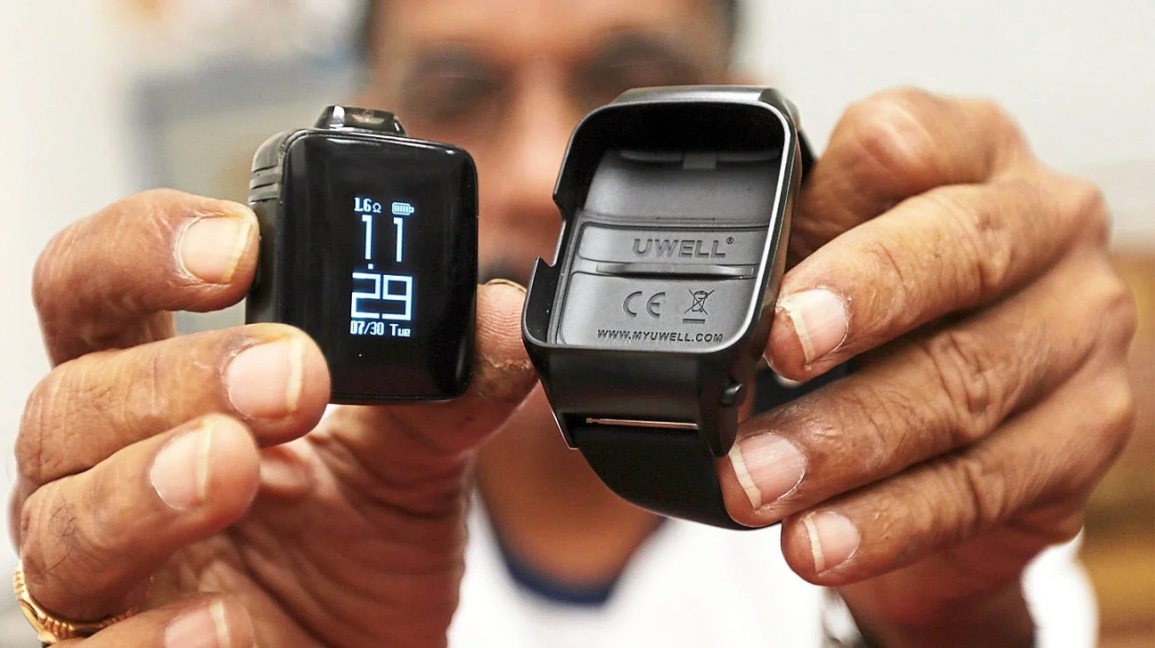 These watches display the time and conceal the vaping apparatus in the wristband.

While they may look like a smart watch at first glance, and even tell you the time and date, a press of a button allows the user to remove a pod from the watchband which can be used as a vape. 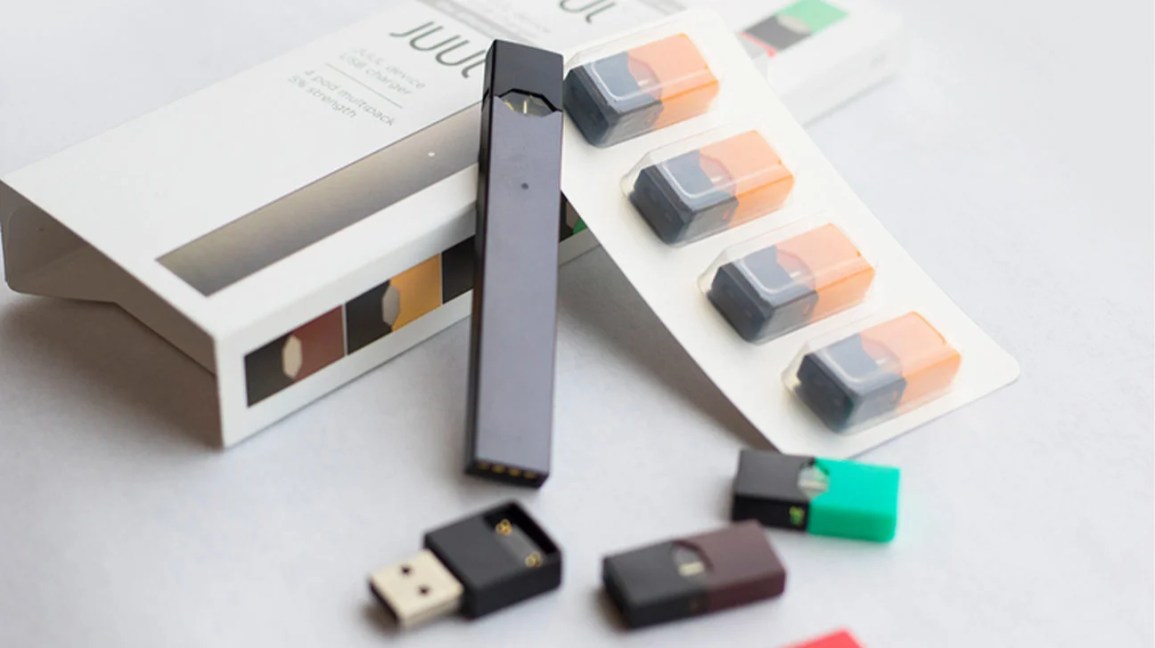 Devices like the Juul brand of e-cigarette, which closely resembles a USB drive, have become a very popular option for teens to hide their vaping.

All they need to do is toss it in their backpack, and unsuspecting parents are none the wiser that the device isn’t a USB drive with data needed for homework.

As of October 8, 2019, the Centers for Disease Control and Prevention (CDC) reports that there have been reported to their agency.

The reports came from 49 U.S. states, the District of Columbia, and one U.S. territory. Among these reported injuries, 15 percent involved children under 18 years of age.

In addition, there have been 26 confirmed deaths due to these injuries, although the CDC did not report how many of these were teenagers.

According to the U.S. Surgeon General, there can be several potentially dangerous ingredients found in e-liquids, including:

While it’s not yet clear exactly what is causing the recent spate of lung disease and death related to vaping, the CDC reports that they are most likely associated with chemical contaminants found in .

Vitamin E acetate appears to be a possible culprit, but no clear pattern has yet emerged.

It has been suggested by Aaron Riley, CEO of California-based cannabis testing laboratory CannaSafe, that the contaminants of concern may be either vitamin E acetate or the pesticide myclobutinil.

According to the cannabis advocate Leafly, vitamin E acetate may be added to unregulated products to thicken the cannabis oil or hide the fact that it has been diluted.

Myclobutanil, according to CleanLight, a maker of agricultural equipment, is a pesticide used to control fungal growth on certain crops. Although it is not recommended to be used on tobacco or cannabis crops, they state, many cannabis growers do.

It is not known exactly how vitamin E acetate might damage the lungs, but the CDC’s Morbidity and Mortality Weekly Report states that the use of e-cigarettes has been associated with cases of , a condition in which fat particles get into the lungs, triggering inflammation and damage.

According to Riley, myclobutanil, when heated, can be transformed into a toxic chemical called hydrogen cyanide.

Riley does concede that it might appear to outside observers that he has a vested interest in protecting the cannabis industry.

However, he noted, his laboratory is strictly regulated by the state and independently accredited by a third party, ensuring the quality of their analysis.

What can parents do?

According to Thomas Brandon, PhD, director of the Tobacco Research and Intervention Program at Moffitt Cancer Center in Tampa, Florida, it’s important that parents remain calm and not overreact if they find out their child is vaping.

“Share your concerns with your teen child, but do so as an informed parent, rather than simply repeating some of the extremism that has emerged in recent months,” he said.

“There is no substitute for honest conversation,” Siegel said, further noting that, “Youth are very curious and will appreciate honesty and a discussion where they are learning something much more than being scolded or told what not to do.”

He added, “It will also take some of the glamour out of vaping if the parent knows everything about it. Part of the appeal is that parents have no idea what their kids are doing. “

Siegel said that the most important thing that parents should know is that the majority of the cases of death and injury are actually associated with black market THC vape cartridges.

Siegel stressed that “parents need to make it very clear to their children that they should absolutely not vape any e-liquid/cartridge that is purchased online or from a street seller.”

However, experts agree that vaping of any kind is a .

Parents should help children understand the risks associated with vaping and the growing body of research highlighting its potential negative health effects.