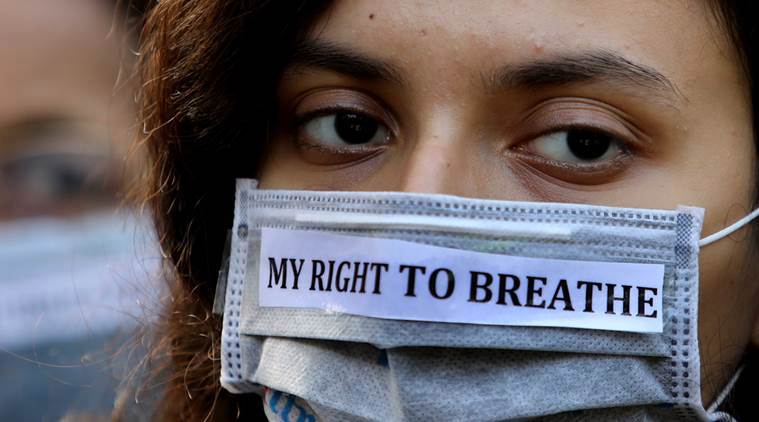 The findings, published in the journal Cardiovascular Research, suggest the world is facing an air pollution "pandemic". A ‘pandemic’ of air pollution is shortening people’s lives worldwide by nearly three years on average, and causing 8.8 million premature deaths annually, according to study published on Tuesday.

The researchers, including those from Max Planck Institute for Chemistry in Germany, found that air pollution is responsible for shortening lifespan on a scale far greater than wars and other forms of violence, parasitic and vector-born diseases such as malaria, AIDS and smoking.

The findings, published in the journal Cardiovascular Research, suggest the world is facing an air pollution “pandemic”.

Using a new method of modelling the effects of various sources of air pollution on death rates, the researchers estimated that globally air pollution caused an extra 8.8 million premature deaths in 2015.

This represents an average shortening of life expectancy of nearly three years for all persons worldwide.

In comparison, tobacco smoking shortens life expectancy by an average of 2.2 years (7.2 million deaths), HIV/AIDS by 0.7 years (one million deaths), the researchers, including those from the University Medical Centre Mainz in Germany, said.

Diseases like malaria that are carried by parasites or insects such as mosquitoes, ticks and fleas shorten lives by 0.6 years (600,000 deaths), and all forms of violence (including deaths in wars) by 0.3 years (530,000 deaths), they said.

They found that cardiovascular diseases — heart disease and cerebrovascular disease combined — are responsible for the greatest proportion of shortened lives from air pollution: 43 per cent of the loss in life expectancy worldwide. They also found that air pollution had a greater effect on shortening lives in older people, with the exception of deaths in children aged under five in low income countries, such as Africa and South Asia.

Globally, about 75 per cent of deaths attributed to air pollution occur in people aged over 60 years, according to the researchers.

This is the first study to show the effects of air pollution on deaths according to age, type of disease and also its effect on life expectancy at the level of individual countries and regions, they said.

“It is remarkable that both the number of deaths and the loss in life expectancy from air pollution rival the effect of tobacco smoking and are much higher than other causes of death,” said Professor Jos Lelieveld from the Max Planck Institute for Chemistry.

“Since the impact of air pollution on public health overall is much larger than expected, and is a worldwide phenomenon, we believe our results show there is an air pollution pandemic,” said Thomas Munzel, of the Max Planck Institute for Chemistry.

Policy-makers and the medical community should be paying much more attention to this, the researchers said.

Both air pollution and smoking are preventable, but over the past decades much less attention has been paid to air pollution than to smoking, especially among cardiologists, they said.

📣 The Indian Express is now on Telegram. Click here to join our channel (@indianexpress) and stay updated with the latest headlines

For all the latest Lifestyle News, download Indian Express App.