Revealed, the BEST countries in the world to raise a child: Britain ranks 11th while the US comes 18th as Denmark, Sweden and Norway clinch the top spots

The best countries in the world for raising a child have been revealed – and the UK does not feature in the top ten.

Britain ranked 11th in the annual Best Countries report, despite its economy dwarfing every nation above it, while the US came 18th.

Scandinavian countries dominated the top of the rankings, with Denmark, Sweden and Norway clinching the first, second and third spots.

Denmark was hailed as the best place to start a family because of its ‘generous maternity and paternity leave policies’, as well as free healthcare and education.

Sweden and Denmark were praised as being family friendly for similar reasons, as well as their robust social care programmes and low crime rates. 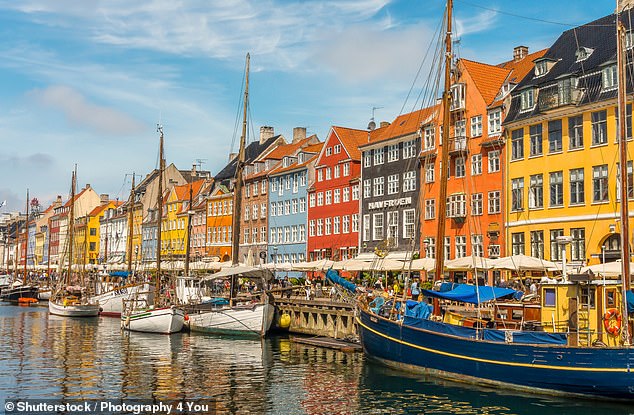 Denmark was hailed as the best place to start a family because of its ‘generous maternity and paternity leave policies’, as well as free healthcare and education (its capital city, Copenhagen)

Canada and the Netherlands rounded out the top five, followed by Switzerland, New Zealand, Australia and Austria.

The UK got high marks for its public education (9.6) and healthcare system (9.4), only slightly behind Denmark’s 9.9 scores in both categories.

But Britain scored poorly in income equality, earning just 2.6 compared to Denmark’s 9.2. It means many children are still born into poverty, unlike in the Scandinavian nations.

The UK’s ranking was also dragged down by its 5.4 score for political stability, with the authors citing Brexit as the main cause.

Writing in the report, done every year since 2016 by the University of Pennsylvania, they said: ‘The country’s role on the global stage faces new questions as the government is planning to approve this year its withdrawal from the EU.

‘The Brexit process, which will require months, if not years, of negotiations for new trade pacts and other treaties, also raises new questions about the future of the EU.’

The US was ranked 18th in the world for bringing up a child, scoring poorly in categories like safety (1.5), affordability (0.6), political stability (4.2) and income equality (1.1).

Racial tensions and an ‘increasingly polarised electorate’ were cited as reasons for it ranking so poorly, as well as gun deaths, which includes school shootings.

The Best Countries report evaluated 73 nations across 65 different categories. It surveyed more than 20,000 people in the Americas, Asia, Europe, the Middle East and Africa.

Respondents were split evenly into different groups to get an accurate representation of views in each nation.

The groups included leaders in business, university-educated people who consider themselves middle class or higher and read the news four times a week, and the general public, who were all over the age of 18.

For the fourth year in a row, Switzerland was ranked the overall best country, while Canada moved up to number two.

Japan, Germany, Australia and the UK rounded out the top five, with the US coming in at seventh.