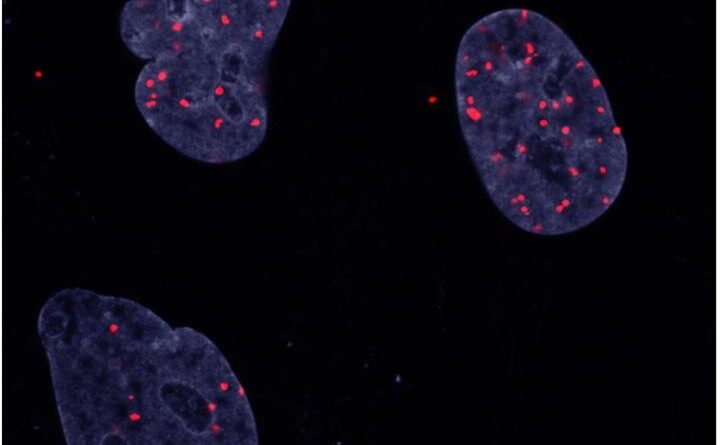 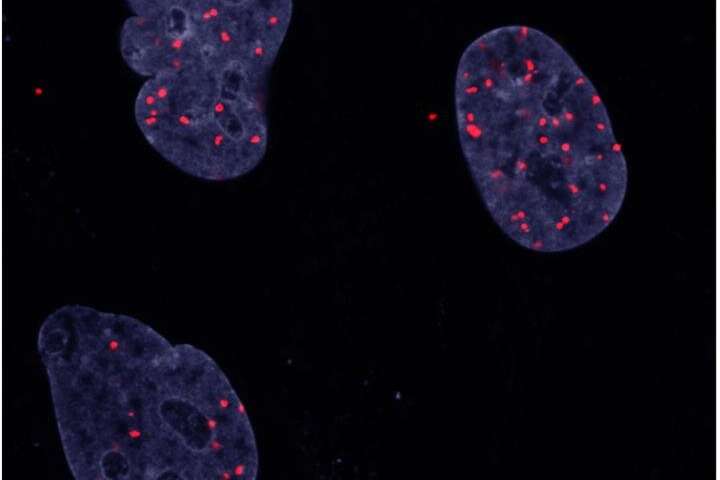 MAY 14, 2020—Like subway commuters on a crowded train, cells generally prefer not to be packed in too tightly. In fact, they have set up mechanisms to avoid this, a phenomenon called “contact inhibition.” A hallmark of cancer cells is that they lack this contact inhibition, and instead become pushy, facilitating their spread.

Scientific understanding of the mechanism underlying this cell behavior change has had many gaps. A new paper from the lab of Joseph Kissil, Ph.D., professor of Molecular Medicine at Scripps Research in Florida, provides important new insights.

A key player is a protein called YAP, a regulator of gene expression. YAP is a major effector of a pathway referred to as the Hippo pathway, so named after geneticists discovered that mutations to the HPO gene produced lumpy, hippo-like tissue overgrowth in fruit fly models.

Healthy cells and developing organs “know” when they should grow and when they should stop growing, based on multiple signaling molecules. These signals are transmitted by YAP and the Hippo pathway. Tracing out those signals is not only central to understanding our basic biology, but to finding new ways to attack cancers with precision therapies, Kissil explains.

Increasing cell density normally activates a change in cell signaling. It does this via an elevation of protein involved in initiating contact inhibition, p27. But a disrupted Hippo pathway interferes with normal YAP behavior and blocks the expected p27 surge.

Kissil says the team was surprised to find YAP in the uncharacteristic role of shutting down gene transcription. Previous studies suggested that YAP is an activator of genes that promote cell growth. The reality proved to be much more complex.

“What we show here is that YAP can also turn off genes, not just turn them on,” Kissil says. “It shuts down genes that would otherwise prevent cells from proliferating.”

In the end, like a broken down subway line, disruption of the Hippo pathway at any point can redirect the cell’s behavior, away from contact inhibition. The discovery of YAP’s dual role as both promotor and repressor of gene transcription provides important information in the efforts to make cancer drugs that act on YAP.

“When we target YAP in cancer, we are targeting its function as an activator of cancer, but we now know we also need to consider its suppressive functions, as well,” Kissil said. “We have to consider both the activation and the repression.”

Finding the players that both interact with YAP and have a functional role in promoting cancer growth required use of a genome-wide bioinformatics technique called ChIP-seq. The work involved collaboration with the labs of Matthew Pipkin, Ph.D., of Scripps Research in Florida, and Michael Kareta, Ph.D., of Sanford Research in Sioux Falls, South Dakota. They used ChIP-seq to map the overlapping relationships of the YAP-linked genes, which number in the thousands.

They worked specifically in human Schwann cells, which are peripheral nerve cells that produce the insulating myelin around nerves, but the findings should apply to other cancers, Kissil says.