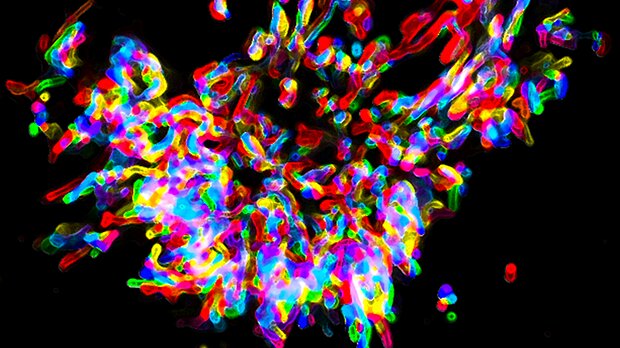 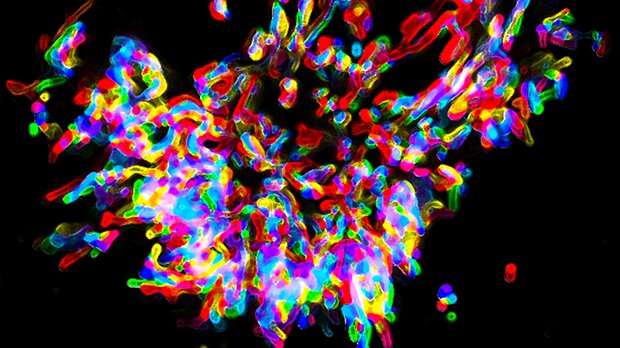 Waiting in the starting blocks, sprinters’ muscles are about to need to produce a lot of energy. And quickly. For short bursts of energy like this, the body can’t rely on its usual methods of production.

Instead, it relies on a store of a molecule called creatine phosphate, which can be rapidly turned into creatine in a reaction that releases a lot of energy, acting like a turbo boost.

As the pistol goes off, stored creatine phosphate is converted, the sprinter’s muscles contract, and they’re on their way to the finish line.

Surprisingly, this cascade of chemicals is also used by pancreatic cancers when they begin to spread.

Professor Laura Machesky, an expert in cancer spread at the Cancer Research UK Beatson Institute, has been interested in how pancreatic cancer spreads for a number of years.

Pancreatic cancers are known for being particularly aggressive and tend to spread to other parts of the body in a process called metastasis. They’re also notorious for being very rigid (stiff) tumors.

“We wanted to know if pancreatic cancers’ signature stiffness could be making it more aggressive,” says Machesky.

But before they could get out the starting block, they needed to be able to recreate the race conditions in the lab. And for that, they needed an engineer.

Professor Manuel Salmeron-Sanchez, an expert in biomedical engineering at the University of Glasgow, leads a team that creates various materials to study tissue repair and regeneration.

He works on ‘hydrogels’—gels made of different chains of molecules (polymers) suspended in water. Because hydrogels have a degree of flexibility and act like body tissue, they’re useful for making things like contact lenses. But they’re handy in the lab too.

Salmeron-Sanchez’s lab were tasked with designing materials that could recreate pancreatic tumors of different stiffnesses.

“Collaboration between our labs was essential to this research,” says Machesky. “Teaming up with labs of different disciplines allows you to see things in a different way, and none of us would have been able to produce these results on our own.”

With the materials in place, the race could finally begin.

This happened with cancer cells that had identical DNA, which revealed that the aggressive nature of the cancer wasn’t entirely hard wired—the physical surroundings of the cell played a big role as well.

Interestingly, cells grown in a stiffer environment also created and used more energy. Which led to the team’s next question—where is this extra energy coming from?

“This is an interesting question as pancreatic tumors are generally thought to have poor access to oxygen and nutrients, which are essential fuel for cancer cells,” says Dr. Oliver Maddocks, an expert in cancer metabolism at the University of Glasgow Institute of Cancer Sciences. “However, previous research has shown that cancer cells can be quite flexible when it comes to finding sources of energy,”

Maddocks’ lab specializes in cancer metabolism, which allowed the teams to look at the energy processes taking place within the cells and helped piece together what was really going on.

Cells that need to move a lot, like immune cells that patrol the body looking for invaders, move their internal powerpacks—structures called mitochondria—to the edge of the cell in the direction they want to move.

But another common way for cells to produce energy is through the stored creatine phosphate we use in sprinting.

And it turns out that the pancreatic cancer cells grown in stiffer environments also had higher levels of creatine and an enzyme called creatine kinase B-type (CKB), which turns creatine phosphate into creatine.

This result was promising for the team’s theory, so they then tested whether removing CKB from a cell affected its ability to migrate. And encouragingly it did—cancer cells that lacked CKB couldn’t move in the same way as regular cancer cells.

This showed for the first time that CKB is an important link between cell migration, metabolism, and the physical properties of pancreatic cancer’s environment.

Based on these links, it’s possible that targeting CKB could be an option for preventing metastasis in pancreatic cancer.

This theory was backed up by some initial testing in mice, where tumors with CKB removed or blocked spread less from the spleen to the liver. The team are hoping to investigate this further, along with experimenting with more complicated materials that are even closer to the real tumor environment.