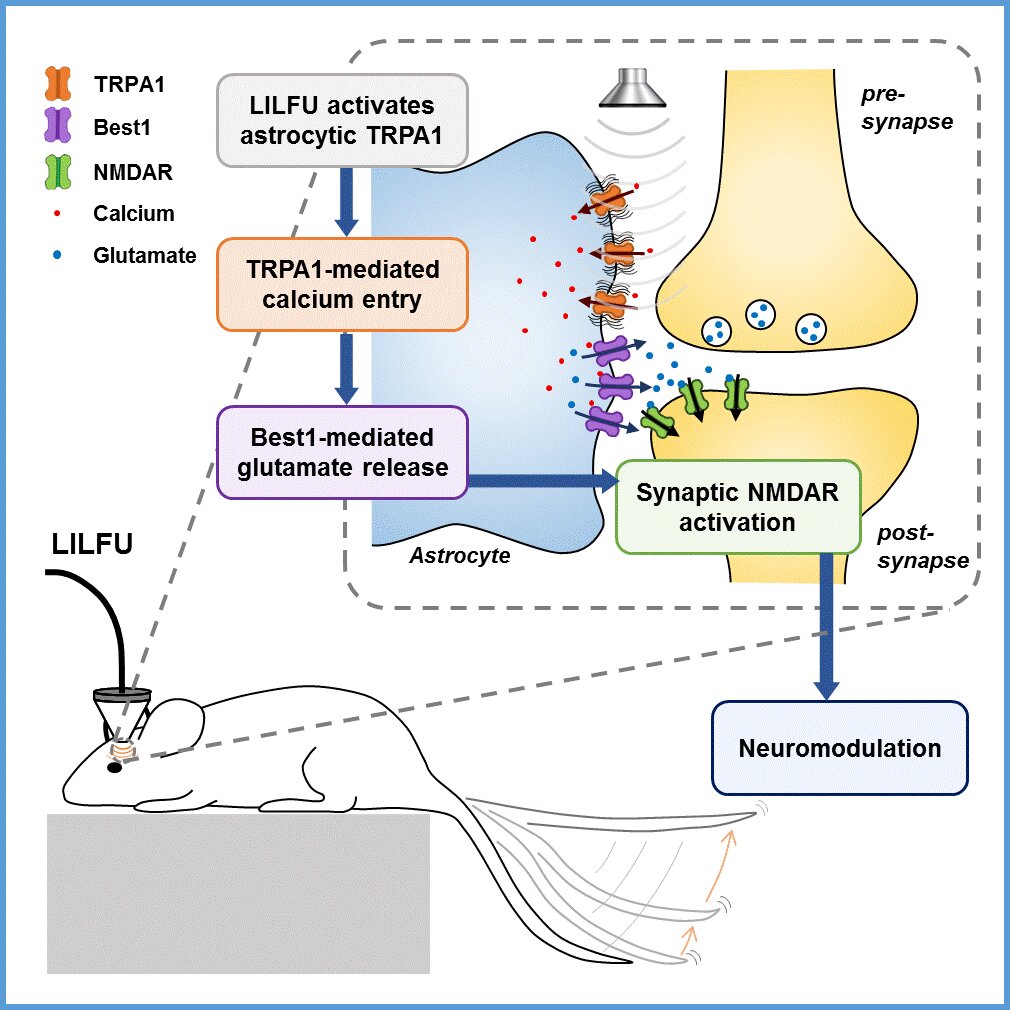 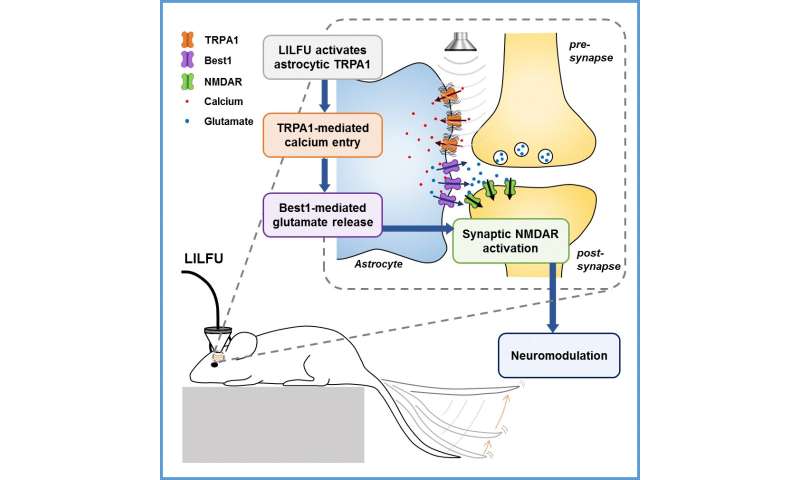 Just as rays of sunlight can be focused by a magnifying glass, beams of ultrasound can be focused—not to start a fire, but to converge on a specific target. The pulses of ultrasound are able to pass through obstructions like body tissue, without carrying risks associated with conventional device implantation and electrical stimulation. As a noninvasive approach that can target specific brain regions, focused ultrasound technology is a novel treatment for movement disorders, like Parkinson’s disease. Specifically, low intensity, low-frequency ultrasound (LILFU, of non-thermal power levels from 30 to 500 mW/cm2) is emerging as a highly transformative approach. LILFU enables high spatial resolution, deep penetration, combinational use with MRI, cost-effective implementation, and long-lasting neuromodulatory effect without noticeable side effects such as thermal response, which causes a change in temperature of the local tissue environment. LILFU has recently been found to modulate neuronal activity. Though animal trials have demonstrated that LILFU increases neural activity in the motor pathway, the exact workings haven’t been nailed down.

Led by Dr. C. Justin Lee, researchers at the Center for Cognition and Sociality within the Institute for Basic Science (IBS) in Daejeon, South Korea have identified the mechanism underlying the LILFU-mediated neuromodulation. They found that TRPA1 (transient receptor potential Ankyrin 1), a calcium channel expressed in astrocytes in the brain, is where LILFU-modulated neuromodulation sets about by picking up LILFU signals and converts them to electric signals.

Previous studies have looked at mechanosensitive ion channels only within the neural membrane, while delisting non-neuron cells like astrocytes. As LILFU was shown to induce Ca2+ responses in both neurons and astrocytes by exerting a mechanical pressure wave onto plasma membrane, the research team tested astrocytic Ca2+ channels and found TRPA 1 to be a highly sensitive target for LILFU-induced neuronal activity in the motor cortex, such as tail movement.

The research team demonstrated the pathway through which LILFU stimulates neuronal activity leading to the desired behavior (i.e. tail movement); in response to LILFU signals, TRPA1 opens, allowing the entry of Ca2+ to astrocytes. The Ca2+ increase induces a glutamate release from astrocytes via Best1. Being an excitatory neurotransmitter, the released glutamate boosts neuronal calcium and firing by activating NMDAR. This in turn brings about synaptic plasticity. These adaptive changes in synaptic strength are related to LILFU stimulation, which is a tail movement evoked by potentiation of excitatory synaptic transmission in the motor cortex.

In their mouse experiments, the researchers stimulated the motor cortex in vivo of wild-type (WT) and TRPA1 knockout (KO) mice by LILFU, and checked the tail movement. Tail movement in TRPA1 KO was significantly reduced compared to WT, suggesting that TRPA1 mediates LILFU-induced neuromodulation and motor behavior. They also inhibited the expression of TRPA 1 using a genetic silencer, a small hairpin-forming interference RNA (shRNA), to see whether TRPA 1 plays a critical role in LILFU-stimulated neuronal activity.

The researchers found that LILFU-induced neuronal firing in TRPA1-silenced genes was significantly decreased compared to that in its control group. It was also confirmed that the gene-silencing of TRPA1 or Best1 abolished LILFU-induced firing over a 100% enhancement of neuronal firing rate. These results indicate that LILFU activates astrocytic TRPA1 and glutamate-releasing Best1 through Ca2+ to target synaptic NMDAR, leading to neuronal firing. 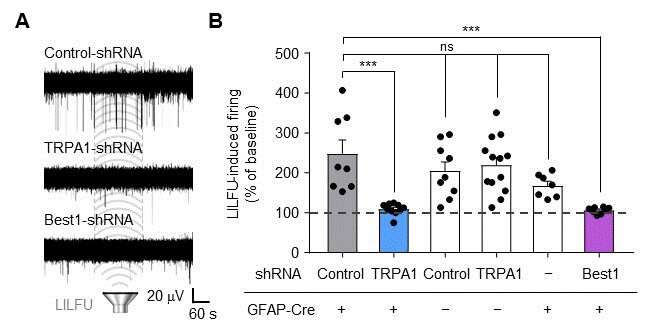 Notably, this study suggests a presence of highly sensitive mechano-channels in astrocytes, but not in neurons, raising astrocytes as the cellular target for LILFU. Used as a nonthermal approach, LILFU is also free from tissue damage. Synaptic plasticity relates to cognition as well as movement. Thus, the mechanical stimulation of the TRPA1-Best1-NMDAR pathway may also be found useful beyond physiological conditions to pathological conditions such as dementia, concussions, and depression.