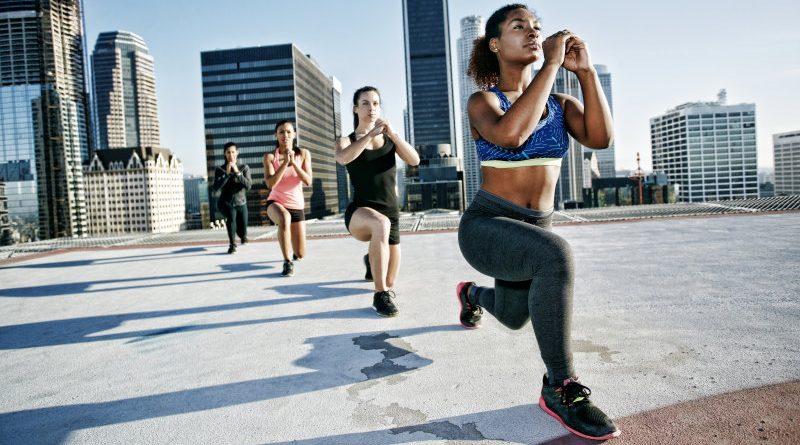 An Australian study has found adding just one strength training session to your weekly fitness regime can lead to significant mental health improvements.

The research, the largest study to examine the mental health effects of both aerobic and strength training, is the first to show that combining the two is more beneficial than doing either alone. 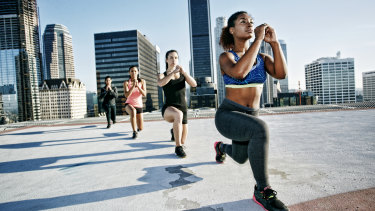 For best mental health results, lunge into your brisk walk or jog.Credit:Getty Images

Australia’s activity guidelines recommend 150 to 300 minutes of moderate-intensity aerobic exercise each week along with two strength sessions for physical health. There is little existing research about the mental health impact of these recommendations.

Dr Jason Bennie, a senior research fellow at the University of Southern Queensland, analysed the data of 1.48 million American adults, 18 per cent of which had diagnosed depression, between 2011 and 2017.

Participants were divided into groups based on the amount of strength versus aerobic training they did, which ranged from no physical activity to double the recommendations. Dr Bennie and his team then looked at the association with depression.

The results, published in Depression and Anxiety, showed those who did twice the recommended amount of physical activity were half as likely to have depression compared to those who were inactive.

“Our study advocates that combining strength training with aerobic activities like jogging or cycling is likely to be the best thing for your mental health,” Dr Bennie said.

But doing even a little of both made a big difference.

“If you added in one session of strength training a week, there was a decline in the prevalence of depression,” he added. “It didn’t really matter whether you did one versus three sessions – small to moderate increases are likely to be beneficial for improved mental health.”

This is significant given the “vast majority of the population is doing no strength training”, Bennie said, noting this didn't just mean lifting weights, but also included lunges, push-ups, sit-ups and squats.

“Both behaviours are good and if you combine them both together ,it’s even better,” Dr Bennie said. “This is the first study showing that.”

Dr Yorgi Mavros, a senior lecturer in exercise physiology at the University of Sydney, said the research into why exactly exercise was associated with improved mental health was “all very new and raw”.

“It’s possible that by maximising the stimulus, you maximise the benefits,” Dr Mavros said.

Although the research is limited, there are “lots of different theories” as to why this association could occur.

“Some of them are consistent across both types of exercise, so a reduction in stress, cortisol for example, stimulating things like dopamine and serotonin … so there’s some belief that exercise may target the same pathways as anti-depressants,” he explained, adding research has found exercise to be similar in effectiveness to anti-depressants.

Mavros added that reduction in inflammation and stimulus of growth factors, known to improve cognition and which may also play a role in mood regulation, are also possible explanations for the association.

While Mavros points out the study was cross-sectional and there is a risk the results were in part due to reverse causality (i.e. that those without depression were more likely to exercise), Dr Bennie and his team did control for this, adjusting for age, self-rated health, socioeconomic and chronic disease-related factors.

Mavros, whose research focus is chronic disease, said: “One of the key things, in the study, was that regardless of how much aerobic training you were doing, there was always a benefit to adding resistance training and it’s usually the most overlooked type of exercise … and in some ways, it’s a more accessible form of exercise.”