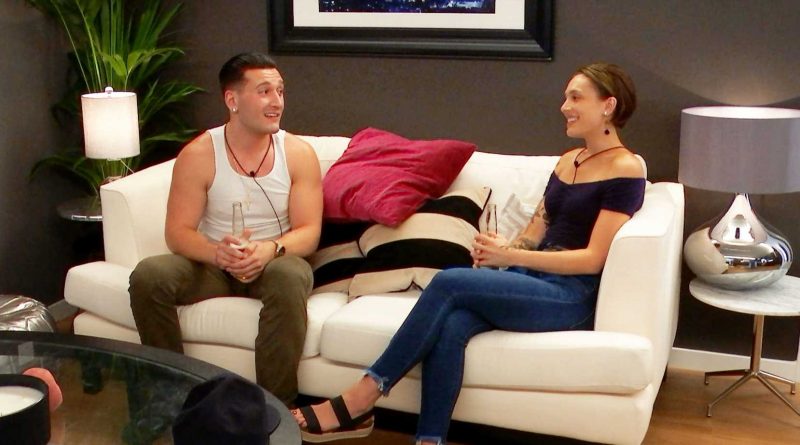 Being trapped inside an apartment for nearly a month is one way to stay in shape. At least, that’s a benefit of participating in The Circle, according to winner Joey Sasso.

If you haven’t heard, the buzzy Netflix show features eight contestants who spend 24 hours a day alone in their apartments. Their goal is to become the most popular person among the group, which is achieved by interacting with each other through “The Circle,” a social media app. Players update their status, group chat, DM, and add photos, to earn the affection of the group—along with their votes as the most likable person.

Since no one can leave their apartments, there is a lot of free time to cook healthy meals, according to Sasso.

“I think I got more ripped up during my time being there [on the show] because I was so faithful to my diet, which is keto,” Sasso tells Men’s Health.

Sasso has been on and off keto for roughly two years and genuinely enjoys the high-fat plan.

“It’s all foods that I can eat everyday and that I love: bacon, burgers, salmon,” he says.

And what about that wacky Brussels sprouts dish The Circle host Michelle Buteau dragged Sasso for eating? The winner doesn’t remember exactly how he made it but says it likely contained an array of seasonings like garlic salt and pepper.

“I’m really not a good cook,” he explains. Sasso’s method is to throw a bunch of seasonings and sauces together to create something he hopes tastes edible.

Although Sasso appeared to spend more time drawing than working out, the gym enthusiast did maintain a fitness routine on the show—which wasn’t as easy as you likely assume.

“I’m a terrible multitasker,” he explains. “It was difficult for me to try to get a really solid workout while trying to maintain that at any given moment I’ve got to stop this and go back to the game.”

Picture this: you’re on your second set of bicep curls when someone slides into your DMs. Do you abandon the workout—and your other arm—to schmooze and try to win the game?

“I became so conditioned [to thinking] that if I start doing something, then out of nowhere something inevitably is going to happen,” he says.

That’s why Sasso fit in small workouts throughout the day. He completed between 200-300 push ups daily and used resistance bands, which he brought to the show, to perform chest flies. To work his lower body, Sasso sat against the wall for 30-40 seconds at a time.

There’s no word yet on whether Netflix plans to release a second season—and how to appear on the show. But going on The Circle may help you take up cooking.