Home » Wellness » The empathy option: Digging into the science of how and why we choose to be empathetic 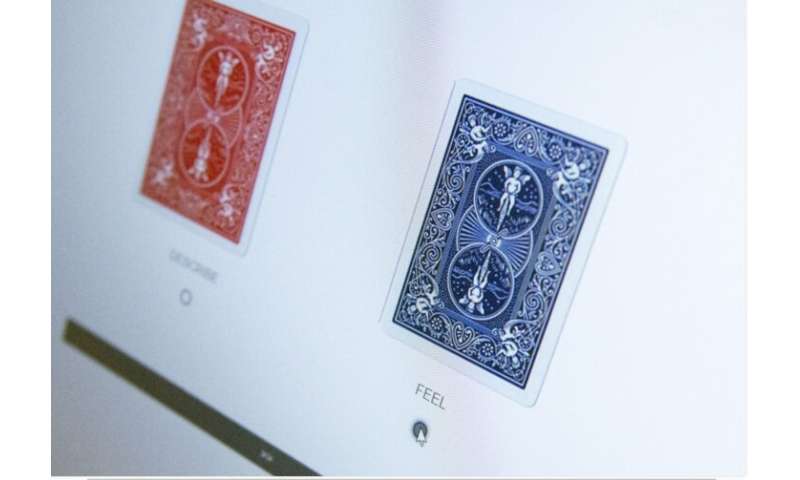 You’re flipping through the television channels when you hear the familiar beginning strains of a Sarah McLachlan song. You hastily click to the next channel, before the haunting images of homeless animals appear.

Or you’re scrolling through the news one morning when a headline makes you pause—a mass shooting, perhaps, or a tsunami halfway across the globe that’s left thousands homeless, injured, or dead. You keep scrolling, unable to stomach such horrible news first thing in the morning.

Daryl Cameron, assistant professor of psychology and research associate in the Rock Ethics Institute at Penn State, wants to understand when, how, and why people choose to avoid empathy in their daily lives.

Often conflated with compassion—sympathy or concern for others’ suffering or misfortune—empathy is the experience of understanding and actually sharing the feelings of someone else. Empathy, Cameron says, can be thought of as feeling with a person, rather than feeling for them.

But aren’t feelings automatic, something that happens without conscious effort? Sometimes, but Cameron also says that we often make a choice of whether—and toward whom—we’re empathetic. Across several studies, he and his colleagues have demonstrated that we do indeed opt out of being empathetic, and they’re closer to understanding one reason why. And while it can seem like a negative thing, Cameron says the fact that we do have the ability to choose has an upside.

“If our goal is to inspire more empathy to bridge social divides, then maybe knowing how and why people sometimes choose to not feel it could suggest a lever for pushing people in the opposite direction—to choose empathy.”

The question of choice

Cameron’s interest in the science of empathy was piqued in college while earning dual degrees in philosophy and psychology.

In grad school, he came across a paper suggesting that while people may feel immense empathy for an individual undergoing hardship or tragedy, empathy decreases as the number of victims rises.

At the time, Cameron says, some experts suggested that our empathy systems can’t process mass suffering, so they shut down. Others have argued that empathy isn’t even worth cultivating—that it’s biased and unsustainable and doesn’t lead to positive change.

Cameron disagrees with both views.

“It seems a bit fatalistic and defeatist to say that empathy for large numbers [of people] just isn’t how we’re wired,” he says. “Research on emotion regulation and mindfulness meditation suggests that people do have ways to change how they relate to their own emotions. Maybe if we further explored such possibilities, new avenues would open up for encouraging empathy.”

With his colleagues at the time, Cameron performed several experiments and found that empathy can be boosted by changing the way people think about it. In one study, tweaking participants’ expectations—convincing them that empathy would be emotionally rewarding instead of just exhausting—made participants more likely to humanize someone experiencing drug addiction. In another, earlier study, participants had greater empathy for mass suffering when they were convinced that it would not cost them financially.

Encouraged by the results, Cameron founded the Empathy and Moral Psychology Lab at Penn State. The lab explores the mechanisms involved in empathy, moral decision-making, and other ethical questions. Most recently, the lab zoomed in on not just whether and when people choose to be empathetic, but also why.

“It’s easy to think that people might avoid empathy because they just don’t want to feel bad,” Cameron says. “But what if it’s because empathy is effortful, taxing, and fatiguing? It’s hard work to try to get inside someone else’s head and feel what they’re feeling. One might be afraid of getting it wrong, or not knowing someone well enough to know what they’re feeling.”

What’s in it for me?

As we go about our day, we are constantly weighing our options. You may change the route you take to work to avoid a construction delay, or choose a lunch spot depending on who you may run into there. Cameron says this weighing of costs and benefits also applies to situations that may trigger empathy. 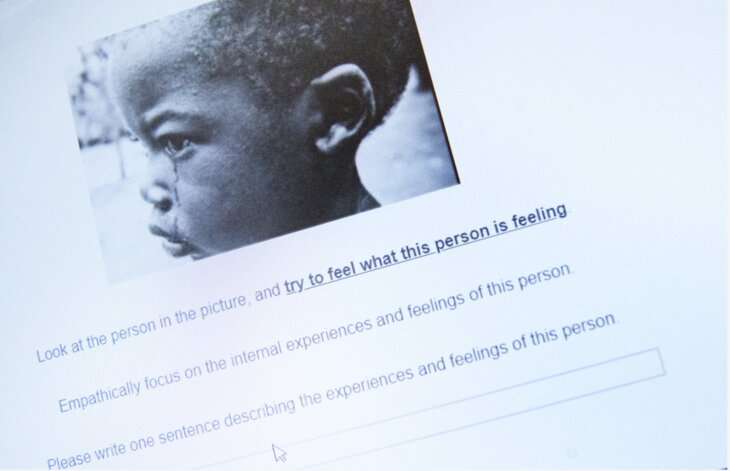 “If I’m watching TV and see a sad commercial for a charity organization like the SPCA, I may choose to keep watching and feeling that empathy, or I may choose to change the channel,” Cameron says. “This decision is based on costs and benefits. I might think it could be too emotionally exhausting to keep watching, or that I’ll be compelled to spend money and help. There’s all these interesting considerations about why we have these empathy gaps.”

To dig into why people may choose to avoid situations they think will evoke feelings of empathy, Cameron and his fellow researchers conducted several studies using a task they developed to capture these choices in action.

“Some people may think the task seems unnatural or different from how we typically think about empathy,” says Eliana Hadjiandreou, a graduate student and co-author on a paper about the work. “But it’s not unlike an everyday situation where you choose to change the channel to avoid feeling for someone, or you cross the street to avoid someone who is homeless.”

The researchers found that over several trials, the study participants vastly preferred the description deck, choosing it more often than the empathy deck.

Graduate student Julian Scheffer, also a co-author on a paper about the work, noted that it wasn’t just empathizing with suffering that proved to be hard for people in these studies.

Cameron says their work suggests that people who choose to avoid feeling empathy may do so because it’s just plain hard work.

The current state of empathy

With the rise of social media, it’s easier than ever to see what people choose to be empathetic about. People may post condolences for the victims of shootings in Paris and Christchurch while staying silent about bombings in Sri Lanka. The divide between political parties seems wider than ever. And debates rage about whether people in need deserve assistance from the government.

On top of that, some research suggests that empathy is declining. A 2010 meta-analysis of survey data found a 40 percent drop in self-reported empathy among college students between the 1970s and the early 2000s.

But Cameron says the empathy forecast isn’t as bleak as it may appear. In the empathy deck work, when participants were randomly assigned to a condition in which they were told they were skilled at empathy, he reports, those individuals were more likely to choose the empathy option.

For another thing, just because empathy is hard work doesn’t mean everyone will avoid it. Cameron says the perceived effort required may make engaging in empathy more rewarding for some people.

“There are plenty of cases in which people like doing effortful things, like charity marathon runners or people who like reading thousand-page Victorian novels,” Cameron says. “For some, it’s the effort itself that makes something worthwhile.”

Additionally, Cameron says because empathy seems to be malleable, there’s always the hope that it can increase. And changing the way we think about empathy may also help break down barriers.

“Part of it may be letting go of inhibitions a little bit,” Cameron says. “People may see roadblocks to empathy, whether it’s they themselves thinking it’s too hard, or other people telling them it’s not worth it, or thinking it will make them seem weak. Getting past those personal and social inhibitions may be key. When we do that, maybe we can see more openings for boosting empathy.”