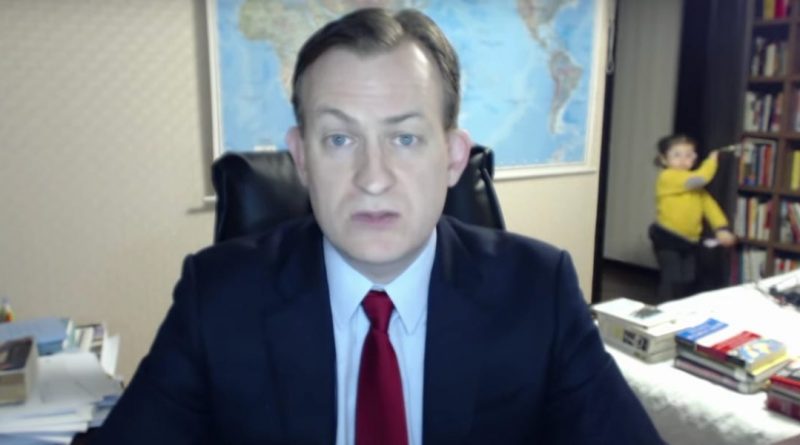 For parents working from home during the coronavirus pandemic, there's perhaps no one more relatable right now than Robert Kelly, a political analyst, who became famous in 2017 when his children interrupted a live interview with the BBC.

Kelly, along with his wife and two children, returned to the network Thursday to discuss the challenges he's facing while working from home amid the coronavirus pandemic, when people have been asked to stay indoors to help stem its spread.

"It's just really, really tough," Kelly said. He added that he thinks people in South Korea, where the Kelly family lives, are dealing with isolation well and are following the government's advice.

While Kelly spoke about the country's response, his children grew restless and started to wander around the room and make noise.

When Kelly apologized for the interruption, BBC News anchor David Eades reassured him that there was no need to say sorry, especially during the pandemic.

"That's one thing you can never apologize for now," Eades said. "It's part of the scene."

Kelly has also been documenting his experience on Twitter, asking employers to be understanding of parents' difficult work conditions.

"This is what happens when I sit down at my desk now to try to work," Kelly tweeted along with a photo of his son sitting on his shoulders. "It is basically impossible for me to work now. Be kind to your employees with kids."

After his 2017 interview was shared across the internet, Kelly said that many parents reached out to him.

He said parents from around the world said they empathized with the father of two and said they saw their own struggles to effectively balance work and family responsibilities.

"Many of the comments we received were from parents who had had similar experiences, such as locking themselves in the bathroom so their kids could not interrupt a radio interview," Kelly wrote in a 2018 article for the Interpreter. "These reactions were positive and empathetic. We were very moved by them."