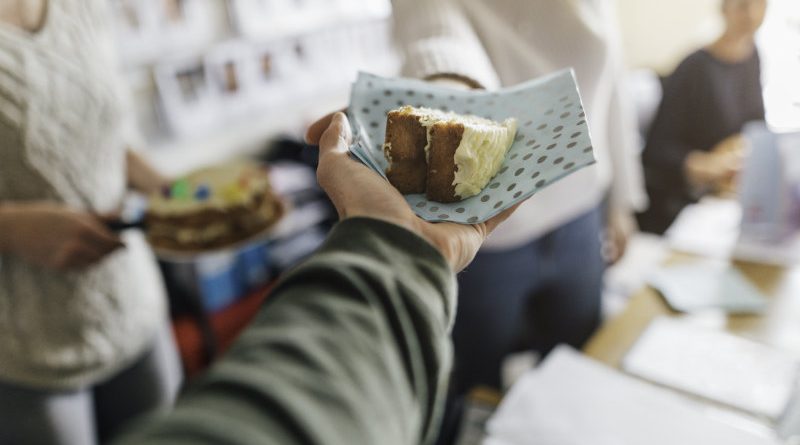 “That looks so delicious, but I can't eat things like that, it goes straight to my thighs.”

In her previous job, working at a public library in a support role, Kate* regularly endured comments from a colleague like the one above, which left her feeling "frustrated and angry".

"They were either thoughtless or passive aggressive," she says. 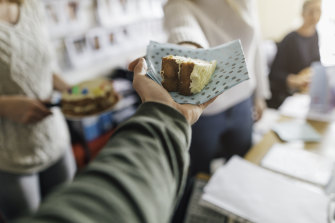 The problem with talking about your ‘naughty’ afternoon snack at work.Credit:iStock

Kate isn't alone. Mik, who works in paediatric care, finds similar comments in her workplace are most common when she and her colleagues are sharing food.

“Comments about being ‘bad’ and taking leftover dessert or eating another portion, or claims about having to ‘make it up’ later with exercise just grate on me," she says.

"I usually just respond with a shrug and a ‘food has no moral value’, but it depends on the day. Sometimes I’m just so tired of it that it seems pointless to even try.”

While many dread returning to work after the holiday season, other people’s New Years resolutions can add another layer of anxiety. Common resolutions are weight or health-based – join a gym, diet – and, although not harmful in and of themselves, the way they are brought into the workplace can be.

“Dieting and body image talk are triggering for people who have had or who have an eating disorder – they may trigger a relapse into eating and/or weight and shape preoccupations and behaviours such as binge eating, fasting or purging," says Professor Phillipa Hay, foundation chair of mental health at Western Sydney University.

Michelle Sperling, the Butterfly Foundation’s national manager of treatment and support, notes the issues that can arise from diet and negative body image talk in the workplace.

“Negative comparison between colleagues regarding weight, shape, appearance or even the meals they are eating is something that can occur as a result of such conversations in an office environment," Sperling says.

"We know that when people make negative comparisons as such, they are more likely to engage in dangerous eating and exercise behaviours.”

Allison, who works in the legal industry, has been questioned about why she is eating something “weird” at lunch so many times that she usually opts to eat at her desk instead, a move Sperling says isn't uncommon.

“People isolate themselves at mealtimes from colleagues or they avoid work events so they aren’t left feeling uncomfortable.”

Jasmine, who works in the financial services industry, has a colleague who opts to not eat lunch at all, but still joins her coworkers in the break room to talk to them about how bad their food is and why she can’t eat it. So many people complained that HR eventually intervened, but the negative diet talk has continued.

“I feel fine," she says of the comments. "But some people felt uncomfortable, so now they just don’t go into the break room as much.”

Given the ubiquity of New Years resolutions, what can be done to avoid the negative impact of diet talk in the workplace?

Professor Hay suggests information on eating disorders and potential negative impacts of diet and body image talk in the workplace should be included in workplace safety training for all staff, given at least one in 20 Australians will deal with an eating disorder in their lifetime.

Professor Hay also suggested workplaces where there may be a higher risk of disordered eating, such as dance companies, undergo eating disorder and mental health first aid training.

For Sperling, it is managers who should be creating a culture where employees aren't talking about weight, shape or appearance, and instead focus more on how a person is feeling.

Sperling also stressed the importance of fostering a body neutral environment, which could include putting up signs in the office that promote body acceptance, hosting events that celebrate body positivity, and holding workshops for staff regarding the impact of negative diet and body image talk in the workplace.