Home » Health News » What is lactic acid? (And where does it come from?) 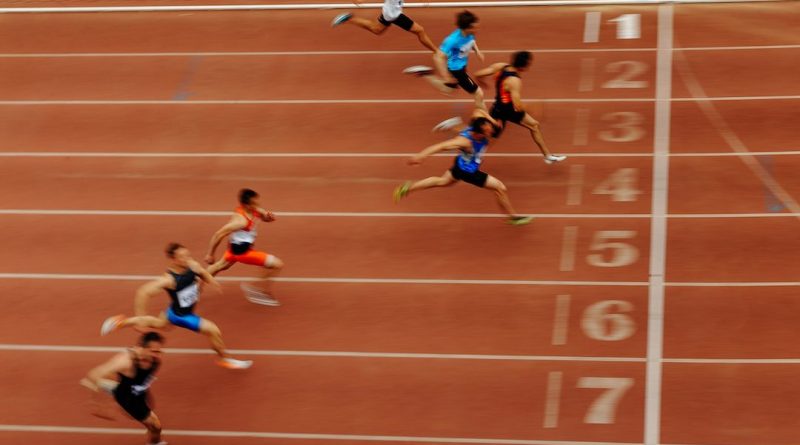 Lactic acid, or lactate, is a chemical byproduct of anaerobic respiration — the process by which cells produce energy without oxygen around. Bacteria produce it in yogurt and our guts.  Lactic acid is also in our blood, where it’s deposited by muscle and red blood cells.

It was long thought that lactic acid was the cause of muscle soreness during and after an intense period of exercise, but recent research suggests that’s not true, said Mike Gleeson, an exercise biochemist at Loughborough University London and author of “Eat, Move, Sleep, Repeat” (AGA Press, 2020).

“Lactate has always been thought of as the bad boy of exercise,” Gleeson told LiveScience.

Contrary to that reputation, lactic acid is a constant, harmless presence in our bodies. While it does increase in concentration when we exercise hard, it returns to normal levels as soon as we’re able to rest — and even gets recycled back into energy our body can use later on, Gleeson said.

Throughout most of the day, our body burns energy aerobically — that is, in the presence of oxygen. Part of that energy comes from sugar, which our muscle cells break down in a series of chemical reactions called glycolysis. (We also get energy from fat, but that involves a whole other chemical process). The end product of glycolysis is pyruvate, a chemical that the body uses to produce even more energy. But energy can be harvested from pyruvate only in the presence of oxygen. That changes during hard exercise.

When you break into an all-out sprint your muscles start working overtime. The harder you work, the more energy your muscles need to sustain your pace. Luckily, our muscles have built-in turbo-boosters, called fast-twitch muscle. Unlike slow-twitch muscle, which we use for most of the day, fast-twitch muscle is super-effective at producing lots of energy quickly and does so anaerobically, Gleeson said. Fast-twitch muscle also uses glycolysis to produce energy, but it skips harvesting energy from pyruvate, a process that takes oxygen. Instead, pyruvate gets converted into a waste product, lactic acid, and released into the bloodstream.

It’s a common misconception that muscle cells produce lactic acid when they can’t get enough oxygen, Gleeson said. “That’s not the case. Your muscles are getting plenty of oxygen,” he said. But in times of intense energy needs, muscles switch to anaerobic respiration simply because it’s a much quicker way to produce energy.

Other sources of lactic acid

Muscle cells aren’t the only sources of lactic acid. Red blood cells also produce lactic acid as they roam the body, according to the online text Anatomy and Physiology published by Oregon State University. Red blood cells don’t have mitochondria — the part of the cell responsible for aerobic respiration — so they only respire anaerobically.

Many species of bacteria also respire anaerobically and produce lactic acid as a waste product. In fact, these species make up between 0.01-1.8% of the human gut, according to a review published in the Journal of Applied Microbiology. The more sugar these little guys eat, the more lactic acid they produce.

Slightly more insidious are the lactic acid bacteria that live in our mouths. Because of the acidifying effect they have on saliva, these bacteria are bad news for tooth enamel, according to a study published in Microbiology.

Finally, lactic acid is commonly found in fermented dairy products, like buttermilk, yogurt and kefir. Bacteria in these foods use anaerobic respiration to break lactose — milk sugar — into lactic acid. That doesn’t mean that lactic acid itself is a dairy product, however — it’s 100% vegan. It happens to get its name from dairy simply because Carl Wilhelm, the first scientist to isolate lactic acid, did so from some spoiled milk, according to a study published in the American Journal of Physiology.

Your body on lactic acid

It’s common to feel a burning in your legs after you squat with heavy weights, or complete a hard workout. But contrary to popular belief, it’s not lactic acid that causes the soreness, Gleeson said.

Muscle soreness after exercise most likely has more to do with tissue damage and inflammation, Gleeson said. Hard exercise physically breaks down your muscles, and it can take days for them to recover.

Lactic acid can build up to life-threatening levels in the body, according to a review published in the Mayo Clinic Proceedings. But this condition, called acute lactic acidosis, happens because of acute illness or injury, not exercise. When tissues are deprived of blood due to a heart attack or sepsis, for example, they tend to go into anaerobic respiration, producing lactic acid.

“They get starved of oxygen,” Gleeson said.

But Gleeson said he’s never heard of a case of life-threatening lactic acidosis because of exercise. “That would be most unusual.”