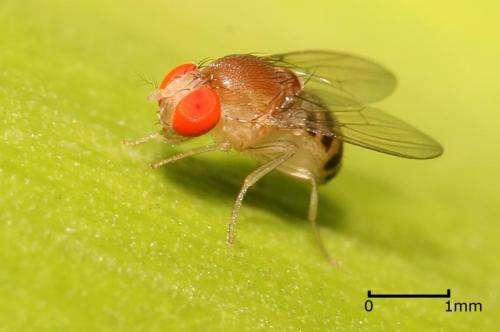 Concussions became big news when National Football League players successfully sued the league over claims that repeated head impacts from playing professional football had permanently damaged their brains. It quickly became apparent that athletes in other sports, both amateur and professional, were also at risk. And despite all we now know about the dangers of concussion, there is no good treatment for it other than to rest and hope the effects are temporary.

“The treatments for concussion are pretty non-existent,” says Derek Lee (CLAS), a graduate student in neurobiologist Geoff Tanner’s lab who hails from Tolland, Conn. Lee follows football, and the concussion lawsuits were on his mind when he had the opportunity to start research in Tanner’s lab as an undergraduate.

One of the difficult aspects of studying concussions is that it’s not entirely clear how concussions damage the brain, nor why some damage is permanent and some not. As Lee and Tanner looked into the existing research, they found evidence that concussions might kill brain cells through excito-toxicity. Excito-toxicity means that the cells get over-excited by some injury or event, and use up all their glucose, the sugar they use for energy, too fast; sometimes the cells die.

But glucose isn’t brain cells’ only source of energy; such cells can also run on ketone bodies produced from fats. Evidence from epilepsy research has shows that brain cells that metabolize ketone bodies in addition to or instead of glucose stay calmer, preventing seizures and excito-toxicity. Tanner and Lee thought that perhaps that could help prevent cell death from concussions, too.

Lee and another student, Shane Baldwin (CLAS), from Southington, Conn., designed an experiment to test the idea in fruit flies. Along with Krishna Vali (CLAS), from Seymour, Conn., and several other Tanner lab students, they put male fruit flies in a high impact trauma device to simulate repeated traumatic brain injuries. Most of the fruit flies collided with the wall of the vial, and were stunned; previous work had shown this caused injury to the fruit flies’ neurons. The Tanner Lab coined a shorthand for it: Big Adverse Neurotraumatic Generating eventS (BANGS). Essentially, BANGS give the fruit flies traumatic brain injuries similar to human concussions.

In their experiments, the group took a group of male fruit flies, and BANG’d half of them when they were five days old. (That’s equivalent to young adulthood in fruit flies.) Half the flies from each group, those BANG’d and those not, were fed a normal, high carbohydrate fruit fly diet. The other half were fed a diet supplemented with beta-hydroxybutyrate, a ketone body. It was the fruit fly version of the ketogenic diet, an eating regimen used in humans to calm epilepsy and also to lose weight.

The team found that male fruit flies who’d been BANG’d were more aggressive with each other when exposed to the body of a female fruit fly than were males without neurotrauma. The BANG’d males were more likely to flare their wings, rear up on their hind legs, and box with other males than the flies who had not been BANG’d.

However, the BANG’d males who’d eaten the ketone-supplemented diet their whole lives behaved less aggressively, more like males who hadn’t suffered a BANG.

When the researchers altered the experiment so that the flies started eating the high-ketone diet only on day five (on the day they were BANG’d), the diet still dampened aggression, suggesting it might work as a treatment, protecting injured brain cells and helping them recover.