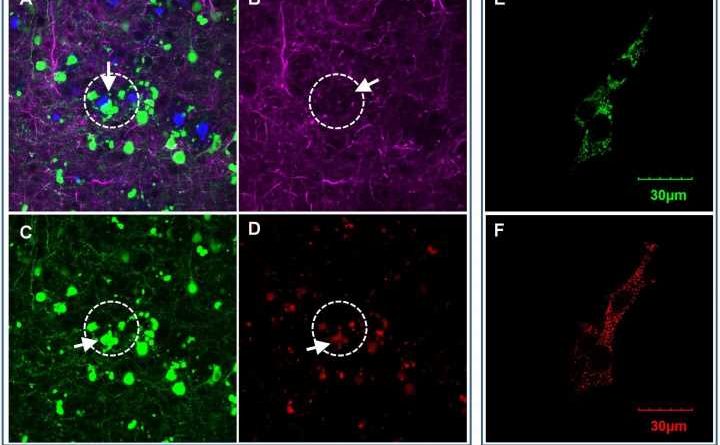 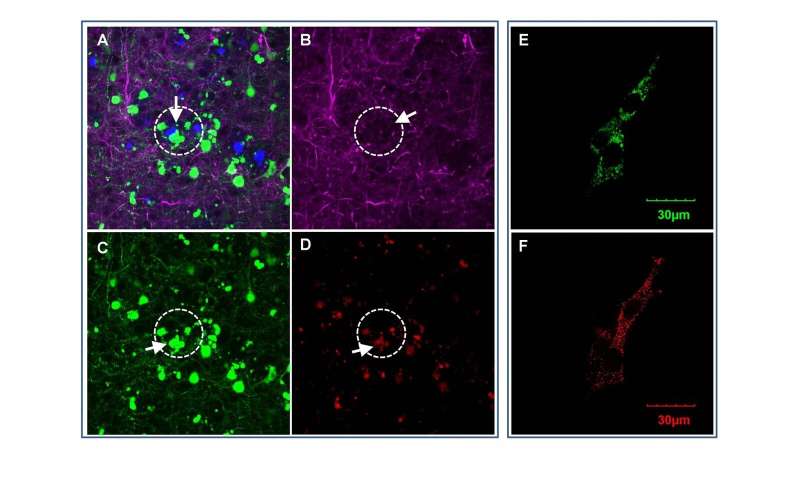 “Our finding suggests another known protein may be coming into play here, which could help us identify a new therapeutic target one day,” said Stephen T.C. Wong, Ph.D., lead author and Associate Director of Bioinformatics and Biostatistics Cores at Houston Methodist Cancer Center. “These findings may suggest a different role of the protein amyloid beta in neurodegeneration. Many Alzheimer’s researchers have focused on amyloid beta alone, or connections between amyloid beta and another protein, tau.”

In a study published online in the journal EBiomedicine, Wong and his team at the Ting Tsung and Wei Fong Chao Center for BRAIN of Houston Methodist, reported on a new role of OCIAD1 (ovarian cancer immune-reactive antigen domain containing 1). Originally discovered for its effect on ovarian cancer metastasis and stem cell metabolisms, Wong’s group found the OCIAD1 protein in human brain cells—and determined it impairs neurons and damages synapses in the brain, contributing to neurodegeneration in Alzheimer’s disease.

“Our research addresses a fundamental question of Alzheimer’s disease—how, or if, amyloid beta accumulation that can be seen up to two decades prior to brain function decline is involved in progressive neurodegeneration,” said Wong, who is John S Dunn Sr. presidential distinguished chair in biomedical engineering and professor of computer science and bioengineering in oncology at Houston Methodist. “Examining factors that contribute to the progressive decline in people with Alzheimer’s will help us develop diagnostic biomarkers and new therapeutics.”

The scientists culled through archived bioinformatics data of brain tissue from deceased Alzheimer’s patients, as well as mouse models by blending computational methods with laboratory research. They determined that OCIAD1 plays a role in the disease’s progressive neurodegeneration by impairing mitochondria function. Known as the powerhouse of cells, damage to mitochondria results in the trickle-down cell death effect in the brain leading to neuron damage.

“We applied a system biology strategy to see if we could find a different mechanism of neurodegeneration in Alzheimer’s disease. We identified OCIAD1 as a new neurodegeneration-relevant factor, predicted its function, and demonstrated it mediates the long-term impact of amyloid beta on cells and synaptic damages by impairing mitochondria function,” said Xuping Li, Ph.D., co-corresponding author and an instructor in Wong’s group.

Alzheimer’s research has traditionally focused on a few major themes—the role of the amyloid protein on neuronal loss and how this toxic protein causes injury by interacting with tau. More recently, however, other research considers amyloid beta a bystander and questions whether it causes neuronal degeneration at all.

Wong’s group next intends to examine whether OCIAD1 plays a role in the interplay between two known changes in Alzheimer’s—amyloid beta and tau aggregates. If so, additional research would focus on the potential of OCIAD1 as a biomarker or therapeutic target.