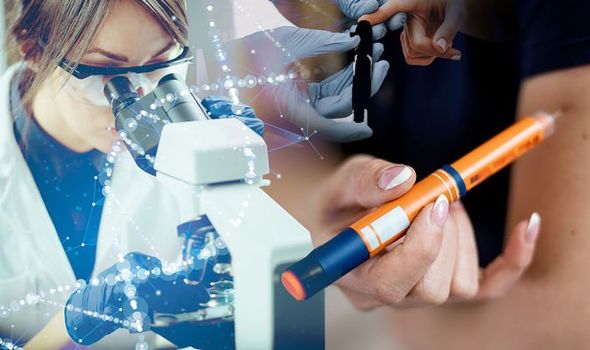 Five thousand obese patients will be handed a daily soup or shake when the programme starts in April. The NHS currently issues advice on how to eat more healthily and exercise. If successful the diet could become a new intervention for a condition that currently costs the NHS £14billion a year. Professor Roy Taylor, of Newcastle University, said: “This means we can now see Type 2 as a simple condition where the individual has accumulated more fat than they can cope with.

“Importantly, this means through diet and persistence patients are able to lose the fat and potentially reverse their diabetes.

“The sooner this is done after diagnosis the more likely it is remission can be achieved.”

In tests overseen by the medicine and metabolism expert, one quarter of those on the 800-calorie liquid daily diet for 12 months lost 33lb or more and almost nine in 10 of this group put Type 2 into remission.

Generally, the NHS recommended daily calorie intake is 2,000 calories a day for women and 2,500 for men. 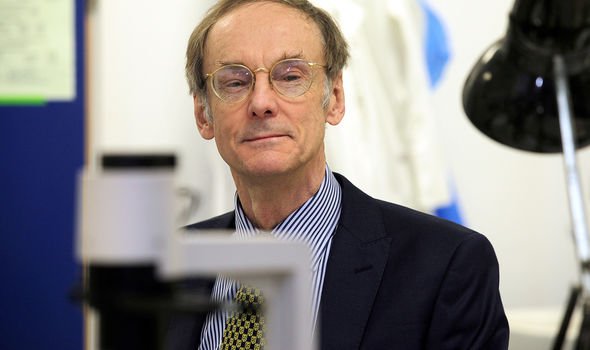 Almost 4 million are blighted by the disease, with that number set to rocket to 5.5 million by 2030.

One in 10 aged over 40 is now battling a lifelong condition that can lead to blindness, amputations, heart disease and kidney failure.

Another 12.5 million are at increased risk because of chronically unhealthy lifestyles.

In studies carried out at Newcastle University’s Institute of Translational and Clinical Research, Prof Taylor and Prof Mike Lean, of Glasgow University, proved Type 2 was triggered when fat spills from the liver into the pancreas.

The discovery was made in studies on those who previously had the disease but lost weight and successfully reversed the condition as part of the pioneering Diabetes Remission Clinical Trial study.

The biggest ever research investment was funded with a £2.8million injection from Diabetes UK.

More than one third were free of diabetes and off all medication for at least two years but a small group went on to regain weight and redeveloped Type 2.

Prof Taylor said: “We saw that when a person accumulates too much fat, which should be stored under the skin, then it has to go elsewhere in the body.

“The amount that can be stored under the skin varies from person to person. 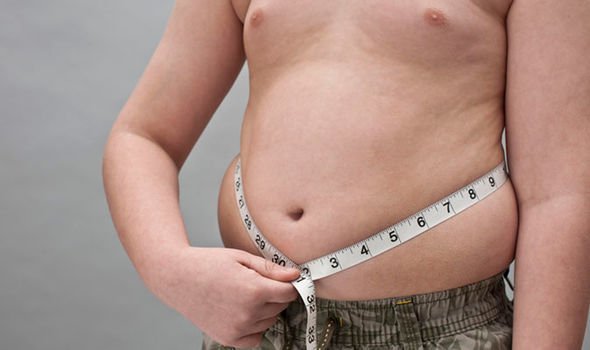 “When fat cannot be safely stored under the skin, it is then stored inside the liver, and over-spills to the rest of the body, including the pancreas.

“This clogs up the pancreas, switching off the genes which direct how insulin should effectively be produced, and this causes Type 2.”

The study confirms his so-called Twin Cycle Hypothesis – that Type 2 is caused by excess fat gradually building up within both the liver and pancreas, but that the process is reversible.

Type 2 is much more aggressive in children and young people than adults, with a higher overall risk of complications appearing much earlier.

The risk of developing the condition is significantly increased by being overweight or obese.

Symptoms include going to the lavatory regularly, being thirsty, feeling more tired than usual and weight loss – all of which can be easily missed.

By the time it is diagnosed one in three people already have complications with their eyes, feet, kidneys or nerves, with some needing amputations.

Of major concern to health chiefs is that the proportion of young adults diagnosed with Type 2 has risen by a third since 2000.

Around one in eight new cases is in someone aged between 18 and 40.

Ten years ago no child in Britain had Type 2, but there are now hundreds with the disease. 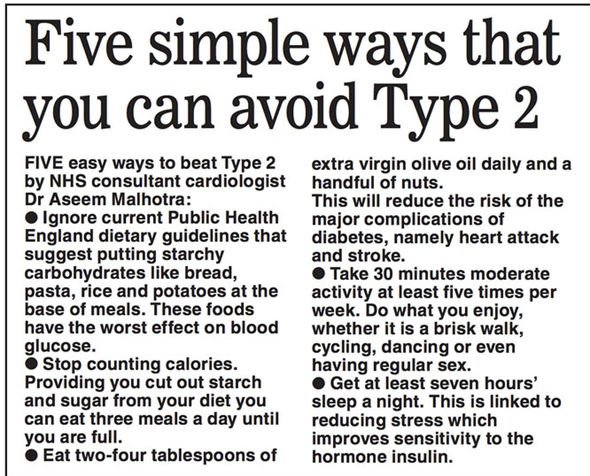 Nine in 10 sufferers are overweight or obese and do not produce enough insulin – the hormone regulating blood glucose levels – or the insulin they produce does not work properly.

In Type 2, the pancreas becomes unable to produce insulin fast enough and the cells do not react to it properly, meaning glucose remains in the bloodstream and is not used as fuel for energy.

Tam Fry, of the National Obesity Forum, said: “The age of diagnosis is tumbling and of the 5.5 million diagnoses projected for 2030, thousands will still be children. That will be truly shocking.”