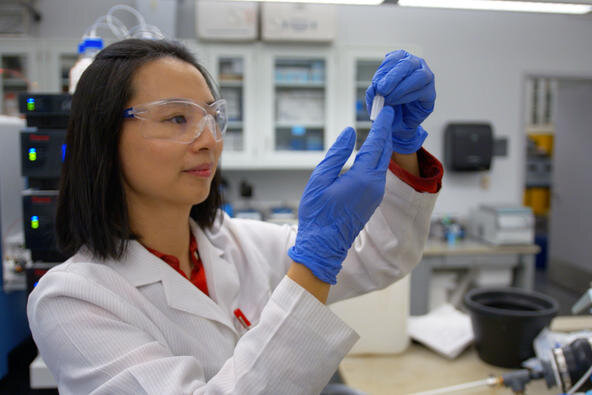 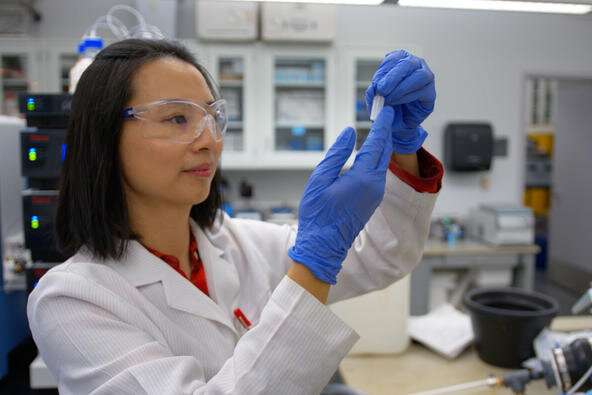 Research from the University of Kentucky’s Superfund Research Center (UK-SRC) shows that a diet high in fiber could possibly reverse the adverse effects that environmental toxins have on cardiovascular health.

The findings are part of UK-SRC’s “Project #1,” which examines how nutrients affect toxicity caused by polychlorinated biphenyls (PCBs) in vascular tissues.

PCBs are man-made chemicals that were used in industrial and commercial applications and have been linked to a number of adverse health effects in humans and animals. Although they were banned more than 40 years ago, PCBs can still be released into the environment from poorly maintained hazardous waste sites.

Prior UK-SRC research in the lab of Bernhard Hennig, a professor in UK’s Department of Animal & Food Sciences, found a connection between PCBs and cardiovascular disease. Pan Deng, a postdoctoral researcher working in Hennig’s lab, is continuing this research with a study that found that nutrients including fiber reduced PCB toxicity in multiple organ systems, including gut microbiota, liver and vasculature.

“Using animal models, we found that eating a high-fiber diet can prevent pollutant-induced cardiovascular disease,” said Deng. “This finding may lead to nutritional and therapeutic interventions in people who are exposed to PCBs.”

Deng’s field of research is called metabolomics, and it examines how metabolites within a cell, tissue or biofluid of an organism respond to external stressors—in this case the toxic exposure from PCBs. Deng checks levels of nutrients and pollutants in the cells through liquid and gas chromatography testing. The process is called metabolic profiling.

“Metabolic profiling gave us the power to discover how environmental pollutants contribute to human disease. The very important thing is that this technology can be applied to biological samples obtained from humans,” said Deng.

The findings may be beneficial to those impacted by or residing near toxic Superfund chemicals, which include PCBs.

The Environmental Protection Agency (EPA) has designated thousands of contaminated sites in the U.S. as “Superfund” sites. They include manufacturing facilities, processing plants, landfills and mining sites where hazardous waste has been improperly managed.

Kentucky is home to 20 (13 active) EPA National Priorities List Superfund hazardous waste sites. The UK-SRC is an interdisciplinary program including researchers from several UK colleges that strives to reduce the negative health and environmental impacts of chlorinated organic compounds found at these sites across Kentucky and the U.S.