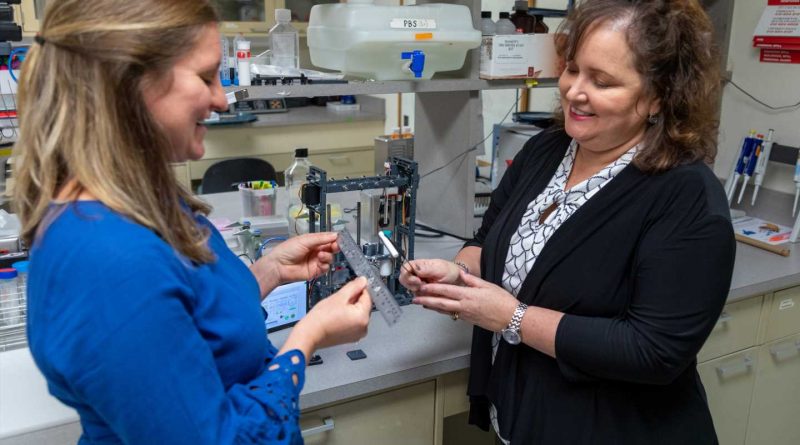 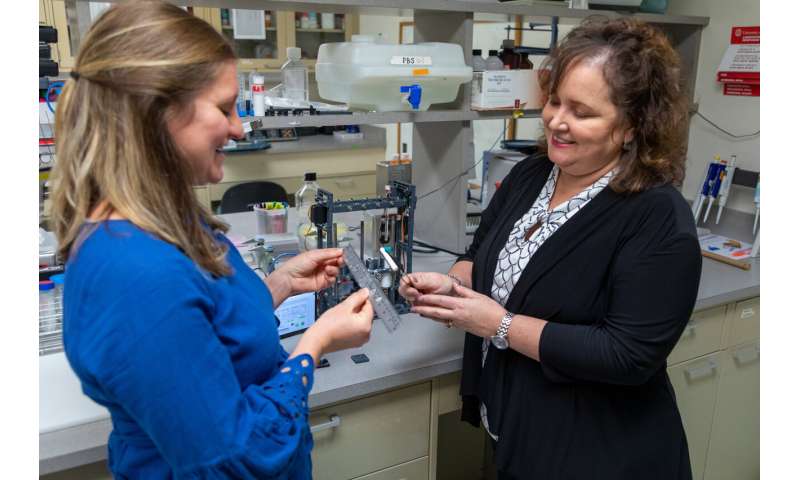 University of Pittsburgh School of Medicine researchers have created a biodegradable nerve guide—a polymer tube—filled with growth-promoting protein that can regenerate long sections of damaged nerves, without the need for transplanting stem cells or a donor nerve.

So far, the technology has been tested in monkeys, and the results of those experiments appeared today in Science Translational Medicine.

“We’re the first to show a nerve guide without any cells was able to bridge a large, 2-inch gap between the nerve stump and its target muscle,” said senior author Kacey Marra, Ph.D., professor of plastic surgery at Pitt and core faculty at the McGowan Institute for Regenerative Medicine. “Our guide was comparable to, and in some ways better than, a nerve graft.”

Half of wounded American soldiers return home with injuries to their arms and legs, which aren’t well protected by body armor, often resulting in damaged nerves and disability. Among civilians, car crashes, machinery accidents, cancer treatment, diabetes and even birth trauma can cause significant nerve damage, affecting more than 20 million Americans.

Peripheral nerves can regrow up to a third of an inch on their own, but if the damaged section is longer than that, the nerve can’t find its target. Often, the disoriented nerve gets knotted into a painful ball called a neuroma.

The most common treatment for longer segments of nerve damage is to remove a skinny sensory nerve at the back of the leg—which causes numbness in the leg and other complications, but has the least chance of being missed—chop it into thirds, bundle the pieces together and then sew them to the end of the damaged motor nerve, usually in the arm. But only about 40 to 60% of the motor function typically returns.

“It’s like you’re replacing a piece of linguini with a bundle of angel hair pasta,” Marra said. “It just doesn’t work as well.”

Marra’s nerve guide returned about 80% of fine motor control in the thumbs of four monkeys, each with a 2-inch nerve gap in the forearm.

The guide is made of the same material as dissolvable sutures and peppered with a growth-promoting protein—the same one delivered to the brain in a recent Parkinson’s trial—which releases slowly over the course of months. 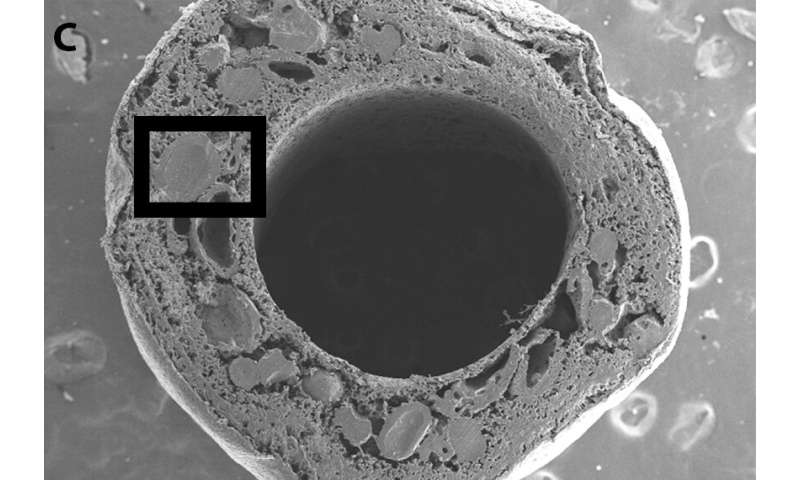 The experiment had two controls: an empty polymer tube and a nerve graft. Since monkeys’ legs are relatively short, the usual clinical procedure of removing and dicing a leg nerve wouldn’t work. So, the scientists removed a 2-inch segment of nerve from the forearm, flipped it around and sewed it into place, replacing linguini with linguini, and setting a high bar for the nerve guide to match.

Functional recovery was just as good with Marra’s guide as it was with this best-case-scenario graft, and the guide outperformed the graft when it came to restoring nerve conduction and replenishing Schwann cells—the insulating layer around nerves that boosts electrical signals and supports regeneration. In both scenarios, it took a year for the nerve to regrow. The empty guide performed significantly worse all around. 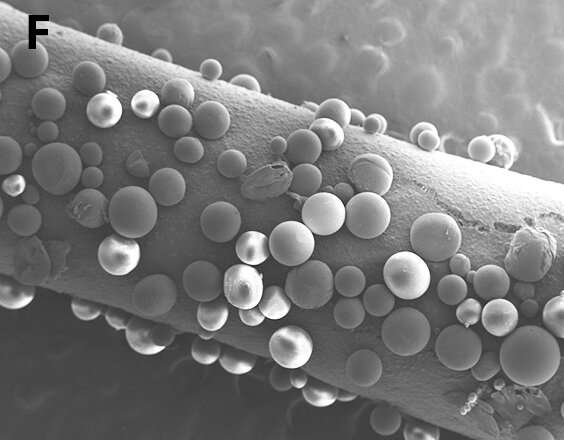 With these promising results in monkeys, Marra wants to bring her nerve guide to human patients. She’s working with the Food and Drug Administration (FDA) on a first-in-human clinical trial and spinning out a startup company, AxoMax Technologies Inc.