Home » Health News » Coronavirus: There is no global south exceptionalism 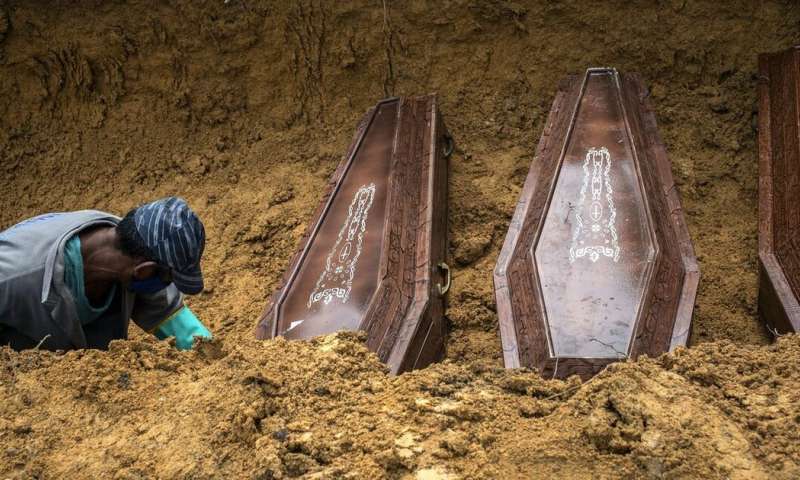 For most of us in the west, epidemics are what happen to other people. COVID-19 has changed that.

For more than two months we have been consumed by daily death counts and the latest news from Italy, Spain, France and the US. We are aware that China claims to have almost stamped out domestic transmission. The more well-read can talk about contact tracing in South Korea and Taiwan, and the possibility that Australia and New Zealand may set up a COVID-19-free travel zone. Some have wondered why we aren’t hearing about the people in the global south who are the usual far-away victims of epidemics.

Early hopes that warmer climates might mitigate SARS-CoV-2 have been largely overturned by counter-examples, such as Singapore where warm weather and rapid spread coincide. This coronavirus is new, so pre-existing immunity in some regions is not a factor either.

There are two reasons why we have not been reading more about the epidemic in the global south. First, it is occurring later there. And second, we are not paying attention.

Look at any map of COVID-19 cases over time and the pattern is clear through to the middle of March – China was hit first, followed by its neighbors, then Iran, western Europe, the UK and the US. The deaths we are seeing now are following two to six weeks later in the same pattern.

This pattern almost exactly overlays the map of global air travel. Infectious disease modelers have known for decades that the spread of flu viruses is predicted by patterns of air travel. With COVID-19, countries with high volumes of air travel with China were affected first, and then it spread from those countries to the others with which they have the most air links.

For instance, the epidemic on the US west coast appears to have been seeded by a SARS-CoV-2 strain from China, whereas in New York City the predominant viruses are related to the slightly different strains circulating in Italy.

Notable on the map of international air travel is the paucity of flights to Africa. And while there are a lot of internal flights in India, there are relatively few from China. So a highly contagious virus that doesn’t need a tropical “vector,” such as a mosquito, is likely to follow the pattern we have observed. 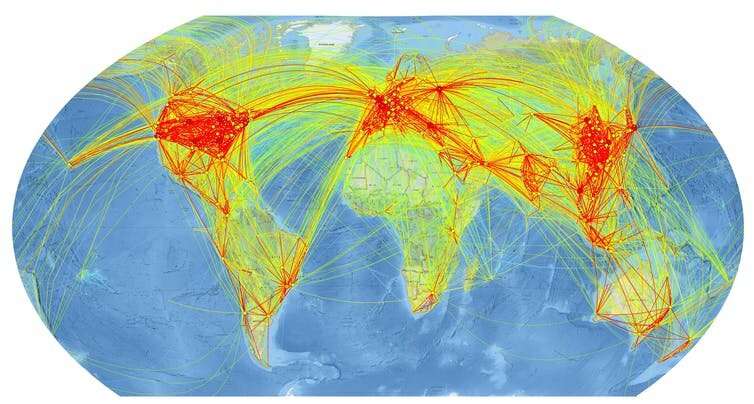 Only weeks behind the west

The virus may have got to the global south later, but all the evidence is that it has arrived, behaves the same way, and that these countries are only a few weeks behind in their epidemics. Reports from Ecuador, Brazil, Chile, India, Indonesia and South Africa all suggest epidemics that are taking off, albeit at a slower pace in the countries that have lockdowns and social distancing in place.

Many countries in the global south have limited testing capacity, and so the epidemic can advance undetected well before the waves of death. Just as in the west, some countries are in denial. But the facts are a quick internet search away. We hear less about what is happening in Chennai than Cheltenham, the western Cape than Westminster, because we are so focused on trying to dig out of our own problem.

Horrible though these last few months have been, the health impact in less developed countries will be worse. While we worried about not having enough ventilators, it was reported that at least ten countries in Africa don’t have a single ventilator. While oxygen saved the life of the British prime minister, many hospitals in Africa have shortages of soap, let alone oxygen. In India, over 80% of deaths happen at home, often without medical interventions. A younger age structure may mean fewer deaths per million, but the toll will be high, and almost certainly underestimated.

Locked down, with employment uncertain and the NHS under immense strain, it is no wonder we are concentrating on what is happening to our friends and neighbors. Shockingly, the field hospitals we set up in west Africa during the Ebola epidemic have now popped up in the convention centers of our own cities. But let’s spare a thought for those living in countries in which the health system barely exists, the international charities are stretched thin, and who know that help is not arriving from western countries that are frantically stockpiling PPE and cannot spare personnel.