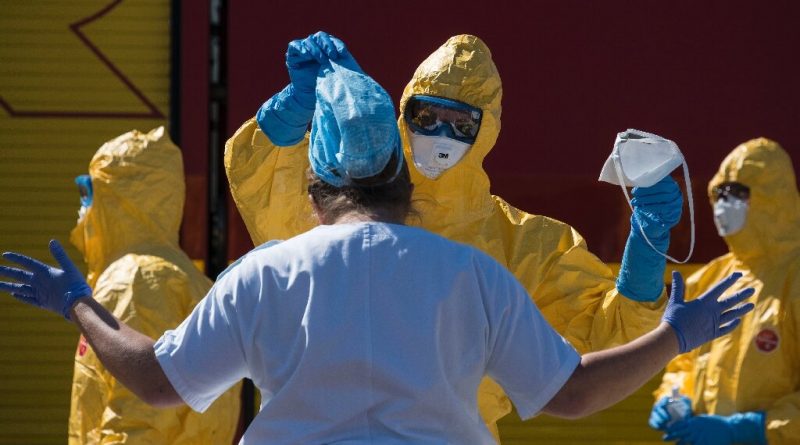 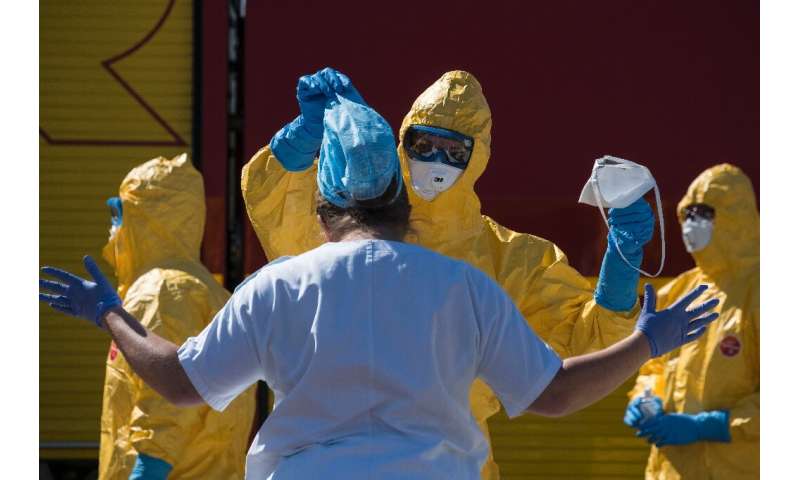 The coronavirus pandemic has claimed more than 30,000 lives in Europe alone, a global tally showed Wednesday, in what the head of the United Nations has described as humanity’s worst crisis since World War II.

Italy and Spain bore the brunt of the crisis, accounting for three in every four deaths on the continent, as the grim tally hit another milestone even though half of the planet’s population is already under some form of lockdown in a battle to halt contagion.

Across the Atlantic, President Donald Trump warned of a “very, very painful two weeks” as the United States registered its deadliest 24 hours of what he called a “plague”.

America’s outbreak has mushroomed rapidly. There are now around 190,000 known cases—a figure that has doubled in just five days.

Some 41,000 deaths have been recorded worldwide from more than 830,000 infections since the pandemic emerged in China in December.

For UN Secretary-General Antonio Guterres, the extraordinary economic and political upheaval spurred by the virus presents a real danger to the relative peace the world has seen over the last few decades.

The “disease… represents a threat to everybody in the world and… an economic impact that will bring a recession that probably has no parallel in the recent past.

“The combination of the two facts and the risk that it contributes to enhanced instability, enhanced unrest, and enhanced conflict are things that make us believe that this is the most challenging crisis we have faced since the Second World War,” he said. 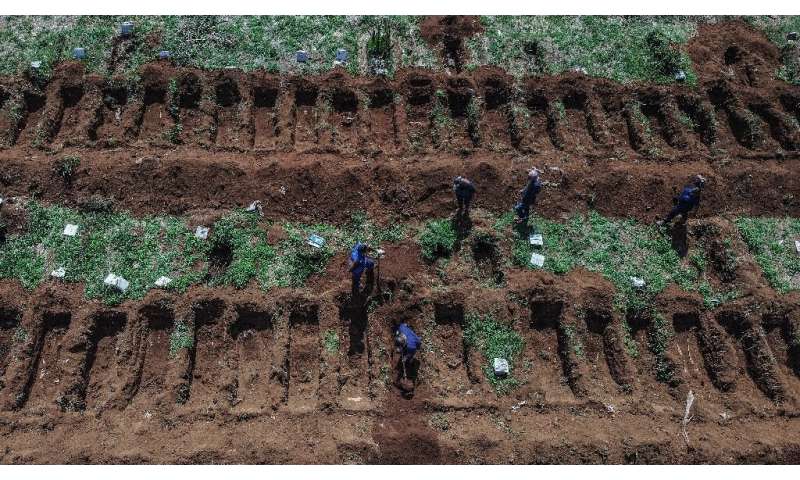 As companies shut down for undetermined periods and entire workforces are forced to stay home to halt the spread of COVID-19, scenes of economic desperation and unrest were emerging across the globe.

In Italy, queues were lengthening at soup kitchens while some supermarkets were reportedly pillaged.

It was crucial to “ensure that the economic crisis unleashed by the virus don’t become a security crisis,” he warned.

The economic pain of lockdowns is especially acute in the developing world.

In Tunisia several hundred protested a week-old lockdown that has disproportionately hit the poor. 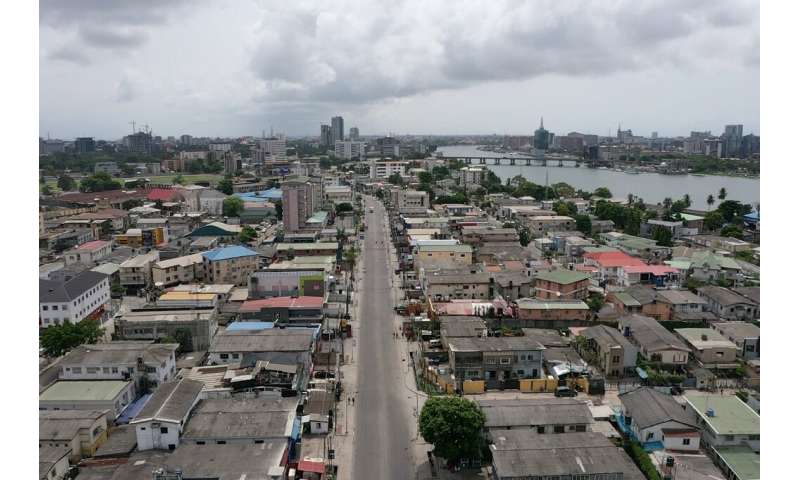 “Never mind coronavirus, we’re going to die anyway! Let us work!” shouted one protester in the demonstration on the outskirts of the capital Tunis.

Africa’s biggest city Lagos was set for its second full day of lockdown on Wednesday—but with some of the world’s biggest slums, home to millions who live hand-to-mouth, containment will be difficult.

Wary of a collapse of the world’s economy with shops shuttered and millions forced into shorter working hours or losing their jobs completely, the globe’s leading central bankers have pumped billions of liquidity into the system.

Last week, G20 leaders said they were injecting $5 trillion into the global economy to head off a feared deep recession.

In the European Union, however, battle lines have been drawn over the terms of a rescue plan.

Worst-hit Italy and Spain are leading a push for a shared debt instrument—dubbed “coronabonds”.

But talk of shared debt is a red line for Germany and other northern countries, threatening to divide the bloc.

The tone sharpened this week, with Italian politicians even taking out an advertisement in a major German newspaper to remind Europe’s biggest economy of WWII debts in a bid to jolt it into action. 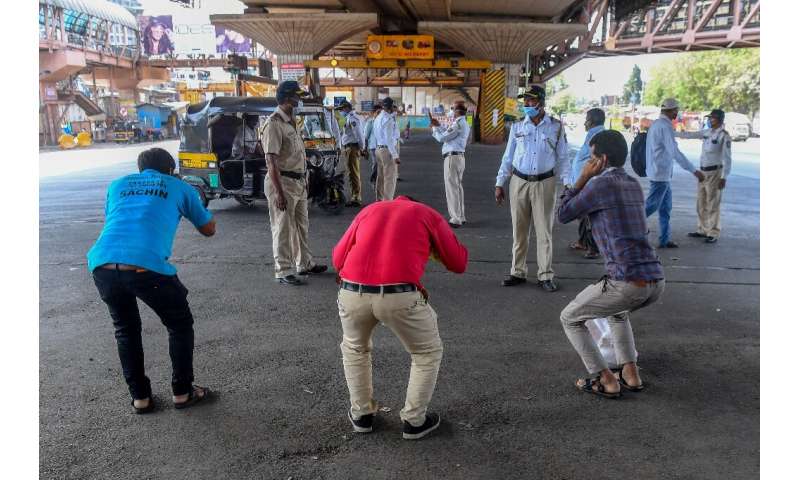 The economic cost of the crisis could still worsen as lockdowns remain at the forefront of official disease-stopping arsenals—a strategy increasingly borne out by science.

Researchers said China’s decision to shutter Wuhan, ground zero for the global COVID-19 pandemic, may have prevented hundreds of thousands of new cases.

“Our analysis suggests that without the Wuhan travel ban and the national emergency response there would have been more than 700,000 confirmed COVID-19 cases outside of Wuhan” by mid February, said Oxford University’s Christopher Dye.

At the same time, focus is now turning to how asymptomatic cases may be fuelling the spread.

China on Wednesday said it has more than 1,300 asymptomatic coronavirus cases, the first time it has released such data following public concern over people who have tested positive but are not showing symptoms.

Experts agree that asymptomatic patients are likely to be infectious, but it remains unknown how responsible they are for spreading the deadly virus.

Germany and France were also ramping up testing of the population to establish how many already have immunity. 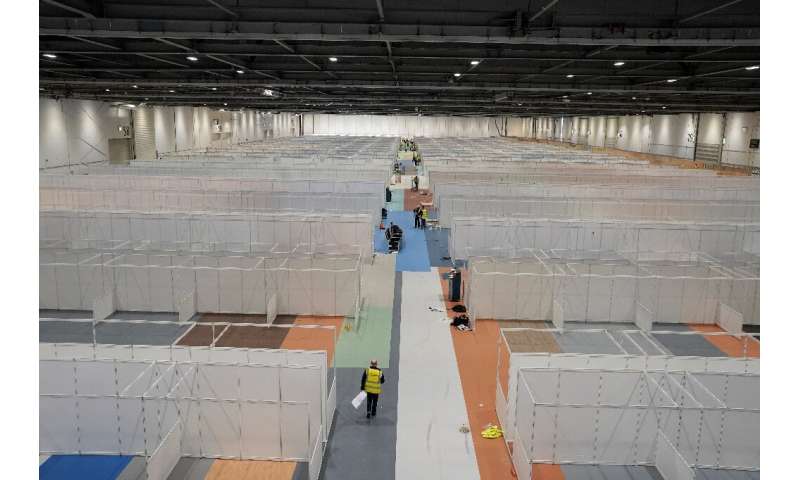 The inundation of patients has sent health facilities worldwide into overdrive.

Emergency hospitals are popping up in event spaces while distressed medical staff make grim decisions about how to distribute limited protective gear, beds and life-saving respirators.

In scenes previously unimaginable in peacetime, around a dozen white tents were erected to serve as a field hospital in New York’s Central Park.

But even with the extended capacity, doctors say they are still having to make painful choices.