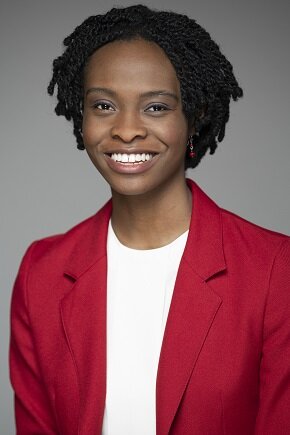 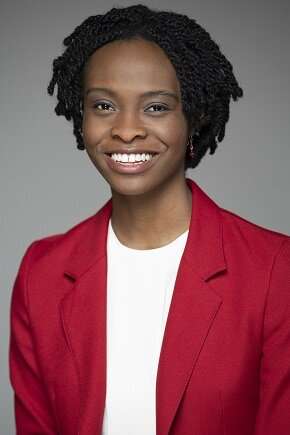 For months in 2019, Chidiogo Anyigbo, M.D., MPH, had been consumed by the need to learn more and read more about the upcoming 2020 Census. Dr. Anyigbo realized that in asking peers to underscore the importance of the Census with patients and families, the pediatrician hadn’t yet put herself in their shoes.

In late-December 2019, she decided it was time act. She fastened a big yellow pin provided by the DC Mayor’s Census Complete Count Committee that stated “Ask me about the 2020 Census” and that day strove to weave her brief spiel into patients’ clinical visits.

“To my surprise, I was able to have a meaningful exchange in two minutes. I discovered ways towork the topic into conversation while gathering the social history, finishing the physical examor when providing anticipatory guidance. While some parents met my question with a quizzicallook, others were excited to share their positive and negative thoughts about the Census,” Dr. Anyigbo writes in “In the Moment,” the latest installment in a narrative series published by Academic Pediatrics.

Dr. Anyigbo’s research focuses on the relationship between stress, health and social determinants of health. She aims to develop family-centered interventions that can support parents in minimizing the toxic effects of adversity on children. For her, an accurate Census count can play a critical role since the data drives funding for key resources such as health care, schools, grocery stores and nutrition programs that are critical to disrupting the negative effects of poverty and other adverse experiences.

One of her encounters that clinic day was with a mother and her 11-year-old son who had not participated in the 2010 Census. Dr. Anyigbo’s narrative describes how she was able to learn why and discuss with the family the importance of completing this year’s Census.

“The exchange with this mother and son put a face to the statistic of the 1 million children notcounted in the 2010 Census,” Dr. Anyigbo writes in the narrative. “Thinking about my patient, I realize that for a majority of his childhood, he was invisible and not counted in the planning and allocation of resources for programs such as Medicaid, Women, Infants and Children (WIC) and funding for Title I schools for his community. His complex housing situation put him, along with children who live with grandparents or households with low English proficiency, at the greatest risk of being missed in the Census.”

Because of her passion for her patients and the community she serves, Dr. Anyigbo plans to bring up the importance of the Census again and again, well beyond the April 1, 2020, official Census Day.