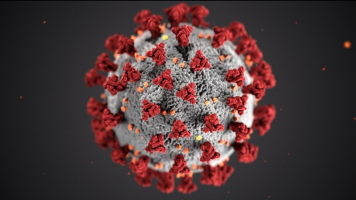 As the MENA region continues its fight to contain the outbreak of novel coronavirus, the Kingdom of Saudi Arabia has announced it has donated $10 million in financial support to the World Health Organization (WHO). This follows the Saudi government’s announcement on Monday that it has suspended travel to and from nine more countries for both its citizens and residents: the United Arab Emirates, Kuwait, Bahrain, Lebanon, Syria, South Korea, Egypt, Italy, and Iraq.

As per the latest numbers released by the Saudi Ministry of Health, five new cases of coronavirus have been confirmed, bringing the total number in the Kingdom up to 20.

Earlier this week, the country suspended schools and universities nationwide, and imposed a temporary lockdown on the province of Qatif, home to most of its coronavirus infections. It also announced that fines of up to SAR 500,000 ($133,000) would be imposed on anyone who fails to disclose their travel history or health information upon entry to the country.

The Saudi government’s pledge follows an urgent appeal by the WHO to all countries to intensify their efforts in combatting the spread of the virus, King Salman Humanitarian Aid and Relief Centre said.

This is part of the total $675 million in funds that the Strategic Preparedness and Response Plan has called for, of which $61.5m is for WHO’s “urgent preparedness and response activities for the period of February to April 2020”.

However, money is also being allocated towards research, with global bodies releasing emergency funding for R&D to create a better understanding of COVID-19 and fast track the development of vaccines, diagnostics, and therapeutics.

Although there is currently no cure, scientists, healthcare professionals and governments around the world are reportedly working together closely to find a solution. Several international bodies have signed a joint digital statement agreeing to openly share research findings with the global research community as soon as they are available.

At present, a number of antiviral therapies, as well as an experimental vaccine, are in trial.

According to Genetic Literacy Project, the genome of the coronavirus has been sequenced, with its genetic code potentially able to provide insights into how the disease begins and spreads from human to human. Shared digitally between the global research community, it is hoped that the efficient sharing of information could assist pharmaceutical companies in drug development.

Countries in the MENA region continue to be affected by the spread of COVID-19, with Lebanon recording its first death from the virus on Tuesday.

In the GCC, the UAE’s Ministry of Health and Prevention on Tuesday confirmed 15 new cases, bringing the total number of infected individuals to 74. However, 12 cases have reportedly already recovered. The Dubai Health Authority (DHA) has confirmed to the media, meanwhile, that individuals returning from one of the top 10 countries reporting local transmission  will have to undergo mandatory home isolation for 14 days. Countries “of concern” include China, Hong-Kong, Italy, Iran, South Korea, Japan, Germany, Singapore and France.

In Kuwait, the issuing of all visas has been suspended until further notice.

To date, cases have also been reported in the region in Afghanistan, Bahrain, Egypt, Iraq, Oman, Morocco, Qatar and others.

“This is a matter of community health and it’s a precaution that should be taken seriously,” said Dr Manal Taryam, CEO of primary healthcare at the DHA. “[The] DHA and all relevant health authorities are working together and have in place screenings at the airport as well as after-travel precautions that people with a recent history of travel to places of concern must follow.

“All these measures are aimed to control and slow the spread of coronavirus.”